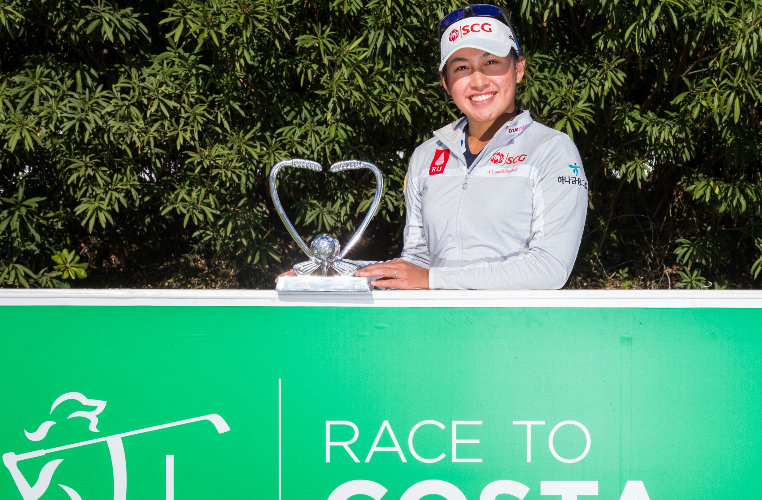 A new Ladies European Tour (LET) season is upon us with the Magical Kenya Ladies Open, which is taking place at Vipingo Ridge next week, marking the start of the 2022 Race to Costa del Sol.

The Race to Costa del Sol, which is the official LET ranking, offers a € 250,000 bonus pool to the top three finishers. The Race begins in Kenya with the first of 31 LET tournaments spanning 21 countries in a record-breaking 2022 LET schedule and concludes with the Andalucía Costa del Sol Open de España in Spain in late November.

Last season, Thailand’s Atthaya Thitikul won the second edition of the Race following in the footsteps of Denmark’s Emily Kristine Pedersen. In what was a remarkable first season on Tour, the 18-year-old won two titles and only finished outside the top six in individual events on three occasions to become the youngest winner of the accolade.

Thitikul won the crown by a margin of 1,638.07 points and became the fourth player to win both the Race to Costa del Sol and Rookie of the Year titles in the same season, while the teenager also climbed up to No. 18 in the Rolex Women’s World Golf Rankings.

The 2022 season gets underway at Vipingo Ridge in Kenya before a few weeks later heading to Royal Greens for the Aramco Saudi Ladies International Presented by Public Investment Fund. The Tour then has two weeks in South Africa with the Joburg Ladies Open followed by the Investec South African Women’s Open.

After that, the LET heads down under for the first time since 2020 with the Australian Women’s Classic – Bonville and Women’s NSW Open. A return to Europe then happens with the Madrid Ladies Open, Jabra Ladies Open, the Mithra Belgian Ladies Open and the Volvo Car Scandinavian Mixed Hosted by Henrik & Annika.

The Aramco Team Series is back again in 2022 with five events on the schedule in Asia, London, Sotogrande, New York and Jeddah. Heading into the summer, the Tipsport Czech Ladies Open and Big Green Egg Open will take place before the Amundi Evian Championship.

Golf is back on the shores on the UK with the Trust Golf Women’s Scottish Open, the AIG Women’s Open and ISPS Handa World Invitational presented by Modest! Golf. While Sweden hosts another event with the Skafto Open before the Tour heads to Finland for the Aland 100 Ladies Open By Alandsbanken.

Switzerland is next in the schedule followed by the Lacoste Ladies Open de France, the return of the Women’s Irish Open and the Estrella Damm Ladies Open Presented by Catalunya. After a trip across the Atlantic for the Aramco Team Series – New York, the Tour will head to Asia for the Hero Women’s Indian Open, the Dubai Moonlight Classic, and the Aramco Team Series – Jeddah.

The president of Turismo Costa del Sol, Francisco Salado, has emphasized how proud his organization is to be part of the Ladies European Tour for another year, stressing the opportunity that the Race to Costa del Sol represents for this tourist destination. He said: “Giving the name to the annual ranking and to continue another year linked to the Ladies European Tour is a source of pride for the entire Costa del Sol, as we are raising our tourist destination to the highest category of European and world golf. Our involvement in the Race to Costa del Sol demonstrates this organization’s firm commitment to golf, which provides so many benefits to our destination, and specifically to women’s golf. Our courses are in peak condition thanks to the effort and great work of the professionals who work on them. ”

LET CEO Alexandra Armas commented: “We can not wait for the 2022 season to get underway in Kenya and to see who will be crowned the third winner of the Race to Costa del Sol. Last season, Atthaya Thitikul was a deserving winner of the title with her unbelievably consistent performances across the entire season. Atthaya also showed what is possible by playing on the LET as she climbed to No. 18 in the Rolex Women’s World Golf Rankings. I would like to thank the Costa del Sol Tourist Board for their unwavering support over the past couple of years and we are looking forward to the season ahead. ”

The Race to Costa del Sol begins next week… join the conversation at @LETgolf using the hashtag #RaceToCostaDelSol.

Saul “Canelo” Alvarez just suffered his second career loss earlier this month when he was outpointed by Dmitry Bivol in a...
Read more
BOXING