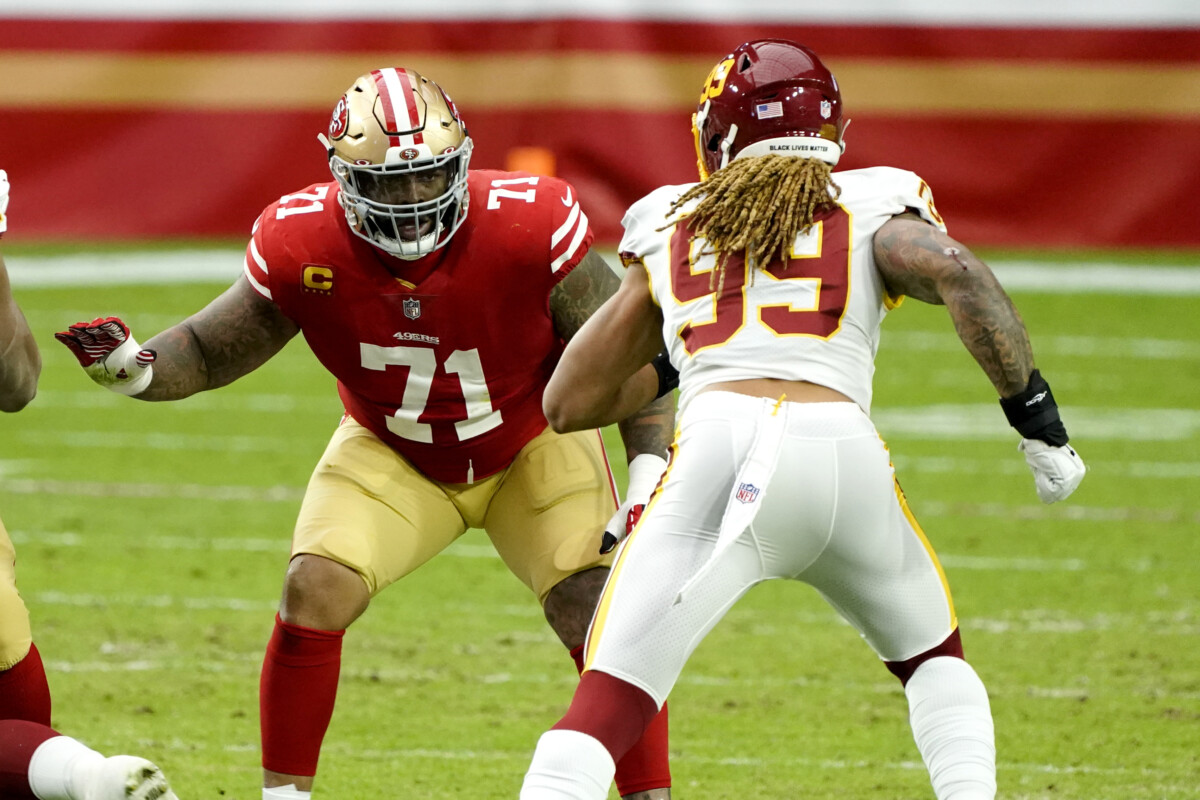 The 49ers are relatively healthy for Sunday’s NFC Championship Game against the Rams, with one big exception.

Starting left tackle Trent Williams has not participated in practice this week and is listed as questionable for Sunday.

“It’s going to be like it was three weeks ago. I feel the same way as I did at the beginning of the week, ”said 49ers head coach Kyle Shanahan. “He came out for walk-through today and Trent is adamant that he’s going and he was last time too, which, I believe Trent when he says that he’s going to do everything that he can to play. And so I’ll be surprised if he does not, but I was surprised last time. I was also surprised he was able to finish the game versus Green Bay. So hopefully his mindset will be how his body reacts on Sunday. We know it’ll help us a lot, but if not, we’ll deal with it. ”

If Williams is unable to play, San Francisco will turn to second-year offensive lineman Colton McKivitiz. McKivitz started the 49ers week 18 victory over Los Angeles in place of Williams.

Running back Jeff Wilson Jr. is also listed as questionable with an ankle injury. Wilson was a limited participant in practice on Friday.

The Rams look to be getting back linebacker Ernest Jones and left tackle Andrew Whitworth from injury. However, offensive lineman Joe Noteboom is listed as doubtful while wide receiver Van Jefferson and safety Taylor Rapp are questionable for Sunday.

Here’s a look at the injury report for both teams leading up to the NFC Championship matchup:

Did Not Practice (DNP)

Did Not Practice (DNP)