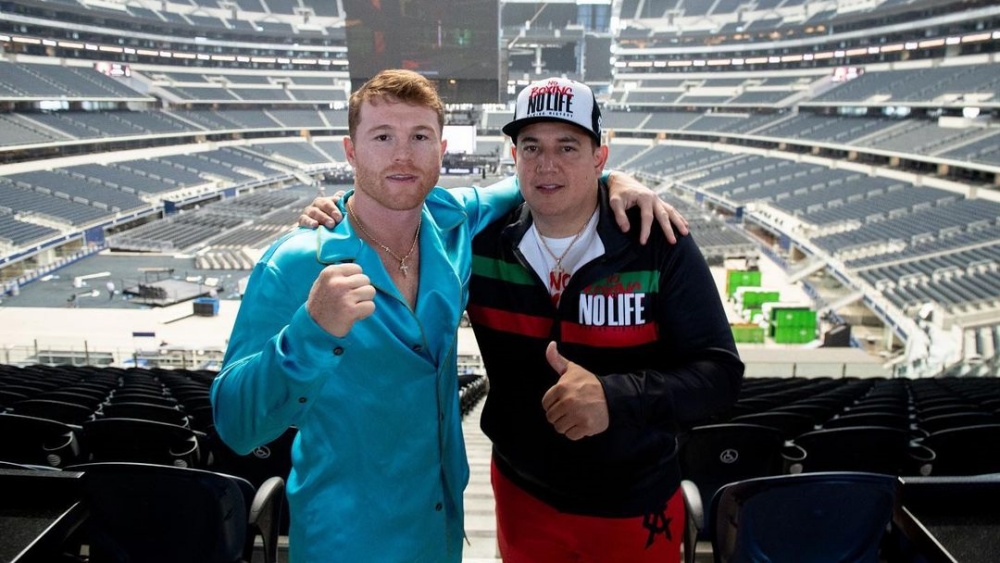 Boxing has had its fair share of legends grace the ring. Epic performances at the highest levels of the sport, enhanced by theatrics and drama, while showcasing unparalleled skill. These men and women have given spectators a countless number of indelible memories over the last century.

However, behind them are the unsung heroes, equal legends operating not within the squared circle, but outside of it. Hidden in the corner, the confines of the boxing gym in the silent darkness of the early morning, behind their prized pupils are incredible boxing trainers who have shaped their wards into fighting machines.

Credit must be given to these wise sages of pugilism who have guided their incredible students through the sport of boxing, navigating them through tough stretches of training, and preparing them for war in the ring.

It takes a unique and special bond between two human beings to create this once-in-a-lifetime pairing. Let’s celebrate a few partnerships that have blossomed into amazing careers.

1) Cus D’amato And Mike Tyson

Fresh out of prison as a teenager, heavyweight boxing legend ‘Iron’ Mike Tyson moved in with his trainer Cus D’amato, and they developed a strong bond that transcended the sport of boxing. D’amato became Tyson’s legal guardian not long after his mother died, and he also became the central father- igure in Tyson’s life.

The two made magic together in the ring. Under D’amato’s guidance, Tyson transformed himself into a feared puncher known as “the baddest man on the planet.” He eventually clinched the record for being the youngest boxer ever to win a heavyweight title, having reigned as the undisputed heavyweight champion between 1987 and 1990.

D’amato, on the other hand, went down in history as one of the most influential boxing trainers of all time. He was known as the main proponent of the “Peek-a-boo” style, which also became Tyson’s signature stance. He died on November 4, 1985 and was later inducted into the International Boxing Hall of Fame.

The Mayweather style of boxing features slick offensive movement coupled with expert footwork and combinations, of course, combined with impregnable defense in a modified Philly Shell. It’s a style popularized in modern times by none other than multiple-division world champion Floyd ‘Money’ Mayweather Jr. himself.

But behind that legendary technique is a family of boxers who have contributed their best. Bringing up “Money May” is his father Floyd Mayweather Sr., and late uncle Roger Mayweather, both former professional fighters.

The two elder Mayweathers raised Floyd Jr. up to eventually become one of the greatest pugilists the world has ever seen.

Floyd Jr. attributed most of his development as a fighter to his father, Floyd Sr. but his uncle Roger also played a major role in his training.

When Manny Pacquiao first stepped through the doors of Freddie Roach’s Wild Card Boxing Club in Hollywood, it was an instant connection. Roach knew he had someone special in his gym, a rare generational talent who was destined for superstardom.

That day, more than two decades ago, was the start of a coach-boxer relationship that was more like father-son, and Roach and Pacquiao embarked on an epic partnership that would see the tandem duo create lasting memories in the hearts and minds of boxing fans around the world.

Of course, Pacquiao would go on to win eight boxing world titles in as many weight divisions, becoming an icon of the ring and one of the wealthiest athletes in history.

After years of excellence in the ring, however, Pacquiao decided to trade it in for a political career. He is now running for President of the Philippines. It was no doubt an incredible run while it lasted.

Roach was a huge part of that run, and it could be argued that Pacquiao would not have seen as much success if he had not linked up with Roach.

As great as Pacquiao was as a fighter, the bane of his professional career was Marquez. In fact, Pacquiao and Marquez faced each other in the ring a total of four times. The first three fights were close and controversial, but it was the fourth fight that would end up being Marquez’s signature win.

Marquez knocked Pacquiao out cold in the 6th round of their welterweight showdown in 2012. It was the worst knockout loss of the Filipino’s career.

Marquez’s relationship with Beristain had a lot to do with his rise. First of all, it was Beristain who imparted his pugilistic wisdom onto Marquez, turning him into a counterpunching maestro. He was hands down the best of the Mexican trifecta which included legendary greats Marco Antonio Barrera and Erik Morales.

Moving onto a more modern-day boxer-coach partnership, we have pound-for-pound king Saul ‘Canelo’ Alvarez and his longtime trainer Eddy Reynoso.

Reynoso, alongside his father Don Chepo Reynoso, trained Canelo since he was a 13-year-old boy. Boxing was their dream, but their bond far extended beyond the ring. Today, Canelo is the best fighter in the world regardless of weight class, and it’s all a testament to the hard work the duo put together.

Today, Canelo and Reynoso are making history. Canelo recently made history, becoming the first boxer to become undisputed super middleweight world champion. It’s an accolade not to be downplayed, as many legends before Canelo have tried and failed. Canelo is now well on his way to becoming the greatest Mexican boxer in history.

Reynoso has practically raised Canelo in the gym. He even has a tattoo of Canelo’s face on his left forearm. Their bond is so strong that Canelo once told Reynoso that he would never fail him, and was even willing to die in the ring to prove it.

5 Of The Greatest Boxing Coaches Of All Time