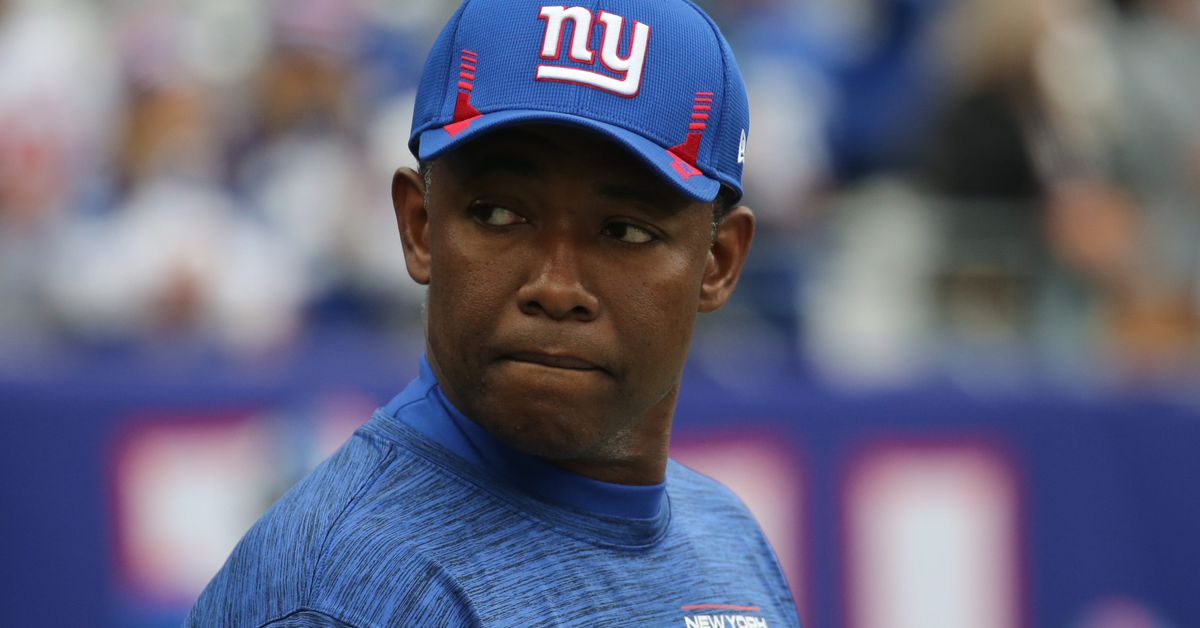 In Daboll’s first statement announcing his acceptance of the Giants’ job offer, he said the first order of business would be to assemble a coaching staff. After the way the Giants moved to hire their GM and head coach, we should probably expect Daboll’s coaching staff to come together quickly.

The offensive coordinator job is the most important one, both given how vital the offense is to being consistently competitive and how bad the Giants’ offense has been. But with all the emphasis that will need to be put on the Giants’ offense, Daboll will need a good defensive coordinator who can run his side of the ball with a good degree of autonomy.

As it so happens there are some very good candidates available.

The simplest, and quickest, solution on the defensive side of the ball for Brian Daboll and Joe Schoen is to keep Patrick Graham right where he is.

The Giants’ new brain trust has its work cut out in rebuilding a functional franchise out of this scrap heap. Part of doing that is identifying the pieces that are worth keeping and building around, and Graham’s defense is certainly one of those. It’s not a perfect unit – the Giants struggled to get off the field when they needed to, and probably gave opposing offenses too many chances between the 20’s. But Graham’s defense proved to be a tough nut for all but the best offenses to crack, and a couple more pieces and some young players developing could make this a defense to be truly feared.

Graham also has a connection with Brian Daboll from their time together with the New England Patriots. His defense should be plenty familiar to Daboll, who saw a similar scheme while the Alabama offensive coordinator in 2017.

There are two big things standing in the way of Graham’s third year with the Giants.

The first is the Minnesota Vikings. The Vikings are set to interview Graham today (Saturday, 1/29) for their vacant head coaching position. Graham has seemed destined for a head coaching job at some point, and I personally would love to see him get the opportunity.

The other issue might be a potential conflict following the firing of Joe Judge. Judge and Graham had worked together for a long time at both New England and New York, and the two are reportedly close. Sitting here, we do not know how Graham feels and he might not want to stay with the team who fired his friend.

Martindale’s name just seems to keep coming up in connection with the New York Giants.

While Martindale was recently fired by the Baltimore Ravens, he remains highly regarded as a coach. His defenses consistently play hard (which should go without saying, considering he had been a coach for the Ravens since 2012), and he does a great job of confusing opposing quarterbacks with exotic looks. Wink likes to call tighter coverages than the Giants have typically run, but their versatile personnel should be able to execute his schemes well.

By the by, Martindale got the nickname “Wink” in college due to sharing a surname with game show host Winston Conrad Martindale, who himself was nicknamed “Wink.”

Fangio has not been widely linked to the Giants, but if the team would be foolish to not bring him in for an interview if they have an opening at defensive coordinator.

Fangio has been widely regarded as one of the best defensive minds in the NFL for years now, dating back to his rabid defenses under Jim Harbough for the San Francisco 49ers. Fangio excels in ratcheting up pressure on opposing quarterbacks and creating chaos on the offensive side of the ball.

Vic Fangio quietly laid down much of the blueprint for modern NFL defense over the last decade, so it behooves the Giants to talk to The Man himself.

Former Minnesota Vikings head coach Mike Zimmer is another of the NFL’s preeminant defensive minds. He has been widely regarded as one of the best defensive coordinators in the NFL for most of the 2000’s.

Zimmer got his start in the NFL all the way back in 1994 for the Dallas Cowboyswhere he stayed until the end of Bill Parcels’ tenure in 2006. That connection to Parcells could create an interesting bit of connective tissue with new GM Joe Schoen, enough so that the GIants could bring him in for an interview.

Zimmer has been famous for running a 4-3 defense (though he did briefly run a 3-4 under Parcells in Dallas), and is one of the best with that scheme. Lately he has shifted to a 4-2-5 nickel front, but his double A-gap blitzes remain feared by quarterbacks. While Patrick Graham has called plenty of snaps in 4-2 nickel fronts, hiring Zimmer could involve some defensive renovation as compared to the other potential candidates. That said, he is very good at what he does when able to concentrate on the defensive side of the ball.

Like Fangio, Zimmer also has experience as a head coach, and that could prove an asset for first-time head coach Brian Daboll.

Merritt could be the wild card in all of this, but if we’re looking for an “under-the-radar” defensive coordinator candidate, we should probably keep an eye on Merritt.

If Dave Merritt’s name sounds familiar to you, it’s because he was a coach for the Giants from 2004 to 2017. He first started as a defensive assistant and “quality control coach” but was promoted to be the “Secondary / Safeties” coach in 2006 and held that job until 2017. Merritt was reunited with Steve Spagnuolo in Kansas City and has been coaching the Chiefs’ secondary since 2019.

He is a very highly regarded coach and it’s something of a shock that he has not gotten the chance to coach his own defense yet. While he has not crossed paths with Daboll or Schoen yet, Daboll has coached against Merritt’s secondary units in numerous playoff games.