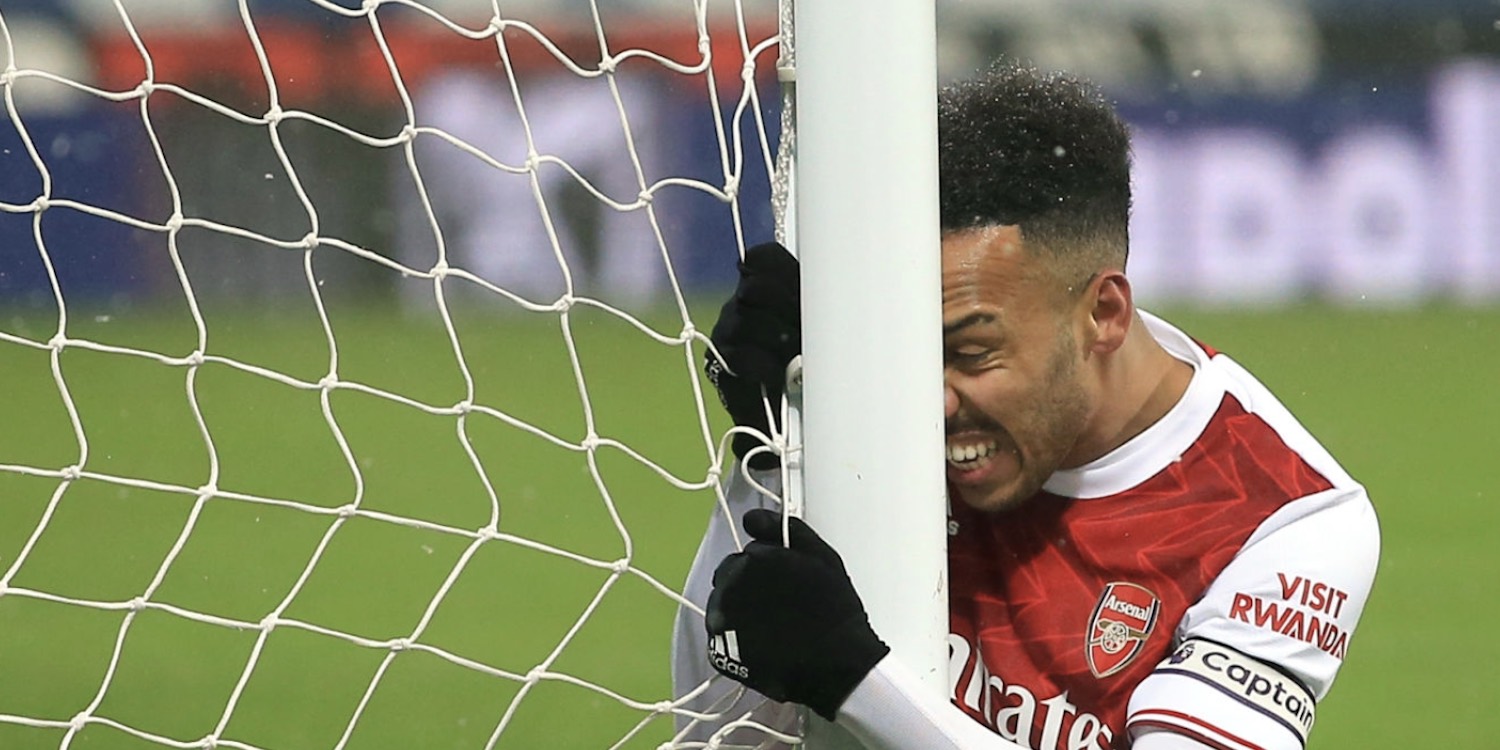 January 2022 is going to end as something of a red letter month for Arsenal. After we found ourselves in a position where a somewhat unexpected top-four chase was going on a lot, there was a general feeling that in order to maintain that, we needed to add something to our forward line. In the end, we did not do it, we failed to make any substantial signing, and Pierre-Emerick Aubameyang was given a free transfer to Barcelona.

However, let’s look at the window as a whole. Six players are gone, and the only signing was the 23-year-old center-half Auston Trusty from Colorado Rapids, who will remain on loan there until the summer, then lend to a European club again and if he ever plays for us, I will eat my hat. Arsenal read the room and did not even announce it on social media, it’s just a news report on the official website.

Overall, I do not think the discrepancies are that big for our top four chances if you look at them closely, although there are still things we can improve when it comes to doing outbound transactions.

Sead Kolasinac> Marseille (free, contract terminated): He started 1 Premier League this season, and it was back in August. He had 1 minute as a sub in October. Could not reach the group on 17 occasions.

Calum Chambers> Aston Villa (unknown fee): He started 2 Premier League, the last one was back in August. Could not reach the group on 17 occasions.

Pablo Mari> Udinese (loan): He started 2 Premier League, last seen on 22 August when he was roasted by Romelu Lukaku. Failed to reach the group on 14 occasions.

Ainsley Maitland-Niles> Rome (loan): 2 Premier League principles made and 6 substitute appearances. Held the group regularly, and he’s the one loaner I could have delayed, or maybe even kept, but only played 263 minutes in the league this season.

Flo Balogun> Middlesbrough (loan): Made 1 Premier League start, 1 sub-appearance for a total of 70 minutes of playing time. It is generally accepted that he needed a loan to play more frequently to aid his development. No problem with this for me.

Then we come to the Aubameyang thing, and this is where it starts to get messy. He was in Barcelona yesterday, there was talk that he just showed up without anyone knowing about any club, but given what happened next, there had to be something a little more concrete to the situation (at least from Barcelona see edge off). There was a story that the deal was off, but then it was on again. It was a loan, and then it was a free transfer and it looks like it will be confirmed sooner rather than later.

Once again, Arsenal terminate a player’s contract so he can move elsewhere for free. Although I think it’s a good thing on balance that we have freed ourselves from the burden of his wages for the next 18 months – not least because it was clear that his Arsenal race was run – I can not get excited about the Wages Saved narrative on this. We did not receive a transfer fee for a player who cost us the courage of £ 60 million four years ago. I realize that when you sign a 29-year-old, you are not doing it with the expectation that resale value is going to be high, but Arsenal have a very, very bad habit of letting players leave for free and having to stop.

Some of it is contract management – making better decisions when players still have some market value – and poor recruitment, but when you look at the list over the last few years, it becomes pathetic that talented high-profile players like Aaron Ramsey, Alexis Sanchez, Jack Wilshere, Mesut Özil, Danny Welbeck and others brought in nothing when they left. When you spend a combined total of £ 50m + for Mustafi and Socrates and you pay them to leave. When you let Henrikh Mkhitaryan go to Roma for £ 1 million a month after he turned down £ 10 million from the same club. Eddie Nketiah, Alexandre Lacazette and Mohamed Elneny can go free this summer. It’s just not good enough.

And it’s not just a legacy issue either, with this football executive committee trying to clean up the mess others have made. They gave Aubameyang his contract, they signed Willian on massive money and then had to pay him to leave as well (and I do not buy the PR guff about how much he gave up, as we are supposed to be impressed he did not just hang around and pick up another two years’ wages. he got a nice goodbye package, do not worry about it).

If you had one or two such situations, you would probably be able to live with them as part of the whims of football and, to be honest, a changing contractual landscape over the past few years. However, this is now customary. This is what players at Arsenal are allowed to do, and it’s high time it stopped. You can not continue to be so unhappy in public when it comes to selling players, because it becomes a self-sustaining thing.

Then there’s the big problem: we needed a forward during this window and we did not get one. Our center-forward options are two players who will be leaving this summer, and while I do not doubt their dedication and professionalism, I absolutely doubt their ability to score Premier League goals with the kind of frequency we need. Lacazette has 3 all season, Nketiah 0.

We know Arsenal have tried hard for Dusan Vlahovic, a commendable ambitious attempt to sort out this situation and tacit recognition that it is indeed a major problem. We can all understand the difficulties of the January market, and as I have often said, I did not want us to have to compromise when it comes to spending for such a key position. Arsenal need to find a goal scorer who can do everything right, who can develop and grow with this team, and that investment is likely to be substantial, so we need to get it right.

However, the targets for this window must have been 1: that goal scorer, then 2: if we can not find him, someone who gives us more than Eddie Nketiah. And that’s where the frustration is for me, because I can not believe that our stat scouts and the entire recruitment department could not come up with a single player to borrow between now and May to give us a little more depth. in such a key position. This is not an ideal solution, but it is certainly better than nothing. In the worst case, you have a guy who does not do much for a few months, but maybe shoots a goal or two that could be important.

I beat my brain and tried to think of an explanation and I do my best to prevent the word ‘incompetence’ from bouncing around inside because the summer business has shown that we are more competent than people in the market think. . I do not give it off completely, of course, but we were all generally very pleased with the players we brought in in the last window.

The only thing I can think of is that they think they have an internal solution in the form of Gabriel Martinelli, and that with Emile Smith Rowe on his way back to full fitness, it’s an opportunity for the young Brazilian. On paper, a forward line of Smith Rowe, Odegaard, Saka and Martinelli is quite nice, and maybe they decided he was the player to get those minutes up front.

Like I said, our quest for Vlahovic, and some late, unsuccessful contacts for other players, makes it very clear that Arsenal know they need to get someone in that position. So, who else is there? What is the other internal solution? I fully accept that it may be me who’s grabbing anything to try to make sense of what looks like a nonsense window, but I’m not sure what else is in the team that might justify not making a signature.

The last thing to say is that I’m sure the manager and the Technical Director and all the other well know that every bad performance, every lost point, every opportunity missed, is now going to be seen through the prism of this January window word. They let a great striker – even if it was a dwindling force – go free and brought in no one else. It’s not going to convince anyone that you’re really serious.

The only thing that will change the mood is what happens on the field. Results, performances, points and goals, and perhaps this window is a show of confidence in the young attacking talent we have and offers them a chance to thrive. I still think it’s a big gamble, I’m worried about the burden we’re putting on 20-year-olds to get us where we want to go, and I’m more than a little frustrated at our inability to step up this month.

It remains to be seen whether this January will be seen as foolishness. What we can say though is that being on and off the field has been a pretty tortuous month to be an Arsenal fan, and things need to improve quickly when football starts again.

For more transfer window discussion, join us later on Patreon when we’ll have an outline of what we did and did not do this month – you can enter here for only € 5 per month for instant access to that and all other content.

We will have any breaking news Arblog News, and I’ll be back here tomorrow with more. Until then, take it easy.