Home Sports MLB A look back at the 1995 Royals
SportsMLB 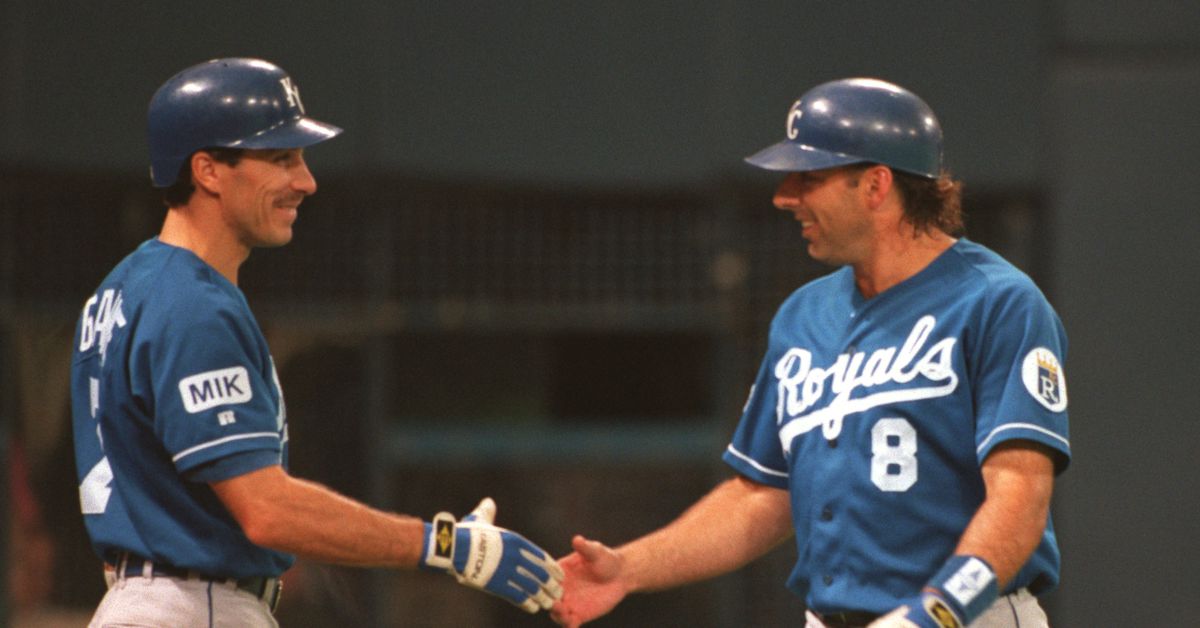 This year’s work stoppage has resulted in a shortened spring training and could very well lead to a shortened regular season if labor issues aren’t resolved soon. The last time baseball faced a shortened spring training and regular season came in 1995, when a strike finally ended and brought the game back after a seven month hiatus. The 1995 season would mark the end of one era of Royals baseball and begin a new youth movement that would lead to nearly two decades of futility.

What went right: The Royals were fourth in the league in ERA, with a solid four-man rotation of Kevin Appier, Mark Gubicza, Tom Gordon, and Chris Haney. Third baseman Gary Gaetti finished seventh in home runs, nearly breaking the club single-season record with 35, and finishing tenth in MVP voting. Keith Lockhart came out of nowhere to become a solid offensive second baseman.

What went wrong: The Royals were dead last in runs scored, dead last in home runs, dead last in slugging, had the second-fewest walks, and the second-lowest on-base percentage. Bob Hamelin’s career cratered badly. In an era in which home runs were up, the Royals had just three hitters in double digits in dingers.

The Royals had gotten hot in August of 1994, getting into the hunt for a post-season spot just as the players went on strike, ultimately ending the season. But that off-season brought a lot of financial uncertainty for the club with the labor situation in the game and questions about the future ownership of the team. Club founder Ewing Kauffman had died in 1993, leaving the team to his wife Muriel. She would pass away in March of 1995, leaving the team in the hands of a board of directors headed by Walmart CEO David Glass.

But what team would Boone lead? With the regular players on strike, Major League Baseball was prepared to start the season with replacement players – Kauffman Stadium would have featured names like Eddie Jurak, Keith Hughes, and Mike Loggins. On March 31, U.S. Circuit Court Judge Sonia Sotomayor granted an injunction that effectively ended the work stoppage. Baseball scrambled to arrange a truncated spring training, pushing the season back to April 26 with a shortened 144-game schedule.

Sotomayor instituted rules from the previous collective bargaining agreement, meaning the salary cap and restricted free agency rules that owners had unilaterally imposed were vaporized. This invalidated several restricted free agency moves, such as Kevin Appier signing a multi-year deal with the Red Sox. Instead, the Royals had to scramble to set their roster, while also slashing payroll. On April 5 they traded centerfielder Brian McRae for two minor leaguers, and two days later they traded Cy Young winner David Cone to the Toronto Blue Jays for three minor leaguers.

“I hope people understand that these (trades) were not emotional decisions,” Royals President Mike Herman said Friday. “We had to make those decisions to keep baseball in Kansas City.”

In addition to those two, the Royals let veteran catcher Mike MacFarlane departed via free agency, leaving former first-round pick Brent Mayne as the starter. The Royals boasted one of the best defensive infields in baseball, with veterans Wally Joyner at first, Jose “Chico” Lind at second, Greg Gagne at short, and Gary Gaetti at third. The club re-signed outfielder Vince Coleman and Felix Jose after the work stoppage to be in the mix with rookies Michael Tucker, Tom Goodwin, and Jon Nunnally. The Royals hoped 1994 Rookie of the Year Bob Hamelin could bring the lumber.

Appier would stay with the Royals, although trade rumors continued to swirl around him. He anchored a solid trio of veterans with Mark Gubicza and Tom Gordon, but the rest of the rotation was in flux with candidates like Doug Linton, Tom Browning, Chris Haney, and former first-round pick Jim Pittsley. All-Star closer Jeff Montgomery would close out games with Hipolito Pichardo, Rusty Meachem, Billy Brewer, and Mike Magnante in the pen.

If the shortened spring training hurt some pitchers, it did not seem to affect Appier, who had kept in shape during the strike tossing baseballs against a bulldozer blade on his farm. On Opening Day, in front of just over 24,000 fans in a refurbished Kauffman Stadium that had grass for the first time, Appier tossed a no-hitter through 6 2⁄3 innings before Boone pulled him due to a pitch count.

“Obviously I’d like a chance to finish the game and throw a no-hitter,” said Appier, a right-hander. “But to throw that many more pitches was too big a risk, and Boonie can not take that. I’m very understanding where he’s coming from. ”

Despite trading away big stars, the Royals got off to a pretty good start. Appier was off to a terrific start, and the Royals were overcoming the loss of David Cone with an unorthodox four-man rotation, earning praise for rookie manager Bob Boone. Speedster Tom Goodwin was on his way to a 50-stolen base season, making Royals fans forget about Brian McRae. Jon Nunnally, a Rule 5 draft pick who had never played above A-ball, hit .311 / .404 / .611 with seven home runs in his first 34 games through mid-June. Gary Gaetti had rejuvenated his career and was hitting home runs left and right. Even the disappointing sophomore season from Bob Hamelin – which earned him a demotion in June – and the bizarre departure of second baseman Chico Lind who just quit the team after he divorced his wife – were not enough to derail the club.

“I talked so much about mental attitude this winter, and it’s come together as good as I could have possibly dreamed. And it’s nothing I’ve done. It’s the veteran pros that we have and the hungry young guys. ”

After a seven-game win streak, they were 27-18 by mid-June, tied for the second-best record in the league. But that was still seven games worse than the Cleveland Indians who looked like an unbeatable behemoth with a lineup full of All-Stars. Compared to Cleveland, the Royals had a pop gun offense that finished with fewer home runs (119) than steals (120) despite moving the fences in ten feet at Kauffman Stadium.

Their offensive shortcomings began to catch up with them and the pitching also began to break down. Appier was hit hard in July and then had “dead arm” issues, and Chris Haney landed on the disabled list with a bad back. The Royals dropped 18 of 28 in July to dip under .500. Despite that, they were still in the hunt for a post-season spot thanks to the new “Wild Card” spot that had been created that season. By July 30, the Royals were 41-42, but they were one of five teams within one game of Baltimore for the Wild Card spot.

The club traded wins for losses over the next two weeks, and while they were still just a few games out of a post-season spot, General Manager Herk Robinson decided it was time to play the youngsters. In mid-August, he traded veteran outfielders Vince Coleman and Chris James, and catcher Pat Borders, and called up Johnny Damon and Michael Tucker.

The moves did not sit well with veterans who felt the team still had a chance to contend. One player was reported to have thrown up his arms and remarked “we surrender!” upon hearing news of the moves. It did not help that Boone’s rigid style as a professor of fundamentals was rubbing veterans the wrong way.

But it seemed that going young and shaking things up was just what the Royals needed. After trading Coleman on August 15, they won 20 of 33 and were just a game and a half back of Coleman’s new team, the Mariners, for the Wild Card. The Royals even picked up Tigers veteran outfielder Juan Samuel for their unexpected run.

A six-game losing streak would effectively take the Royals out of the race, and the season ended unceremoniously with a 17-7 drubbing at the hands of Cleveland, with soon-to-be-departing free agent Tom Gordon giving up ten runs while recording just three outs for his last Royals start. That blowout would foreshadow the next era of Royals baseball, as 16 of the next 17 seasons would be losing ones, and it would be seven more years before they would play another meaningful September game.