Add Voice to Your Blog With the SpeechSynthesis API 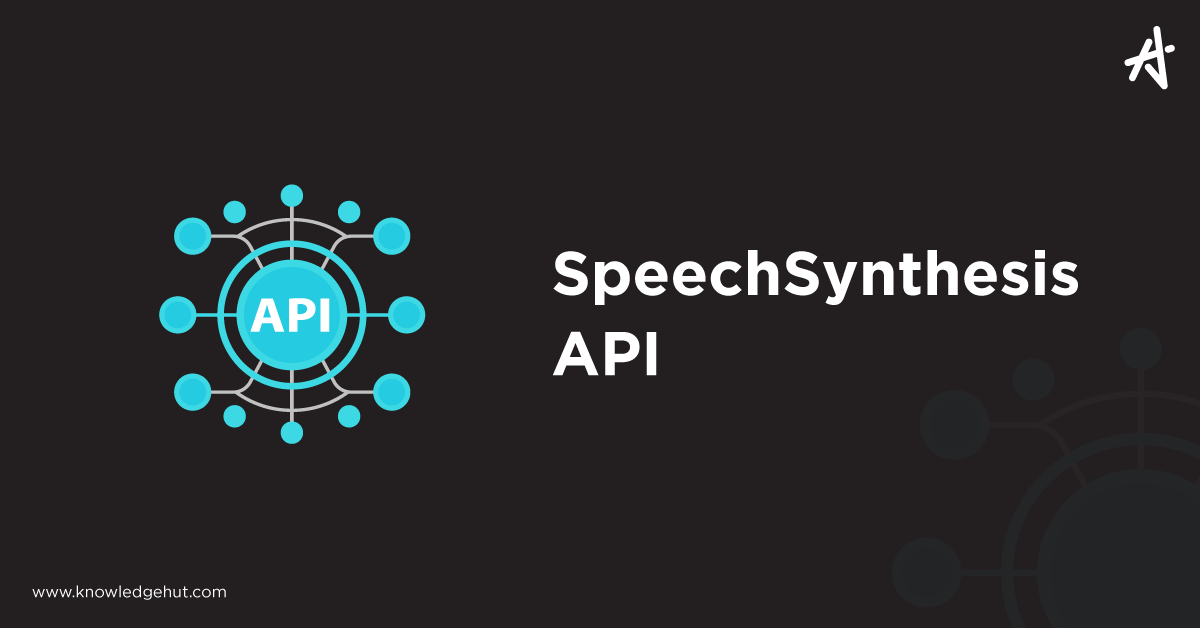 Voice-based technologies have become popular in recent years because of their several real-world applications. There are multiple organizations working on voice technologies, thanks to software like Google Assistant, Amazon Alexa, and Siri. Voice-based applications can completely change the way a user interacts with other software and hardware devices and improve the user experience. For web pages, users can listen to them instead of reading, alongside focusing on other important tasks.

Voice technologies have played a very important role in making websites and blogs more accessible to people with disabilities and will continue to do so in the coming years. Let’s explore how we can add voice to a blog or a webpage.

How can you make a web page talk or add voice to your blog? The Web Speech API can do that for you. It has two subsets – Speech Recognition API, which is used to recognize a voice, and Speech Synthesis API which is used to read something.

Speech Synthesis API is a subset of Web Speech API and is a very popular way to add voice to a webpage or a blog. It enables developers to create natural human speech as playable audio. Arbitrary strings, words, and sentences can be converted into the sound of a person reciting the same things. Let’s learn a little more about Speech Synthesis API and then explore how you can implement it with your web page through an easy-to-follow tutorial.

What is the Web Speech API?

The Web Speech API was first introduced in 2012 and it is used by web developers to provide audio input and output features in web apps. The Web Speech API completely takes care of users’ privacy as it will not use the microphone and speaker services until the user grants permission for the same. And we do not need to add any third-party application for it. If the website is running on HTTPS protocol, then you need to permit it once otherwise, it will ask for permission in each new session. The web speech API also allows you to specify grammar objects and rules.

In this tutorial we are focusing on adding a voice to your blogs, we will explore the SpeechSynthesis API in more detail.

Text to Speech with SpeechSynthesis

Speech Synthesis is a way of transforming text into voice through a computerized voice. In a simple form of output, the computer reads the typed text in a human-like voice.

This pre-processing or normalization stage is focused on reducing the ambiguity in the text. It goes through the complete text and cleans it up so that the computer can read it without any mistakes.

Reading a written paragraph may sound easy to you but it is a new thing for computers just like a young child. The written text can have multiple meanings, depending on the context. We can differentiate them using inflections in speech, but how would a computer differentiate? for example, 2001 can be a year or a lock combination or a measure of something. In human speech, the meaning will become clear based on the way we enunciate. This applies to date, time, special characters, abbreviations, acronyms, etc.

Also, some words can have different meanings and they may sound the same, like- sell and cell. This stage of speech synthesis also handles Homographs.

Our API has figured out the words that need to be said and now it’s time to generate speech sounds to form those words. To pronounce a word, computers need a list of words mentioning their sound and how they are pronounced with the sound. Phonemes are ways of pronouncing a word or sequence of sound and basically, we will need a list of phonemes for each word and the computer will read everything. Again, it looks easy, but it is not a practical thing for computers. A single sentence can be read out in several ways depending on the context of talk and the meaning of the text. For example – ‘Read’ can be read as ‘red’, ‘read’ and ‘reed’, depending on the situation.

To read out the words in the right manner they are broken down into their graphemes which are the written component unit, generally made from the syllables that make up a word. After that, phonemes are generated corresponding to them. It is like reading or trying to pronounce the words that you have encountered in the past.

As of now, the computer has cleaned the text and generated a list of phonemes for each word, and now it needs basic phonemes that the computer reads. So how do we get those phonemes? There are three approaches for that –

Speech Synthesis API inherits properties and methods from its parent interface, EventTarget. These properties, methods, and event handlers help developers to perform certain tasks and manage the speech synthesis while implementing the API. Some of these objects are:

What are the benefits of using Speech Synthesizers?

There are various useful applications of Speech Synthesizers and some of them are:

Now we will see how you can implement Speech Synthesis API in your web pages to let them talk with you.

The Web Speech API has been in the market for a while, but it is not supported by every browser. You need to have a chrome version 33+ or an updated version of Safari.

Let’s give a voice to our blog: Tutorial of Speech Synthesis API Implementation

And we can also control the voice pitch, rate, and volume like this:

In this tutorial, we will start from the basics, so it is easy for you to do it. First, we need to create a simple web page with some content on it and three buttons – Pause, Play, and Stop. We will also initiate a flag with the default value as false.

You can also create a CSS file for the same to align buttons and other things.

Now we need to ensure if the browser supports the Speech Synthesis API. If it is supported, we will create a reference for Speech Synthesis to assign synth variables. To check the compatibility with API, we will use the following code:

Next for our three buttons, we will create respective functions with JavaScript – onClickPlay (), onClickPause (), and onClickStop (). Once the user clicks on one of them, the function will be called.

We will create a new instance for SpeechSynthesisUtterance interface to hold information about narration language, voice pitch, volume, and narration speed.

SpeechSynthesis.getVoices () method is used to assign a voice to speak. There may be multiple voices available in your device’s software. It will return an array of all available voices in the device. The first voice is designated by utterance.voice = synth.getVoices ()[0];

The onend is executed when the speech is finished to change the flag value to False again so that the speech execution can be started again when the button is clicked.

The Scope of Web Speech API

Web Speech API is very useful in various fields including education, data entry, Voice user interface control, increasing accessibility of web applications for people with disabilities, generally enhancing the user experience. In this tutorial, we explored how to add a voice to our blog and enable it to talk to the user using SpeechSynthesis API.

As of now, Speech Synthesis API is only supported by a few browsers. We hope that soon, it will be supported by all the browsers and will have many other features. Also, as of now, the browser sends the text to the SpeechSynthesis API server for results. Working offline needs more consideration for odd situations. It will be good to see the applications being controlled just by the voice.

Tyson Fury and Jake Paul have verbally agreed on a $ 1m bet ahead of the latter's fight with Tommy Fury Photo Credit:...
Read more
MLB