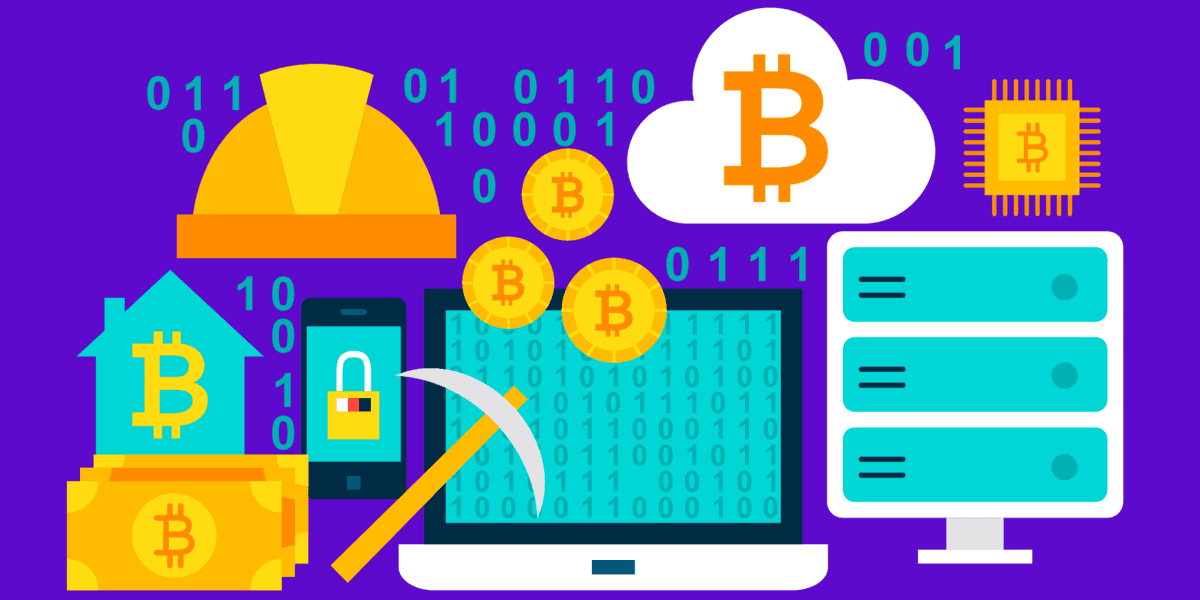 Cryptocurrencies are booming in 2021, with a market cap moving from 750 to more than 3,000 billion dollars. Let’s face it, this is mainly due to speculation. A lot of people involved do not have a clue of what is behind the tokens they invest in.

But if we put that aside and look at the technical fundamentals, we can acknowledge that 2020-2021 are bringing along a bunch of new blockchains with better, faster (viable?) Consensus mechanisms, like Proof of Stakeand new widely used applications, like decentralized finance (DeFi) and Non-fungible tokens (NFTs).

Before going into those, we need to take a step back: What is a blockchain? A cryptocurrency? A Proof of Work? A block? A wallet? A smart contract? The Ethereum Virtual Machine (EVM)? An ERC-20 token? An NFT? Decentralized Finance (DeFi)? Oracles?

This article is the first of a series of 3 that focuses on the technical fundamentals behind crypto:

Disclaimer: Not a financial advice.

What Is a Blockchain?

A blockchain is a decentralized trustless peer-to-peer database that stores a special type of data: blocks. Blocks are immutable and ordered into a chain, one block having only one preceding and one following block. Thus the term “blockchain”.

One block consists of:

Most blockchains are permissionless: everyone is free to add servers to the network and to interact with the blockchain, including malicious actors. Blockchains had to come up with consensus mechanisms that ensure that every block written to the database is valid.

Those consensus mechanisms rely on cryptography and game theory: it has to be more profitable to write legitimate transactions in blocks than to try to write false transactions (eg create coins out of nowhere).

Proof of Work (PoW) was the first consensus mechanism to be designed and implemented. Bitcoin and Ethereumthe most popular blockchains around, are based on PoW and have proven to be unbreakable: they have never been hacked.

Let’s dive into the Bitcoin implementation of PoW. It will help us understand how cryptography and game theory are used together in blockchain. I assume that you know what a hash is in the following section.

You have probably already heard the term “mining”, which means participating in adding blocks to the blockchain.

To be added to the blockchain, a block is associated with its hash (that will be referenced by the next block). The block’s hash is computed on:

The only modifiable piece of a block is the nonce. So to find the right hash, miners (blockchain nodes) have to iterate on all the possible nonces until they find the right one.

Take a look at what a Bitcoin block looks like on an explorer: for example on Blockchain.com Bitcoin Explorer!

The first miner to find a matching nonce is rewarded with some Bitcoinsbut only if the block is further validated by other peers.

This rule makes all the miners compete with each other and lead to miner servers being more and more powerful to win Bitcoins. Miner servers are therefore expensive to buy and power.

Game theory enters into play at this point: to have a chance of winning the race to mine a block, one has to spend a lot of money on material and energy; and to win money (= Bitcoins) the transactions that are in the block have to further be validated by the network (peers). If a miner tries to push false transactions, the block will not be validated and the miner not rewarded. Therefore, he will lose the money put into the mining process!

Relying on hashes ensures that the blockchain is immutable: altering a single transaction in a block would totally change the block’s hash. But because the next block the latter’s hash, its hash would also change!

Application developers using Git are familiar with this concept: any change to a previous commit generates a divergent hash for all the later commits and the branch will then diverge from remote.

Let’s say that someone wants to alter a transaction that occurred 4 blocks agohe will have to:

We can imagine that this process will cost a huge amount of energy with poor chances of success: it is not worth trying!

The PoW consensus mechanism is great at securing the Bitcoin blockchain but it is:

All these limitations led to the design of new consensus mechanisms.

Proof of Stake (PoS) is the most widely adopted alternative to PoW. In PoS, nodes are not called miners but validators and have to stake (= lock) a big number of tokens to participate in block validations.

For every block, a group of validators is picked for validation (that is often quorum-based). The number of blocks that a validator is involved with is proportional to the size of its stake: if it has 1% of the blockchain coins, it will be picked for 1% of the validations.

Like in PoW, nodes are rewarded when validating blocks and cryptography is used to ensure immutability.

There are a lot of different implementations of PoS, here are some examples:

Other consensus mechanisms than PoW and PoS exist, but none of them has yet reached massive adoption.

In this article, we have scratched the surface of the functioning of blockchains and consensus mechanisms. In the next one, we will talk more about how to interact with distributed ledgers and blockchain.

If you want to find out more, there is a lot of great detailed documentation around. Some examples: