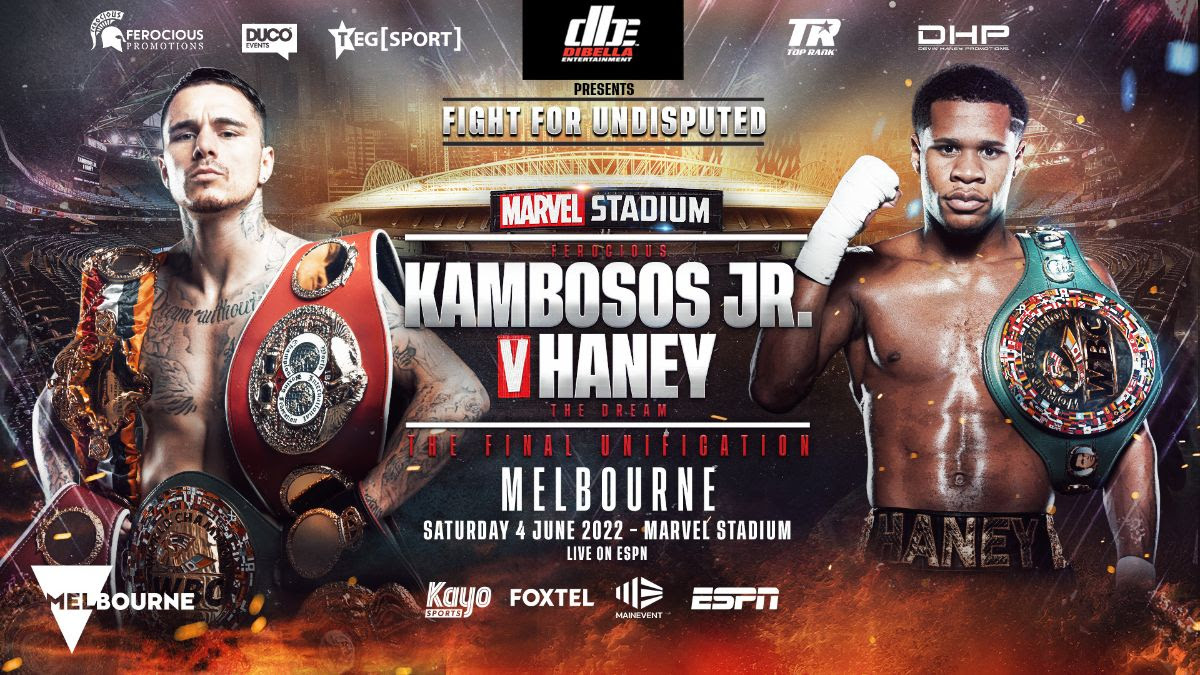 Bob Arum says he was taken by surprise by Bill Haney’s visa problem that popped up this week, preventing him from making the trip to Australia for his son Devin Haney’s June 5th fight against George Kambosos Jr in Melbourne.

According to Arum, they’re working on trying to get the visa problem for Bill Haney taken care of quickly in time for him to fly over to Australia to work in WBC light heavyweight champion Devin’s corner for his undisputed fight against Kambosos.

For the time being, Yoel Judah will be working Haney’s corner on the night. If that situation sticks, Haney (27-0, 15 KOs) will be in good hands; Yoel is the father of the former three-division world champion.

It’s pretty obvious what Haney needs to do for him to defeat unified 135-lb champion Kambosos Jr (20-0, 10 KOs) in this fight. He’s got to outbox the Australian and not get caught up in a lot of fire-fights the way Teofimo Lopez did last November.

“When Lomachenko decided to stay in Ukraine and, if necessary bare arms for his country,” said Bob Arum to Fighthype on why the Kambosos vs. Haney fight is taking place.

“That was a real surprise because we did not know that Bill [Haney] had a record that went back 30 years ago.

“He’s an upstanding guy now, but apparently that sets off alarm bells with the Australians, so we were not able to get him a visa for Australia. We’m still working on it, ”Arum continued.

It’s surprising that an old drug conviction for Bill Haney is enough to keep him from entering Australia. If it were something recent, that’s one thing, but for something that long ago, it’s a surprise.

It will not help Kambosos if Haney is without his father Bill because he is on cruise control in this fight. His dad has already given Devin the game plan, and all he has to do is follow it to the letter on the night to have a good chance of winning.

“He has Joel Judah over there,” Arum said about Devin Haney’s replacement coach for the Kambosos Jr fight. “Joel is a good boxing guy. We know him from when he trained his son Zab. So whatever, Devin will be in good hands.

“You can not argue with that, even though that fight had been scheduled, Lomachenko and Kambosos, obviously the next name fighter in that division was Devin Haney.

“The Kambosos people and Lou DiBella wanted that fight to be shown on ESPN, not on DAZN, which has no viewers. So we went and spoke to Bill Haney, and he agreed and have us be his promoter and do this fight in Australia on June 5th and June 4th primetime on ESPN.