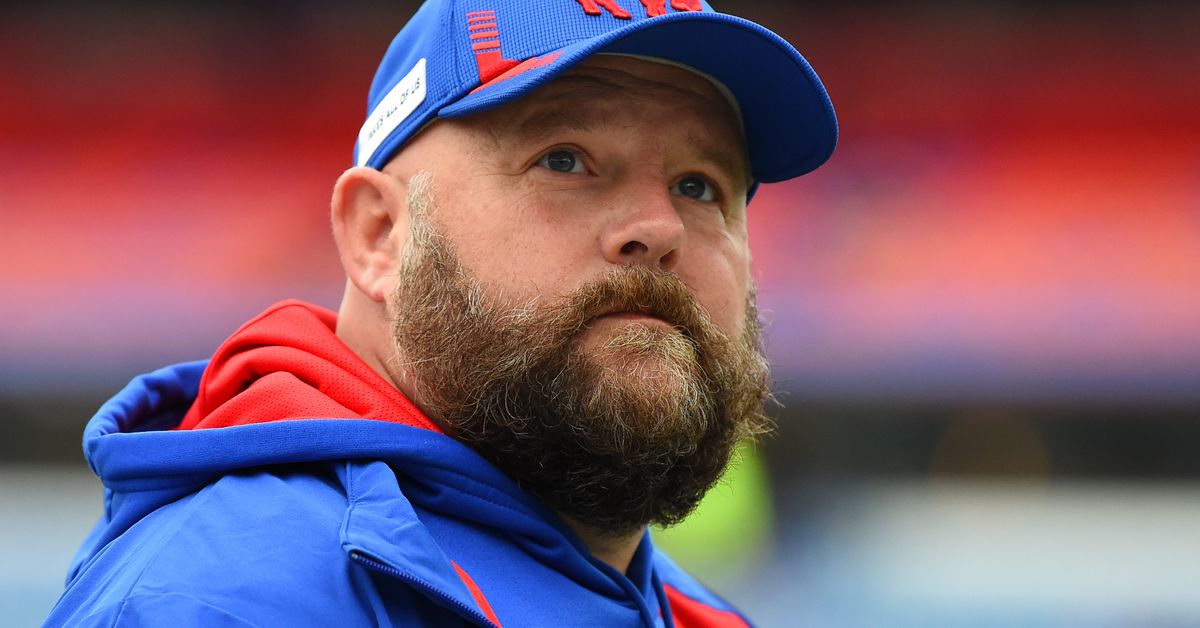 Brian Daboll is the new head coach of the New York Giants.

The Giants confirmed Friday evening that Daboll, the 46-year-old former Buffalo Bills offensive coordinator, will succeed Joe Judge, who was fired after a 4-13 season.

Schoen had previously said he wanted a head coach who would be “in lockstep” with him and wanted he and the coach to be “aligned in our vision” of how to build a football team.

“We interviewed several people who are incredible coaches and all of whom are going to enjoy much more success in this league in their current positions and as a head coach,” Schoen said in a statement released by the team. “With that said, we – me and ownership – all felt Brian is the right person to serve as our head coach. Over the last four years, I have observed first-hand Brian’s strengths as a leader – he is an excellent communicator, intelligent, innovative, and hard working. Brian’s genuine and engaging personality is refreshing. He fosters relationships with the players and coaches around him. He is progressive in his vision and values ​​collaboration, two of the attributes we think are essential. I am thrilled to partner with Brian and welcome him and his family to this side of the state. ”

To find that, he turned to a familiar face. Schoen and Daboll, of course, worked together for the past four seasons in Buffalo, where Schoen was Brandon Beane’s assistant GM. They also worked together in 2011 with the Miami Dolphins.

Daboll was also considered a frontrunner for the Dolphins’ current head coaching vacancy. Daboll was expected to be among the candidates who received a second interview with Miami when the Dolphins hold those in the next few days.

Daboll, though, chose to take the Giants job rather than wait on the Dolphins. This will be his first head coaching opportunity.

“It is an honor and a privilege to be named head coach of the New York Giants,” said Daboll. “Thank you to Joe Schoen for believing in me and to John Mara and Steve Tisch and their families for entrusting me with this position. My immediate goal is to assemble a coaching staff – a strong staff that emphasizes teaching and collaboration and making sure our players are put in the position to be their best and, ultimately, to win games. That’s why all of us do this. To teach, to be successful, to develop talent, and to win. I have a pretty good idea where our fan base’s feelings are right now, and I get it. I promise we will work our tails off to put a team on the field that you will be proud to support and give us the results we all want. ”

Daboll and the Bills have been widely praised for their work in developing quarterback Josh Allen. Buffalo drafted Allen No. 7 overall in 2018, the same year the Giants selected Saquon Barkley No. 2 overalls. Allen has become one of the NFL’s elite quarterbacks.

Daboll will now be in charge of fixing the broken Giants offense and helping the franchise determine once and for all if Daniel Jones, entering the final season of his rookie contract, can be his franchise quarterback.

Jones has been with the Giants for three seasons since they selected him No. 6 overall in 2019. Daboll will be his third coach, and Schoen is his second general manager.

“We’ve done everything possible to screw this kid up since he’s been here. We keep changing coaches. Keep changing offensive coordinators. Keep changing offensive line coaches, ”co-owner John Mara said at Schoen’s introductory press conference on Wednesday. “I take a lot of responsibility for that. Let’s bring in the right group of coaches now and give him some continuity and try to rebuild the offensive line and then be able to make it an intelligent evaluation of whether he can be the franchise quarterback or not. ”

The Giants finished 31st in the league in scoring in each of the past two seasons, and have not scored 30 points in a game since a 41-35 victory over Washington in Week 16 of the 2019 season.

“Brian was the first candidate we met with when we began our search,” said team president John Mara, “and as we continued our conversations, it was clear that his approach to coaching and team building was what we are looking for moving forward with. our team. Brian has had tremendous experience in the NFL and has been part of multiple championship teams. It is clear he used that experience to grow and develop into a dynamic leader, one that we are confident is the right fit as our head coach. ”

“First of all, Joe did a great job in lining up prospective head coaches,” said chairman Steve Tisch. “It was an impressive group, which made this an incredibly difficult decision for John, Joe and me. In the end, it was obvious Brian has spent his career preparing for this moment. He is creative, thoughtful, determined, and Joe and Brian are the perfect complement to each other. We will do everything we can to support their process as they build towards the 2022 season and well after that. ”

“I’m dying to get off of this train,” Mara had said on Wednesday. “I hate being in the position that we’re in right now. I want continuity. ”

Daboll will be the Giants’ fourth head coach (not counting 2017 interim coach Steve Spagnuolo) since they let Tom Coughlin go after the 2015 season.

Ben McAdoo, Shurmur, and Judge each lasted only two seasons on the job.

Let’s see if Daboll can provide that continuity.

Are you happy with the Giants’ hiring of Brian Daboll as head coach?

An immediate return match after a tough loss can be a risky proposition. There is no physical reason for this; after...
Read more
MLB

The Tampa Bay Rays took care of business in a series victory against division rivals the Toronto Blue Jays. They...
Read more
NASCAR

The Rangers' biggest fan on Sunday night may have been Jets quarterback Zach Wilson. The 22-year-old was in attendance for the Blueshirts' epic Game...
Read more
Load more