Can Key Vikings Stay Healthy in 2022? 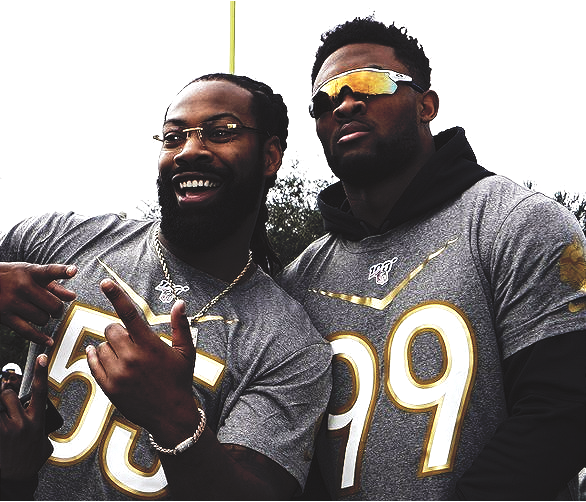 Injuries are a part of football. Every team has them, but sometimes it can feel like some teams have more than their fair share, especially when there are several vital players that go down injured.

That has been the case for the Minnesota Vikings over the last couple of seasons. With a new head coach and a revamped coaching staff, can key Vikings stay healthy in 2022?

When injuries occur, it is next man up, and you carry on. There’s no time for feeling sorry for yourself in the National Football league. Sometimes you find a new star or a viable starter like the Minnesota Vikings did with Tyler Conklin last season. Losing Irv Smith, who had been heavily touted for a breakout year just before the season started, was a big blow. Conklin stepped up and proved he could be a starting tight end, earning a big payday from the New York Jets.

Some players are just irreplaceable, like Danielle Hunter, who the Vikings have been without for most of the last two seasons. Having him healthy makes such a difference to the Vikings, who have to hope his injury troubles are behind him. It’s not just been Hunter, though. The Vikings had so many injuries to key players across the season last year. Here is a list of how many games key players missed due to injury.

Thankfully, the Iron Man Kirk Cousins ​​missed just one game due to Covid-19. The only game he’s missed since becoming a full-time starter, other than an end-of-regular-season rest at the end of the 2019 season. Say what you like about Cousins; he is super reliable – as we saw how desperate things looked in the one game he missed.

There will be injuries again. It is inevitable, but can key Vikings stay healthy in 2022? It will be imperative for the success of Kwesi Adolfo-Mensah and Kevin O’Connell’s first season in Minnesota.

For example, Danielle Hunter and Za’Darius Smith are as frightening of an edge-rushing duo as any quarterback in the league will go up against. However, in addition to Hunter’s injury woes, Smith is coming to Minnesota off the back of a season where he appeared in just one game and made a solitary tackle. If the Vikings have that pair fully healthy and on the field together for all 17 regular season game games, they will win more than they lose. That is how destructive they can be together.

Christian Darrisaw’s rookie season did not get off to the start he would have wanted. He did not take the field at the left tackle position until Week 5 and did not start a game until Week 6. He then missed two further games later in the season. Darrisaw showed signs of being the franchise left tackle the Vikings are looking for. If he can steer clear of injuries this year and go into the season with a full training camp behind him, he is ready to take a significant jump forward in performance.

Two players who spent more time away from the gridiron than on it for the last two seasons are Anthony Barr and Michael Pierce, who the Vikings parted company with this offseason. Barr became a free agent when his contract expired and is yet to find a new home. Meanwhile, Pierce was released by the Vikings as they made a significant cap saving in the process. Then Minnesota signed former Buffalo Bills defensive tackle Harrison Phillips – a move to make the Vikings younger and, I’m sure with the hope of being healthier at the position.

NFL football teams have to cope with a certain level of injuries during a season. However, when those injuries to key players start piling up, it becomes more and more difficult. Last season, the Vikings remained competitive before ultimately falling short. They will hope for better fortune in 2022, leading to a more successful season.