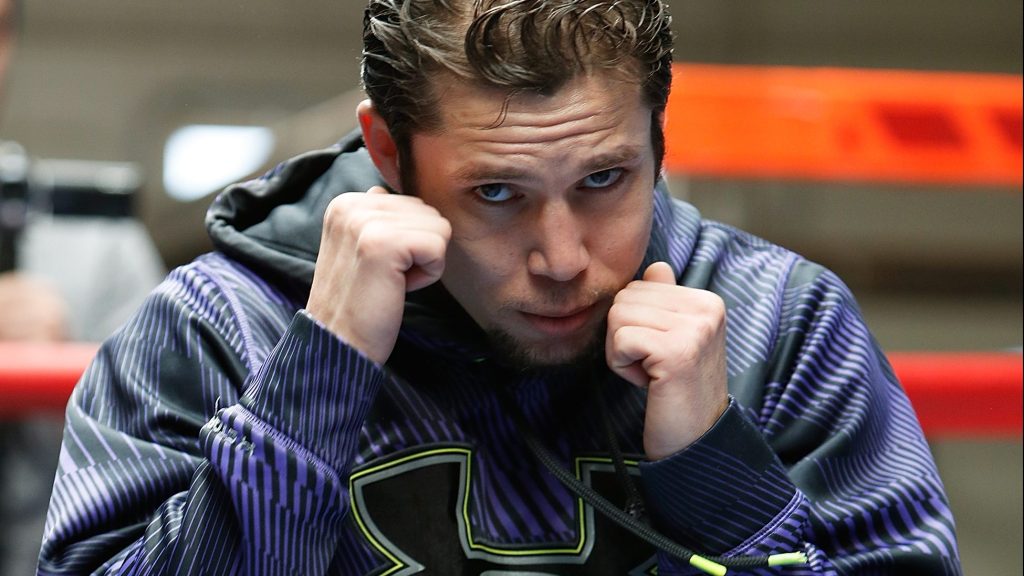 Carlos Cuadras was disappointed when he learned that Srisaket Sor Rungvisai pulled out of his fight this Saturday in Phoenix. And he’s determined to avenge two losses to rival Juan Francisco Estrada, including an 11th-round knockout in his most-recent bout.

However, his focus at the moment is squarely on unbeaten Jesse Rodriguez, who replaced Sor Rungvisai in the upcoming bout for a vacant secondary WBC title at Footprint Center (DAZN).

“I have no plans right now,” Cuadras told Boxing Junkie through a translator. “First, I have to walk away with my hand [raised] in victory. Then I’ll talk to my promoter, Mr. Honda. He knows the best decision for my career.

“I’m going to wait and see what he says. I’m ready for anything. ”

Cuadras (39-4-1, 27 KOs) was ready for Estrada in their rematch, in October 2020. The Mexicans gave fans a memorable war before the WBC champ put Cuadras down twice in Round 11 and stopped him in Mexico City.

That was Cuadras’ first title fight since 2016, when Roman Gonzalez took the WBC belt from him. “Chocolatito” would lose it to Sor Rungvisai, who would then hand it over to Estrada.

“I learned not to fall into his style,” said Cuadras, referring to what he took away from the Estrada fight. “My style is faster, I move my legs more. It was an error standing and exchanging with him when I know how to fight a different way.

Cuadras could get a third shot at Estrada, although things got complicated because of the coronavirus.

He was part of an informal tournament that was designed to produce the top champion at 115 pounds, him vs. Sor Rungvisai on Saturday and Estrada vs. Gonzalez on March 5. The winners would then have fought one another for junior bantamweight supremacy.

However, first Estrada and then Sor Rungvisai contracted COVID-19 and everything changed. Cuadras has Rodriguez (14-0, 10 KOs) on Saturday and Gonzalez will now fight respected flyweight champ Julio Cesar Martinez next month.

There are still compelling fights on the horizon, however. Cuadras would love a shot at the Gonzalez-Martinez winner or go directly into a third fight with Estrada. Both of those fights would give him a chance to win another full championship.

Cuadras probably is the least accomplished of the big four. He’s 1-3 in fights against them, the victory coming against Sor Rungvisai. Estrada is 4-2, Sor Rungvisai 3-2 and Gonzalez 2-3.

Cuadras is proud to be grouped with his rivals, who have produced a series of classic brawls. They’re collectively a sort of mini version of the great Four Kings, Roberto Duran, Marvin Hagler, Thomas Hearns and Ray Leonard.

And there are more fights to come among them, even as they continue to age. The picture is 33.

“It’s really an honor to be compared to those legends,” he said. “I want to move forward and continue to be compared to them. … I have two or three years or more. When I feel I’m in decline, I’ll say, ‘OK, this is the end.’ Look at Nonito Donaire, though. He’s a world champion at 39. And he gave us a great fight [against Naoya Inoue].

“I feel I can also keep going. I feel good, I feel strong. I would like to get all four belts in the division like Canelo [Alvarez]. That’s what I want to accomplish. ”

Of course, he has to get past Rodriguez first. The brother of 115-pound contender Joshua Franco is on a roll, having stopped his last six opponents. However, he is taking a big step up in class against the experienced Cuadras. And he’s moving up in weight.

Easy win for Cuadras? He can not afford to look at it that way with so much at stake.

“I know he’s less experienced than I am,” Cuadras said. “That could make him dangerous. He’s young (22). He has all the momentum. He will not give up easily. … I know I have a tough test ahead of me.

“I will not go in overconfident. I’ve worked too hard to achieve this win. ”