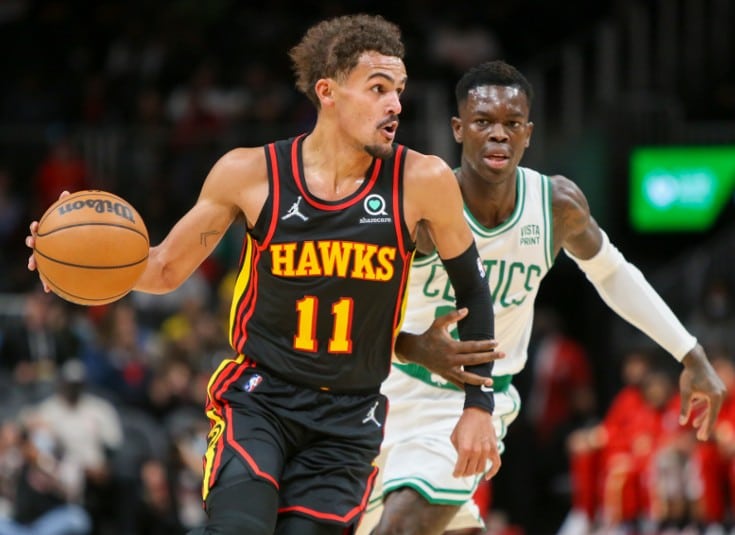 In tonight’s Eastern Conference showdown, the Boston Celtics (25-24, 23-25-1 ATS) are playing the Atlanta Hawks (22-25, 20-27 ATS); NBA picks are available here. Will Jayson Tatum and the Celtics end the Hawks’ five-game winning streak? In addition to starting lineups, our top NBA picks and betting trends are available below.

All Celtics vs Hawks betting odds can be found at BetOnline

Furthermore, on Tuesday, in the Celtics’ 128-75 blowout win over the Kings at home, forward Jayson Tatum led his team in scoring, accumulating 36 points in 31 minutes played. Guard Jaylen Brown added one more double-double to his career total, too. He finished with 30 points, 10 rebounds and 3.0 assists in 24 minutes on the court. Boston has won seven of its past 10 games. Not only is the team on a two-game win streak, they are 9-14 away, 16-10 at home and 12-11 ATS on the road.

Meanwhile, in the Hawks’ 121-104 victory at home versus the Kings on Wednesday, Bogdan Bogdanovic and Onyeka Okongwu both scored 18 points. Guard Trae Young closed out his performance with another double-double. Young had 17 points, 3.0 rebounds and 10 assists in 25 minutes played. While they have won just five of their last 10 contests, those were consecutive wins. On top of their five-game win streak, they are 12-11 at home, 10-14 away and 11-12 ATS at home this season.

Pertaining to ESPN’s Basketball Power Index, the Celtics have a 61.7% probability of winning.

Regarding other matchups, in the previous three meetings, the Hawks are 2-1 against the Celtics. On Nov. 17, 2021, the first meeting during this regular season, Atlanta won 110-99 at State Farm Arena. The C’s have not defeated them since Feb. 19, 2021, when they won 121-109 at TD Garden. Unlike the Celtics from two seasons ago, this team has failed to beat Atlanta on the road.

On another subject, Celtics center Bol Bol will miss plenty of games for the foreseeable future. The third-year player is rehabbing a foot injury. In the NCAA, he also played his first nine games with the Oregon Ducks before sustaining a season-ending foot injury. In a total of 14 career games in the NBA, he averaged 2.4 points and 1.4 rebounds per game. The big man is quite injury prone.

#NEBHInjuryReport for tomorrow vs. Atlanta:

Aside from the C’s losing PJ Dozier for the season, they have a healthy roster, just like the Hawks. Inconsistent and unpredictable are words a bettor could use to describe either of these Eastern Conference teams. Therefore, think about picking the Celtics to win, they will cover the spread and the total will go under 219. To learn more about NBA betting, feel free to skim through our handicap betting guide. Other NBA Picks are on the main page.

All betting lines were retrieved from BetOnline. Click below to claim a free bet, if you’re a new customer.