Chiefs’ free agents who could join Mike Kafka with Giants 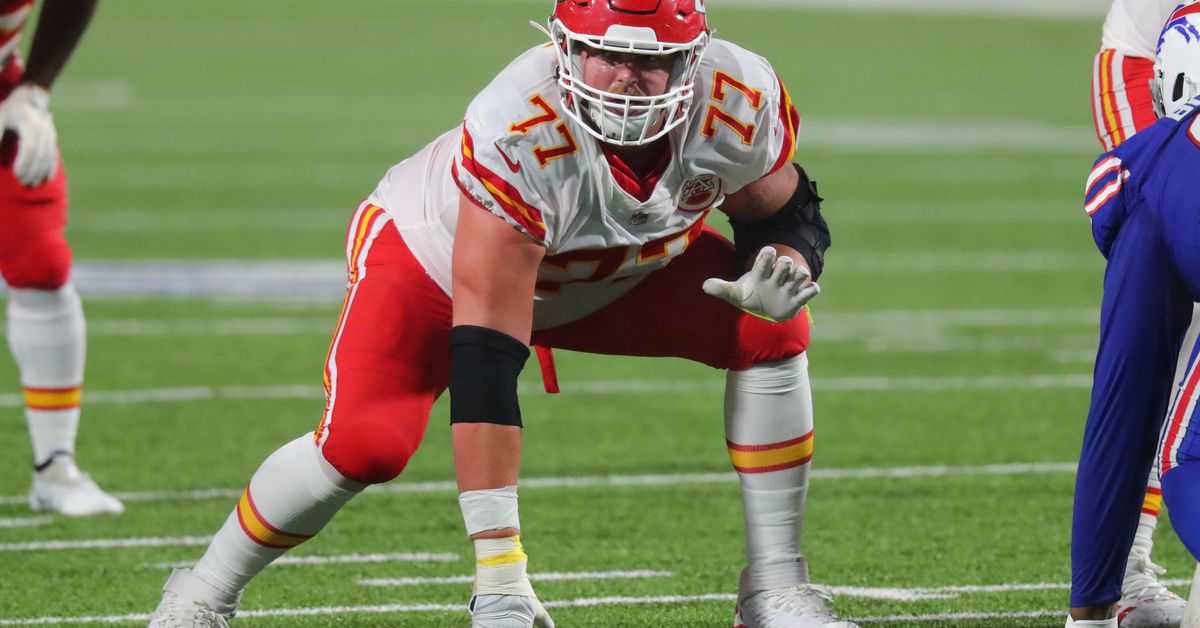 It happens every time there is a regime change. A new general manager or head coach, or both, bring players with them from their previous stop. New York Giants fans have seen it before.

So, could some Kansas City Chiefs‘free agents on the offensive side of the ball follow Mike Kafka, the Giants new offensive coordinator, to New Jersey?

Matt Conner of Fansided’s Arrowhead Addict recently offered a list of three pending Chiefs’ free agents who might consider doing that. Let’s have a look.

Here is part of what Conner wrote:

If there’s a single player the New York Giants might like to bring in this season from the Chiefs (within reason), Andrew Wylie would certainly fit the bill given the team’s woes along the offensive line in recent years.

The Chiefs will be smarting if they watch Wylie leave in free agency but they should be planning for such things already since Wylie has definitely earned himself a significant raise in free agency. Wylie has played admirably for the Chiefs for a full season (or almost) at left guard, right guard, and right tackle, giving him a strong body of work to impress potential suitors.

The truth is that the Giants could sign someone like Wylie to a solid multi-year deal and figure out where to put him in training camp, allowing them some security as they scan the market and draft board to follow the value where it leads. If Wylie starts at left guard or right guard, the Giants are in good hands. If he lands at right tackle, the performance there in the past has been adequate at least and it does not have to be a long-term fix.

Valentine’s View: This is the type of free agent I think Joe Schoen should be focused on. The 28-year-old Wylie played adequately at right tackle for the Chiefs in 2021, starting seven games and playing 731 of his 737 offensive snaps at that spot. He allowed only four sacks and 31 total hurries, but his 95.4 Pro Football Focus pass-blocking efficiency grade was the lowest of his five-year career.

Wylie has 1,943 NFL snaps played at right guard and 574 at left guard. He is the type of inexpensive player who could fill any of three spots for the Giants.

While no one in New York would begin their parade planning in the wake of such a signing, the truth is that Robinson is trusted so much by his coaches in Kansas City for a reason. He’s got decent hands, runs good routes, and is a very capable and willing blocker. He’s able to fill in a solid wide receiver and special teams slot by doing the little things well that earn him playing time and he could provide the same in New York.

The Giants already have Kenny Golladay and Sterling Shepard and Kadarius Toney and perhaps Darius Slayton makes a difference here and Robinson is redundant. However, a new regime will want to see someone they trust and Robinson could be a glue guy at wideout for a new offense. It’s also possible that D-Rob tries to find something extra for a new team. Either way, Kafka might like to see a familiar face in the receivers room as he takes to a new franchise.

Valentine’s View: I do not know that Robinson would be redundant. The Giants are likely moving on from Shepard, and after that who do they have at wide receiver they can really be certain of? It might seem far-fetched, but could they use Toney, last year’s first-round pick, as trade bait? What should we make of Golladay and Slayton?

Robinson has 145 receptions over six seasons. Conner also mentions Byron Pringle, who had a career-high 42 catches last season, as a possibility for the Giants. I could see one of the two landing in New York.

The reason we’ve listed Darrel Williams as the man out here is that he’s got the best chance to earn some extra coin this offseason as a free agent for the first time in his NFL career. Slowly and steadily, Wiliams has proven himself as a tough runner with deceptively good hands over time, and his underdog status has been his MO since his days back at LSU as a productive back who has never been given the spotlight.

For his part, Williams eclipsed the 1,000 yards mark from scrimmage last year in a breakout effort in which his reliability and skill set proved as valuable as ever for the Chiefs. That might sound good to the Giants as a likely lower-cost free agent option who has always done the most with what he’s given, a man capable of carrying a load or sharing the spotlight. It would provide security in the wake of any potential Saquon Barkley movement as a do-it-all back with championship experience.

It’s hard to believe that Kafka would not love to have a backfield asset like Williams in his new digs, knowing that he can fill an important role so well next to Devontae Booker.

Valentine’s View: This is the kind of thing the Giants would only do if they were to move on from Barkley. Williams, 27 next season, is a useful runner and receiver. I’m not sure about this one, though. Even if the Giants move on from Barkley I’m not sure it would be wise to invest some of their limited cap space on another free agent running back likely to cost somewhere in the Booker neighborhood $ 3.125 million 2022 cap hit.