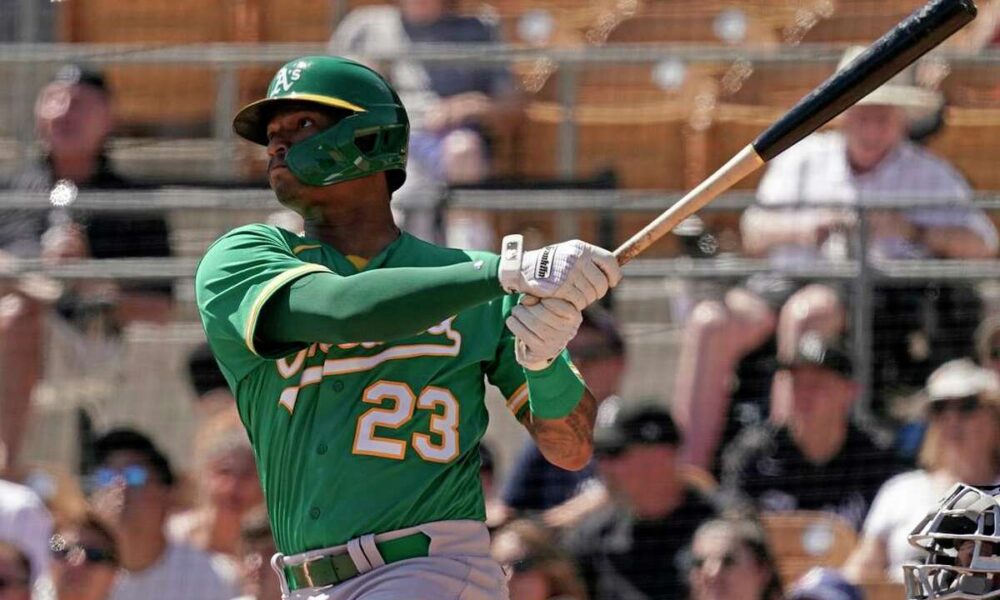 Baseball prospects have an infinite range of outcomes, but in most cases, it’s a limited portion of the infinite. We can almost always tell what kind of player they’ll become, just not always how well they’ll succeed. Let’s use Adley Rutschman as an example. The Orioles’ rookie catcher was the top pick in the 2019 draft and a consensus top-five prospect in MLB prior to this season. He’s been fine over his first month of MLB action, no better and no worse. From here, he could ascend to the Hall of Fame, flame out after a brief stint as a backup catcher, or land anywhere in between. However, his slice of infinite outcomes does not include becoming a slap-hitting, base-stealing, Gold Glove outfielder like Ichiro Suzuki. That’s just not his skill set.

About eight years ago, Christian Bethancourt‘s range of outcomes looked similar to Adley Rutschman’s. He was a well-regarded catching prospect, albeit not quite as high as # 1 overall. He peaked on the prospect charts at # 69 in Baseball America’s 2014 rankings. It appeared as though his career would finish somewhere on the number line between 2 and 3, with “2” being Andrew Knizner and “3” being Buster Posey. Instead, his career flew so far off the line that it’s not even a number anymore. It’s a color or a farm animal. On a scale of 2 to 3, he’s rooster.

Bethancourt signed as a 16-year-old amateur free agent out of Panama with Atlanta in 2008. He spent the next eight years climbing the organizational ladder rung-by-rung, never playing any other position than catcher. He first gained some prospect notoriety in 2012 when he appeared on MLB’s top 100 prospects list at # 91, then participated in the Futures Game that summer as a 20-year-old in Double-A.

Bethancourt appeared in one MLB game in 2013, then 31 more in 2014. In Baseball Prospectus’s scouting report before that season, they praised the following tools (on the 2-8 scouting scale): 8 arm; 6+ glove; 5 run; 5+ potential power. They elaborated, “If you like elite arm strength and true weapon in the catch / throw game, Bethancourt is worth the price of admission. The problem with the profile is the stick, as he is not a natural hitter and is highly unlikely to develop into a true dual-threat player at the highest level. ”

By the end of 2015, his age-23 season, that scouting profile seemed right on the money. Through 80 career games, he had slashed merely .219 / .245 / .283. His future as a backup catcher seemed etched in stone. The organization traded him to San Diego that winter, and that’s where everything went haywire.

How to Ruin a Catcher

Bethancourt’s first year with the Padres was normal for a backup catcher, even if it was not very good. He played 73 games and hit .228 / .265 / .368. What he lacked at the plate, he presumably made up for with his lauded defense behind it… except that’s not entirely what happened.

He only caught in 41 of those 73 games played in 2016. He did some pinch-hitting in the pre-DH National League, but for the first time in his professional career dating back to 2008, he expanded his positional horizons. The Padres used him as a corner outfielder 12 times, once at second base, gave him two starts as a DH (???) in interleague play, and let him pitch twice. Their reason for finding creative methods of getting his lightweight bat into the lineup is a mystery lost to time, especially when nearly all of his value came from his defense at catcher. It’s not a coincidence that the 2016 Padres finished 68-94.

Those two pitching appearances seemed unremarkable at the time. Lots of backup catchers pitch in blowouts. After all, Baseball Prospectus gave his arm the highest possible scouting score. That was evident in his fastball, which sat 93-95 mph and topped out at 97 against Stefen Romero:

That was the first batter he ever faced in his professional career. His velocity enthralled the Padres brass so much that they decided to make him a pitcher full-time… at the major-league level… with no minor-league pitching experience whatsoever.

Inexplicably, the 2017 Padres broke camp with four so-called catchers– Austin HedgesChristian Bethancourt, Héctor Sánchez, and Luis Torrens. However, Bethancourt would not play his natural position even once that entire season. He batted seven times, mostly as a pinch hitter, collecting just one single. As a pitcher, he appeared in four games, allowing 14 of 25 opposing batters to reach base and surrendering 9 runs in 3.2 innings. By the end of April, he was sent down to Triple-A.

A sensible front office would end the experiment there. He might never have developed into much of a hitter, but he was at the very least a superb defensive catcher and still just 25 years old. Letting him resume honing the skills that got him to the majors in the first place would’ve been the only logical decision. But the early years of AJ Preller’s reign were not always logical.

For the remainder of the 2017 season, Bethancourt was EXCLUSIVELY a pitcher in Triple-A El Paso. Predictably, he got absolutely shelled, allowing 50 hits and 33 walks in 41.2 innings with an 8.21 ERA. Why did not they at least send him to the lower levels to learn how to pitch? Better yet, why let him fail repeatedly at something he was never trained to do? Rather than answer the unanswerable questions, the organization let him walk away as a free agent at the end of the season.

Bethancourt finally got his first reps as a catcher in 2017 playing winter ball in the Dominican Republic. He signed with the Brewers for the following season and enjoyed his most successful year in the minors, hitting .297 with 20 home runs for Triple-A Colorado Springs. Perhaps most importantly, he caught 74 games, played first base for eight, and did not pitch whatsoever. Despite getting back on track, he never received the call up to Milwaukee.

From there, his career meandered around the globe. He went back to the Dominican for winter ball, as he has done every year since. He spent 2019 with the NC Dinos in South Korea. The Phillies picked him up in 2020, but the pandemic canceled the minor league season. They released him at the end of March 2021, and he latched on with the Pirates. He spent last season in Indianapolis with their Triple-A affiliate. Throughout his journey, he remained primarily a catcher, though he did play some first base and in the outfield.

The Oakland A’s signed him as a free agent this past November. He did not make the team out of Spring Training, but was called up on April 8 for his first MLB action since April 22, 2017. Since then, he has settled in as a nearly everyday player, having participated in 28 games at first base, 14 at catcher, and eight as the DH. With a .244 / .285 / .391 slash line so far, 2022 has been the best offensive season of his MLB career. His 96 wRC + indicates his total hitting output is just a little below league average.

On June 8, the A’s brought him in from the bullpen to pitch the final inning of a 13-2 loss to Atlanta, the organization that originally signed him in 2008. He pitched a scoreless inning, yielding just one walk. Ironically, this was the best pitching appearance of his MLB career. He even reached 95 mph again on this ball to Matt Olson:

On the next pitch, Olson grounded out on a slider to end the inning. Bethancourt has finally found a sustainable role in the major leagues for the first time since 2016 doing the things he was always meant to do. His .391 slugging percentage is second-best on a bad A’s team. The June 8 pitching appearance was the coda to a bizarre chapter in his career that has finally closed— just as long as his manager does not make a habit of calling him in from the bullpen.