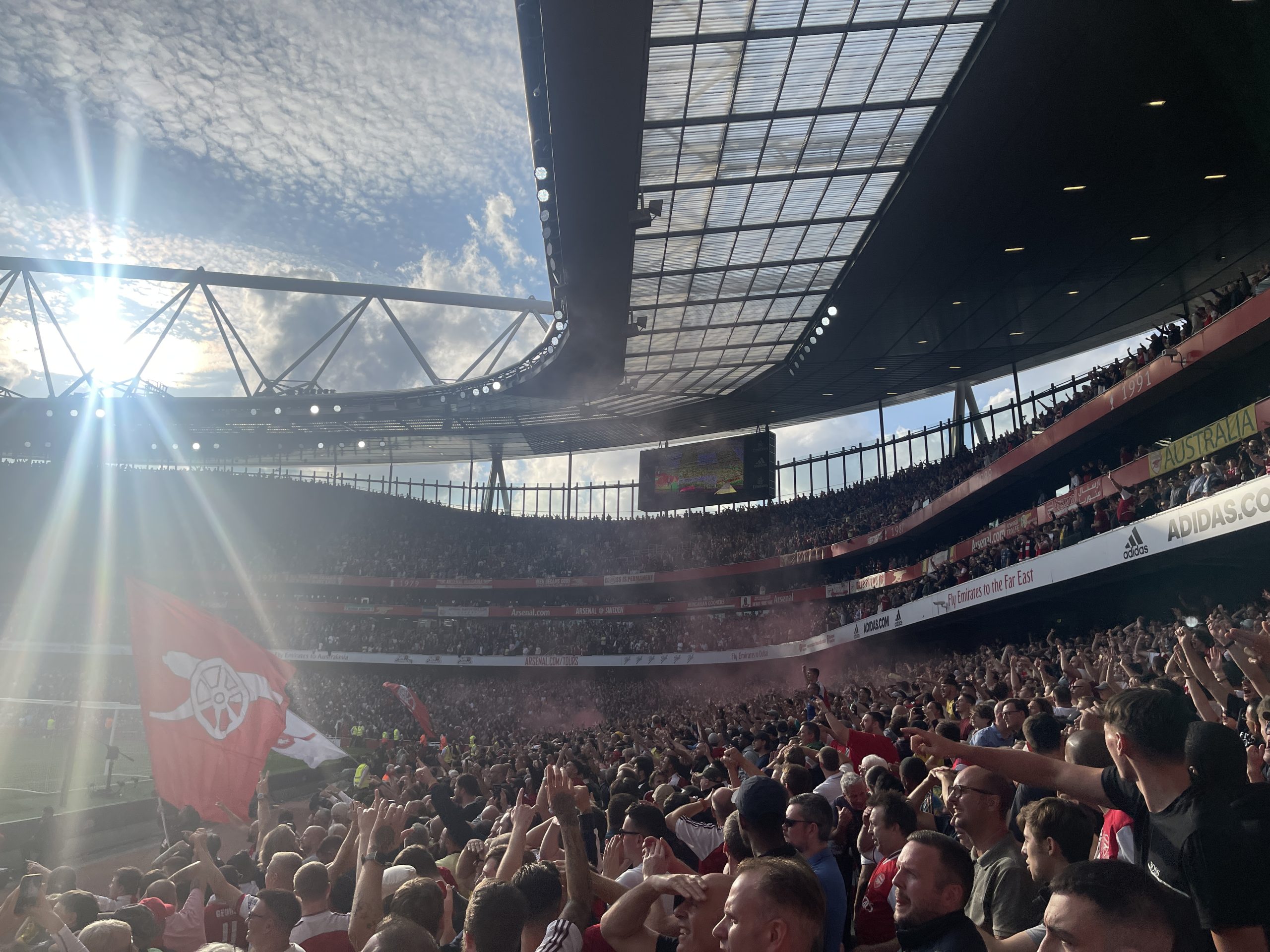 Not a bad day for my youngest to experience his first north London derby, I suppose – and not a bad experience for me either. And to celebrate, as well as starting a sentence with ‘and’, I thought it would be remiss not to throw a few words together.

I should really have got up early to write this, and be more in the moment than this is going to be, but I like to leave the dawn chorus to Arblog, or at least that’s my excuse for not being arsed to rise with the larks . It was raining outside. Is that better? Have this lunchtime one with your sandwich. Or do not.

Sod it, I’m going to do a listicle. Although I do fundamentally disagree with the word, and I’d like to formally register that point before I start.

The pre-match atmosphere at the Chelsea game was wild, it was pretty good for the visit of Norwich, and yesterday it was completely mad. Just such a good buzz, with people getting in far earlier than they ever used to, and the concourse cacophony carried on throughout the game. You can put it down to a new-found solidarity with a young team if you want (and it’s a bit of that), but frankly I think we all know that offering two beers for the price of one has transformed things. Simple, eh? Not surprisingly, at half time it was even more raucous, with bouncing and the occasional airborne beer. Loud, funny, brilliant fun.

Half-time bar queues though – it’s amazing they’ve had 15 years to sort this out, but haven’t. Oh well.

Of course Saka and Smith Rowe were at the heart of everything, and deserve all the love they’ll get, but everyone around them was immense too. It just clicked. Lots has been written about our six summer signings, and whether they can do what we need them to do soon enough, but the signs are really good so far. All six are settling in really well and are clearly offering us a whole load of energy and different options. Four started yesterday – and the other two came on. Arteta has bet the house on these lads, with some older heads and Hale End maestros complementing them, and if we can keep up the intensity and inventiveness of yesterday, we have a lot to look forward to. Big if – but that’s the benchmark!

Arteta’s (and this team’s) future trajectory was always going to be reliant on us handbrake-offing a bit more, so it was great to see some real adventure, pace and freedom yesterday. With Odegaard, Smith Rowe and Saka in the same team, ably backed up by Partey (and hat tip to Xhaka too, who was great), you can see where Arteta wants things to go. There will be less open games than this, and less freedom, but with more than one creator you give yourself more than one chance. It was so good to see. We totally blew them away in one of the best and most memorable first halves for years.

There’s been a lot of chopping and changing since Arteta arrived, and it’s been quite hard to know who should be in and who should be out. But with the new signings and a (fingers crossed) clean bill of health, was yesterday Arteta’s preferred starting XI? It certainly feels like it – with breathing down the neck coming from the likes of Leno, Holding, Sambi, Pepe, Lokonga, Lacazette and Martinelli.

Anyway, soak it in and enjoy. I’ve watched MOTD twice, read all the reports and blogs, hoovered up the videos, imprinted a smiling Tony Adams onto my retina, and later on I’ll whack on the cans and listen to some podcasts. When you’ve been a bit hungry, you eat!

I notice that in my last post – right after the City walloping – I said Arteta’s lightbulb moment could not come quick enough. Well maybe yesterday the lights came on.

Come on you rip-roaring reds!

Rafael Nadal talks to the media ahead of 2022 Roland Garros. THE MODERATOR: We all want to know if you have recovered from what...
Read more
Sports