Concacaf W Championship 2022: Top NWSL players to watch that are not representing USWNT in qualifying 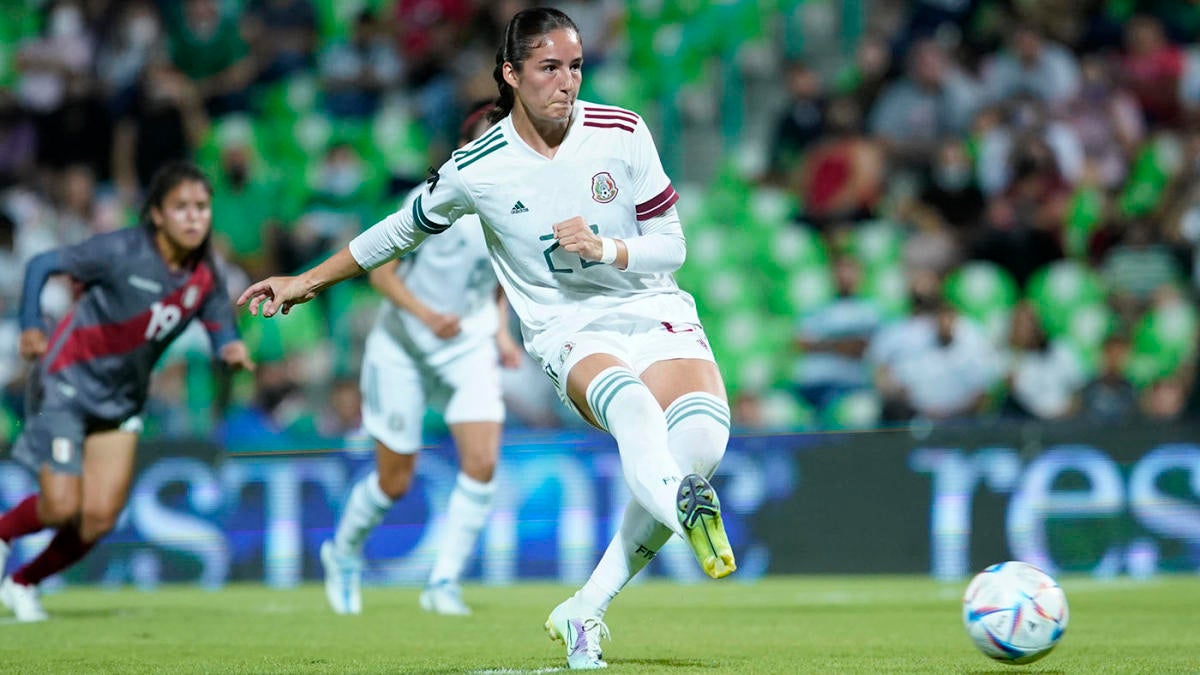 Several players in the Concacaf region play for club in the National Women’s Soccer League, including the 23-player roster for the USWNT. When the tournament begins, over 40 players across the eight teams will represent their respective nations and the NWSL. Let’s take a look at some non-USWNT NWSL players – spanning from Canada to Mexico, Jamaica and Costa Rica – to keep an eye on during the tournament.

As a reminder, Paramount + is the only place to stream every minute of every match in the Concacaf W Championship. You can quickly and easily sign up for your very own account right now with a free one-month trial (from June 27-July 19) by using GLORY as your offer code. Just click on the “try it free” button and use the promo code for instant access to the best women’s soccer – NWSL, FA Women’s Super League, UEFA Women’s World Cup qualifiers and AFC Women’s Asian Cup – across all your devices.

Christine Sinclairforward, Portland Thorns FC: The team captain and the face of Canadian soccer team for nearly two decades, Sinclair is currently the all-time leading international goal scorer. She’s also been with the Portland Thorns since their inaugural year and has been a part of every title-winning season with the club during her time there. The 39-year-old is in the final stretch of her storied career and will likely add on to her international 189 goals scored record during this tournament. Could we see her keep it going in the World Cup next summer and potentially the Olympics a year later?

Want more coverage of the United States women’s national team? Listen below and make sure to follow Attacking Third, A CBS Soccer Podcast devoted to bringing you everything you need to know from the USWNT, NWSL and around the globe.

Quinnmidfielder, OL Reign: As a defensive midfielder, Quinn has played an integral role to the middle third during Canada’s recent competitive cycle. With an appearance in all nine of OL Reign’s regular-season games, Quinn has been an asset on both sides of the ball, thanks to their ability to provide smooth recoveries and feed attackers. Quinn is currently second on the Reign in pass competition into the final third (84.6%) and has created five chances. They’ll be key to Canada’s ability to shut down any quick transitional attack.

Kailen Sheridangoalkeeper, San Diego Wave FC: Sheridan is Canada’s starting goalkeeper and has helped lead the expansion side to the top of the table through its first 10 games. Sheridan has four clean sheets for the Wave and is among the top-five goalkeepers in the league in save percentage (76.5%). She’s capable of making the big save in action or from the spot and will be relied upon during the tournament to keep the backline organized.

Rocky Rodriguez, midfielder, Portland Thorns FC: The 28-year-old attacking midfielder has been in NWSL since 2016 when she was drafted out of Penn State. Rodriguez is one of Costa Rica’s superstars and one of the most prolific Central American players in the league. She made history with the national team as she scored the first World Cup goal in program history during the 2015 World Cup in Canada against Spain.

Maria Sanchezforward, Houston Dash: Sanchez was out of Santa Clara back in 2019, but found championship success in Mexico with Tigers Femenil before returning to NWSL on a brief loan with Houston Dash in 2021. The winger is now back with the squad on a two-year contract and has also raised her status among the national team ahead of World Cup qualifiers. She’s been involved with the program since she was a teenager and featured in her first World Cup in 2015 with Mexico. Her accurate service into the box and strength on set pieces will make her an asset for Mexico as the host country. Being able to score goals herself does not hurt either.

Diana Ordonezforward, North Carolina Courage: After some time with the United States youth programs, Ordonez recently made the switch and has logged her first two appearances with the Mexican team during the Concacaf W Qualifying stage in April with two goals scored against Anguilla. She was drafted out of Virginia by the North Carolina Courage this year and is having a standout rookie year with the club. She’s featured in seven games, with four chances created and three goals scored – tied with Brazilian international Debinha for most goals on the team this season.

Allyson Swabydefender, Angel City FC: The former Boston College defender has had success playing overseas in Iceland and recently in Italy with Serie A side AS Roma. New NWSL expansion page Angel City FC announced Swaby would join the club after the completion of the Supercoppa Italiana in January 2022. During her time in Italy, Swaby was a versatile back who could shift centrally or into the outside back position. She’s been with the Jamaican national team since 2018 and was part of the Reggae Girlz’s first World Cup squad in 2019. Her ability to connect with the frontline will come in handy during the tournament.

Havana Solaunmidfielder, North Carolina Courage: The midfielder was drafted into the NWSL back in 2015 and has had a career that spans three continents since then. Before making her return to the NWSL with the North Carolina Courage in 2020, Soluan made her debut with the Jamaican national team during their build-up to the 2019 World Cup. She made history with the team during the 2019 competition and scored the first World Cup goal for the program as a second-half sub against Australia.