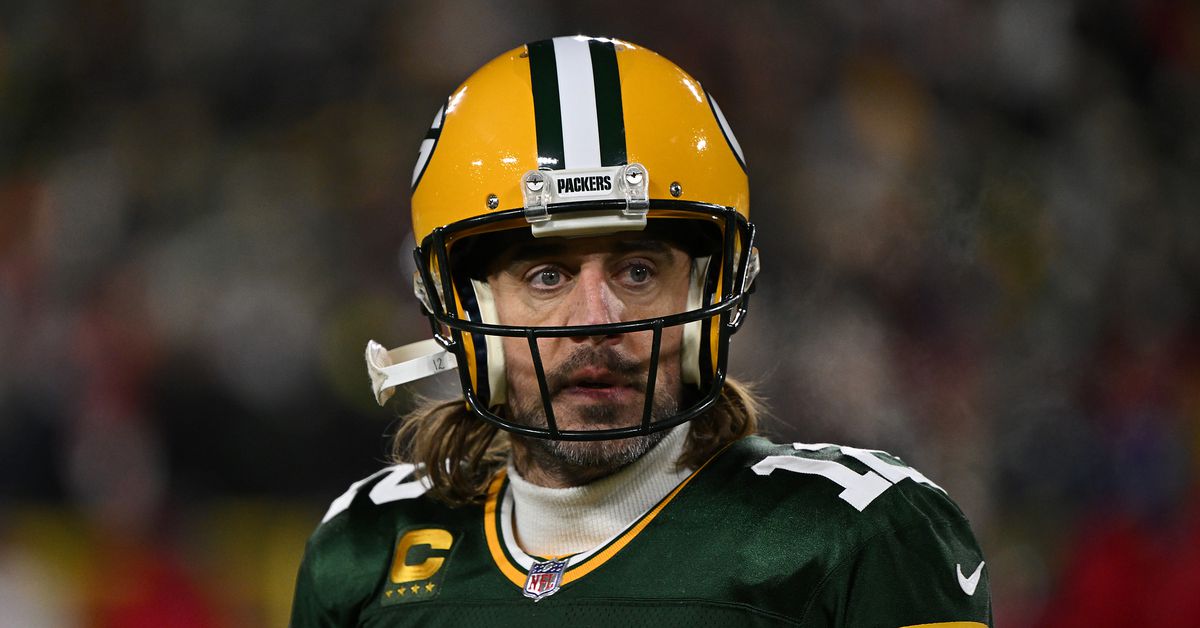 Bitcoin prices slipped to a six-month low on Monday. This is bad news for anyone who has invested in crypto, including a motley group of politicians, celebrities, and athletes who’ve recently announced that they’ll accept their paychecks in cryptocurrency.

New York City Mayor Eric Adams, basketball player Klay Thompson, and NFL quarterback Aaron Rodgers all face large pay cuts after bitcoin prices fell lower than $ 33,000 this week – a far cry from a November high of nearly $ 69,000. NFL wide receiver Odell Beckham Jr., who reportedly converted a $ 750,000 paycheck into bitcoin, may have lost the equivalent of almost $ 350,000, according to an analysis from MarketWatch. While the price of bitcoin has since somewhat rebounded, it hadn’t fully recovered as of early Tuesday night and remains extremely unpredictable.

These high-profile people have become a cautionary tale about why converting your cash salary into a highly volatile and largely unregulated digital token may not be such a good idea.

Get the best of Recode’s essential reporting on tech and business news.

Right now, crypto paychecks are in a gray area. US labor law generally requires that companies pay their employees with a minimum wage, so an employer is unlikely to pay you exclusively in cryptocurrency coins, though they might offer you some as an extra perk. What a company may be able to do is convert your US dollar-based paycheck into a particular cryptocurrency coin, like bitcoin or ethereum. Using that approach, the number of coins an employee receives will depend on the value of that coin, in dollars, at the time the employee is paid.

On payday, your employer will send that portion of your salary to a cryptocurrency exchange platform instead of depositing it into your bank account. That platform will then convert the dollars it received from your employer into the coin of your choosing, and then deposit those coins into a digital wallet specifically designed for cryptocurrencies, which you also have to set up. Your employer may pay a fee to the cryptocurrency platform to provide this service.

If your employer does not offer this option, you can still get paid in crypto. Some cryptocurrency platforms allow you to sign up for direct deposits, which you can use to schedule cryptocurrency purchases every time you get paid.

These bitcoin paychecks are part of a broader movement to make cryptocurrency a bigger part of our everyday finances. Today, mobile payments services like Venmo and PayPal allow people to buy, send, and receive cryptocurrency. A growing number of credit cards offer cryptocurrencies as part of their rewards programs. And even if you do not want to directly own cryptocurrency yourself, you can still invest in the cryptocurrency economy through the stock market, where you buy shares in a publicly traded cryptocurrency company or a bitcoin-linked exchange-traded fund, which is a basket of securities, with the regular old US dollar.

There’s still not much you can do with that cryptocurrency, though. Most vendors continue to require the US dollar as a primary means of payment, and you generally can not use cryptocurrencies to pay for basic everyday expenses like rent, mortgage payments, food, and medical bills. For now, taking your salary in cryptocurrency is most analogous to investing your entire paycheck into the stock market – though it’s much, much riskier.

“Most people do not have extra income lying around to put directly into any investment, let alone into a volatile investment vehicle like crypto,” explains Cathy Barrera, the founding economist of the Prysm Group, a blockchain consulting firm, and the program director for the University of Pennsylvania’s Wharton business school’s digital assets program. “When we’re talking about folks like celebrities, we’re talking about people who have an incredible amount of disposable income.”

That means these public examples of people opting to be paid crypto salaries are another reminder that rich and powerful people can take financial risks that most of us can not. And they have other motives for promoting cryptocurrencies, too. The growing number of American mayors dabbling in bitcoin salaries, including Miami Mayor Francis Suarez and Jackson, Tennessee, Mayor Scott Conger, want to woo the burgeoning cryptocurrency industry to their cities. Employers, similarly, want to attract younger and in-demand tech workers with any perks that might sound cool. Celebrities and athletes continue to get paid to promote lots of products and ideas that do not make sense for average people.

So even if you do not want a cryptocurrency salary, you’ll probably keep hearing about them. But if the idea of ​​getting paid in cryptocurrency does sound appealing, prepare for some wild fluctuations in your paycheck – and some grueling tax paperwork.

This story was first published in the Recode newsletter. Sign up here so you do not miss the next one!

PJ Tucker opted out with the Heat, and the forward has now officially signed a three-year, $ 30 million contract with the 76ers....
Read more
Sports

Rafael Nadal speaks after his third round encounter with Lorenzo Sonego on Center Court. Probably been my best match here without a doubt during...
Read more
Sports

Review by AllTheBestFights.com: 2022-07-02, we are going to comment and rate the mma fight Israel Adesanya vs Jared Cannonier as soon as we...
Read more
Load more