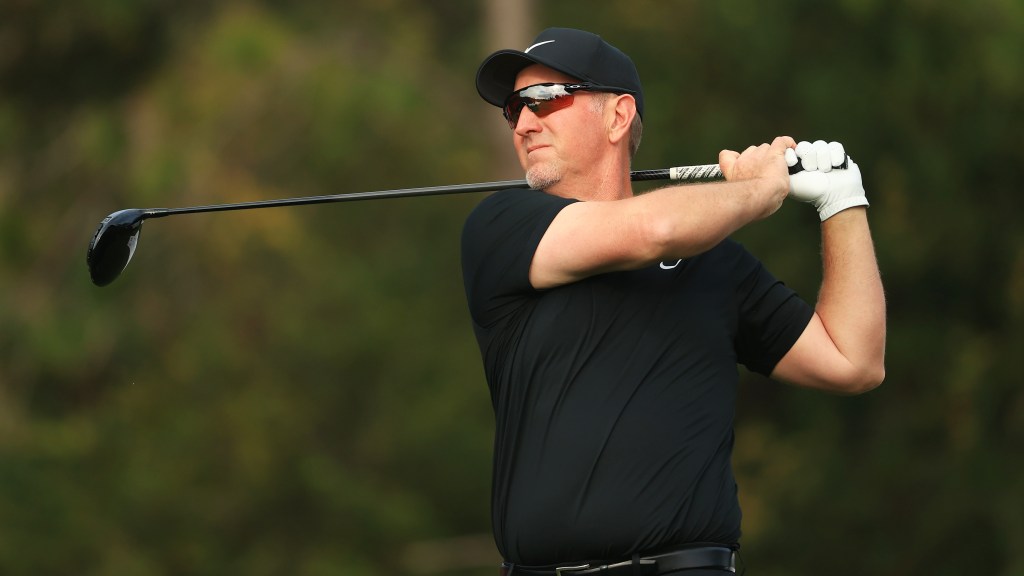 A 58 and a 59 will make their PGA Tour Champions debut in Naples this year.

No those aren’t the ages for David Duval and Jim Furyk.

They’ve each shot that score on the PGA Tour.

Duval plans to make his transition from TV fully on the PGA Tour Champions this year.

So that will include the 35th annual Chubb Classic presented by SERVPRO coming up Feb. 14-20 at Tiburón Golf Club at the Ritz-Carlton Golf Resort, the tournament announced Monday.

Duval, a former world No. 1, made his Champions debut in the Mitsubishi Electric Championship at Hualalai in Hawaii last month, and tied for 34th. He turned 50 on Nov. 9.

Furyk, a 17-time PGA Tour winner, including the 2003 US Open and three-time PGA Tour Champions winner, will make his debut at the Chubb Classic. Furyk shot a 59 at the BMW Championship in 2013, and then three years later, became the first ever to shoot a 58, doing so at the Travelers Championship.

‘The field is extremely strong’

But the field will not include its defending champion, Diamond all but confirmed.

Steve Stricker, who won last April in the first playing of the tournament at Tiburón Golf Club’s Black Course, had a long hospital stay towards the end of 2021 due to inflammation around his heart.

“I do not think he’s going to be here,” Diamond said. “I think it’ll take a minor miracle.

“I spoke to his agent and he is doing much better, so that’s good.”

Photos: David Duval through the years

What to know for Chubb Classic 2022

There will be a 78-player field competing in the 54-hole championship Friday through Sunday, for a share of the $ 1.6 million purse. Players have until 5 pm ET on Friday, Feb. 11 to commit to the Chubb Classic. Golf Channel will televise live all three rounds of play.

Els, a World Golf Hall-of-Fame member who has recorded more than 70 professional victories worldwide including four major championships, will be making his second consecutive appearance.

Langer captured his sixth Charles Schwab Cup season-long points title in 2021 at the age of 64.

Diamond said that something that’s also been good has been the sales component. The 56 groups for the two-day pro-am are completely sold out.

“My background is more on the business development side, the sponsorships and marketing,” Diamond said.

While Stricker is not likely to return, something just as important will – fans. After not allowing the general public to attend last year due to the coronavirus pandemic, full attendance will be allowed this year.

Paolo Banchero was selected first overall by the Magic in the 2022 NBA Draft, and now his Rookie of the Year odds have...
Read more
Load more