Do something to stop being slapped in the face 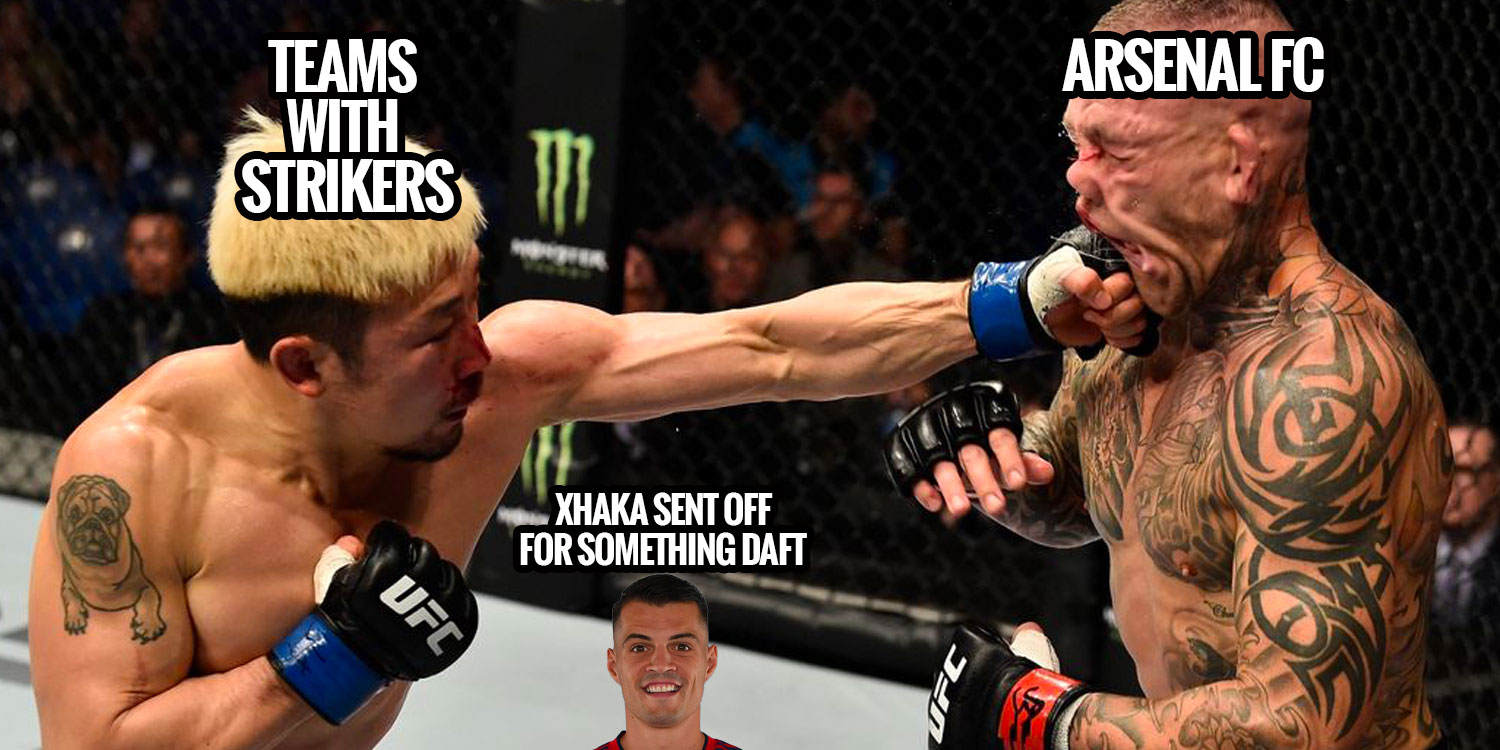 Hi people, what’s up? All good? A quick Saturday finish for you.

It does not look like much is happening with Arsenal. Well, I say that, but there is clearly a concerted effort to embrace minimalism as a concept of group building. Or, should I say, group dismantling. So far there have been no new arrivals, and the departure lounge looks busier. Did we bring in Marie Kondo as a consultant or something, throwing away the stuff that no longer ‘evokes joy’.

There have been reports that Juventus and Barcelona have been in contact over Pierre-Emerick Aubameyang, and I have some thoughts on that. First, Juventus. After just signing Dusan Vlahovic, a player we were looking for in January, why would they want him? Second, even if they did, we should tell them to keep it, because the offer is likely to be seven billion old lira paid for over the next eight thousand years. Thirdly, it scares me that part of any deal could involve Alvaro Morata, a player I hate so much that it will spoil this window more than not bringing one to anyone.

I do not know pretty much what it is about him. Of course, his time at Chelsea plays a role, but his nomadic wanderings through Europe and scrappy transfer fees and loans make me think he’s owned by some kind of shitty organized crime syndicate that uses him to launder money. Getting Morata as the goal scorer would be like waking up on Christmas morning hoping to see a brand new football, but instead getting a goat bladder full of toenails and earwax. I’ll personally set Edu’s tongs on fire if that happens.

As for Barcelona, ​​their finances are such that they could not afford a ticket to go up the Sagrada Familia, which still pays a significant portion of Aubameyang’s £ 300,000 a week wages. I think there is room for creative accounting, what’s another few million if you owe more than a billion? It does not seem so likely, but it is a situation that seems to need to be sorted out before Monday, because otherwise we will have another senior player picking up wages because he did nothing, who, as we can all agree , is not the ideal use of resources.

There was talk of Eddie Nketiah being sold to Newcastle, who is apparently not on hand as he is currently in Dubai with the rest of the boys. At this point, however, not much will surprise me. The Calum Chambers sale to Villa came to naught, and despite the fact that he did not play much, I would have been good to have stayed until the end of his deal. However, it’s a little different up front because we lack numbers. At the back there are ways we can cover, people can move around, but the reality of our team at the moment is that Eddie is the only senior backup for Alexandre Lacazette, so that makes a departure unlikely, not to mention what it says about our firepower. Which is not as much fire as a wet stick covered with a kind of moss.

The team, as it stands, looks thin.

We have the rest of today, then 48 hours until Monday night to get something done. Will we? I do not know? Should we? Yes of course. Can we? Hit me. Like I said yesterday, even if the guys who are gone are the most fringed fringe players, going through January with what looks like an asset stripping / cost-cutting mentality will get people liquidated.

This is not our first rodeo, we’re been through it time and time again, and I think there’s a tendency for fans’ reaction to the transfer window to be somewhat overloaded. That said, shouting for a signing or two is not greedy, it does not want more and more above what we already have, it is about wanting something to address the key issues we have in the team – especially up front. We know we have a chance to fight hard for a top-four spot, and to do nothing in this window would be like a boxer entering the ring with one hand tied behind his back. We might go a little well, but in the end we’ll get quite a few fists in the face.

As someone who has spent most of his life avoiding being slapped in the face – literally and metaphorically – I’m now somewhat on point. I like my teeth where they are, my nose should not be smeared all over my face, my cheekbones intact and my ears not wasted in a cauliflower.

All eyes on Edu the past few days.