Do You Need A New Mac Studio? Maybe 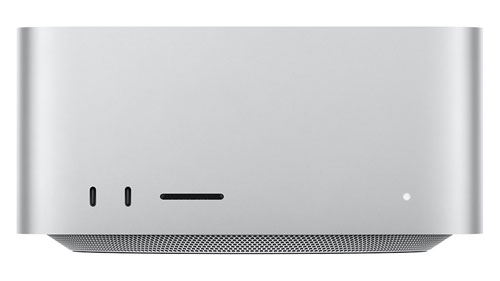 Apple just took the wraps off the first new Mac in years. The Mac Studio aims to fill the place between the Mac mini and the Mac Pro. Based on the newest Apple Silicon chips M1 Max and brand new M1 Ultra makes this new Mac the fastest Mac available to date. I really like the specs and the design. Having had Mac Pros in the past, a Mac mini Server, and iMac 27 kt desktops, this is a great fit for the intended audience.

Do you need a new Mac Studio?

“Need” is a strong word. In most cases, the answer is probably no. Let me explain why. This new Mac is targeted towards creative professionals that make their living using high-end professional applications every day, all day. In other words, if you sit at a desk working on dozens of layers in Photoshop, rendering videos most of the day, or working in 3D then you’re in luck, this is your new Mac! The reality is most of us aren’t doing full-time production work. That’s not to say that we do not do graphic design, retouch photos, edit videos, and the occasional 3D render. I’m not a video professional, but I work on videos every week. I see progress bars maybe once or twice a week.

Having a faster computer would probably mean turning a 5 minute render into a 2-3 minute render. Wow! That would literally cut the time in half. However, that one to two renders a week just isn’t worth the price of admission for a new Mac Studio. If I import 500 Raw images into Lightroom Classic and convert them to DNG, it might take a few minutes. A new Mac Studio would probably cut that time down quite a bit. However, pre-pandemic I was doing that task maybe 3-4 times a week at best, not every day and certainly not all day.

Do not get me wrong…

There was a time that I bought a new computer (with my own money) every two years. I bought the first Mac Pro when it came (2006) out and I spent thousands on it, because I wanted a really fast computer. Since I spent so much on this one, I skipped the next few upgrades because they were not that significant. However, in 2012 they did introduce a newer model and I decided that it was time to upgrade. I went all out and got a 12 core model with all the bells and whistles. Again spending thousands of dollars on it. I could not wait to get it set up and through a video timeline at it. Oh boy, this was going to be amazing right? Guess what? It was faster. Yep, it sure was faster. However, it was not night and day faster. Instead of taking 10 minutes, it took around 7 minutes.

What made matters worse is that computer speed is something that you acclimated to very quickly. In a week you will be used to the new speed as the new normal. I spent thousands of dollars on something that did not have a significant impact on my day-to-day because I was not sitting there all day rendering video.

I decided right then and there that I would never buy a Mac Pro again! Not because it was a bad computer or was not as fast as they claimed it would be. It was because it was overkill for my day-to-day work. I sold it and never looked back.

Look at my 2014 post for some shocking benchmarks: “Photographers Don’t Waste Your Money on a Mac Pro”

I could not help but notice how many times during the Mac Studio launch that Apple showed benchmarks where the Mac Studio was faster than the more expensive Intel-based Mac Pro. While that’s a testament to the speed of Apple Silicon, it’s a smack in the face to those that paid $ 6,000 + on a Mac Pro not that long ago.

My personal computer (bought with my own money) is an M1 MacBook Air and it rocks! For what I do it’s fast enough. I can not remember the last time I had to wait for something to process. Everything seems instantaneous.

My work computer (supplied by my employer) is a MacBook Pro M1 Max and it totally rocks! It’s fast enough for all the demands of my work life and that includes working in Photoshop, Lightroom Classic, Premiere Pro, After Effects, and more.

I almost never see a progress bar. How would a Mac Studio make that any better? It would be nice to have and I certainly recommend it for those that have a production job. It’s overkill for what I do. Again that does not mean that I would not spring for one, but it’s certainly not a priority.

If you want a Mac Studio, do you need the M1 Max Ultra?

The last thing I’ll leave you with is that Apple offers the Mac Studio in two significantly different configurations in terms of price. The very capable M1 Max based Studio starts at $ 1,999 which is reasonable for what you get and the speed. The M1 Ultra based Studio starts at $ 3,999. It’s literally double the price. If you’re not a production artist, you probably do not need to have a computer that you sit back and say “yeah it’s faster.” If you have $ 3,999 burning a hole in your pocket, get the M1 Max model, the new Studio Displaykeyboard, and mouse then invest the $ 800 leftover in crypto.

I will likely get the New Studio Display and connect it to my MacBook Pro. I love that a single Thunderbolt 4 cable drives the display and also powers the MacBook Pro.