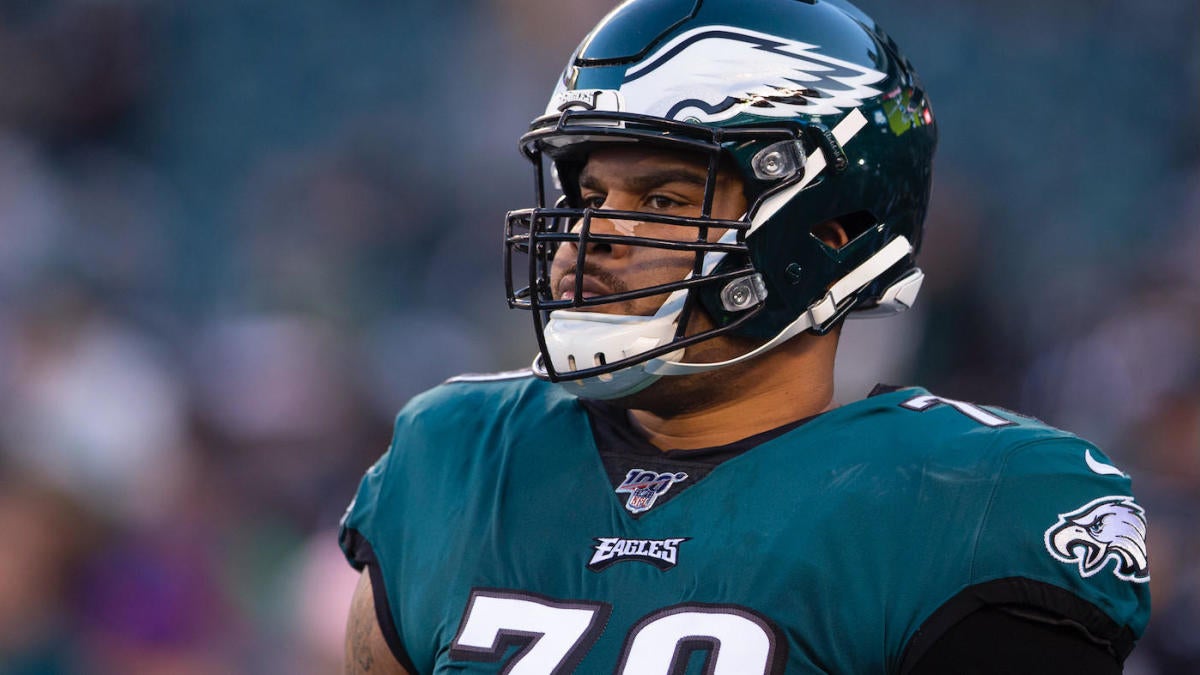 Philadelphia Eagles star offensive lineman Brandon Brooks has announced his retirement from the NFL. The 32-year-old stated in a press conference Wednesday morning that he has reached the end of the road of his playing career, which lasted a decade during which he made three Pro Bowls and helped Philly win Super Bowl LII.

“How do you say goodbye to something you’ve known your whole life?” Brooks said in his opening statement. “Yes, after 10 years in this game, it’s true. I am retiring.”

Injuries started to take their toll on Brooks over the past two seasons, as he was only able to appear in two games. In June of 2020, Brooks tore his Achilles and was forced to miss that entire season. Then, he suffered a pectoral strain in Week 2 of this past season and was placed on injured reserve in late September.

“I attacked my rehab with the intensity and passion that I always do,” Brooks continued. “But making it back this season just wasn’t in the cards. It did not end the way I would have liked it, but, to me, it’s never about the ending it’s about the journey.”

Brooks, a third-round pick of the Houston Texans in 2012 out of Miami (OH), has been with the Eagles dating back to the spring of 2016 when he signed a five-year, $ 40 million contract with the club. Over that stretch, he became one of the best linemen in the NFL and was a key piece to one of the better offensive lines in the league alongside teammates Lane Johnson, Jason Peters and Jason Kelce.

In 2017, he was named to his first Pro Bowl, but could not play in the game due to Philadelphia being in Super Bowl LII, a game that Brooks would start and help his Eagles beat the New England Patriots for the franchise’s first-ever Super Bowl title.

“I was extremely fortunate to help bring a championship to the city, had multiple Pro Bowl appearances, but nothing greater than having the honor of being an Eagle and putting that midnight green on and playing in front of some of the greatest fans in the world , “said Brooks. “I could not imagine finishing my career anywhere else.”

According to NFL Media’s Mike Garafolo, Brooks recently signed a new contract with the Eagles that reduced his 2022 cap number from 19.4 million to $ 7.1 million, which was an indication that Brooks was set to walk away. By doing so, he gives the team some financial flexibility in his absence. Per Over the Cap, the Eagles could carry that $ 7.1 million over to the spring and then officially retire Brooks on June 2. That would drop his charge to roughly $ 6 million and defer $ 9.8 million in dead money to 2023.

Marcus Rashford has opened up on a tough start to life under Erik ten Hag at Manchester United.Rashford has endured a difficult time...
Read more
NBA

Sean O'Malley was part of an anti-climatic fight to open the main card of UFC 276 last night. The top-15...
Read more
Load more