Fantasy Grit and Grind | Not Your Average Hockey Blog. 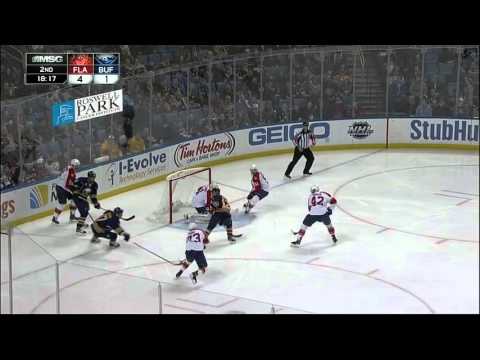 It’s almost fantasy season, and fantasy players are going to be scouring the internet for sleeper picks and late round gems. After fifteen rounds in a fourteen team league, most users are going to be grasping at straws. Final picks are either going to be boom or bust picks, or low ceiling players. All of the major sites will have these boom or bust guys but not low ceiling players. Low ceiling players can be safe picks that can provide stability and opportunities for your team to get that extra little push. With this post, we’re looking for overlooked players that can provide the “Grit ‘n Grind” for your championship team. Without further to do, here’s our list!

Alex Petrovic
We start with one of my favorite defenders. I’m a little old school, I still believe in having the rough and tumble defensive defensman. Petrovic fits in the role. His career high is 17 points, and he’s not as durable as other players on the list, but he fits in well with the list. He gets hits, blocks and PIMs (wholly underrated in fantasy drafts), He has been sheltered quite a bit last year, with 60% of his starts being in the offensive zone. The high offensive starts correlate with the improvement in relative Corsi percentage. I do not expect his offensive zone starts to continue being that high, but that may be beneficial for his hits and blocks.

Milan Lucic
I can already hear the boos from here. NHL.com has him ranked 247 in their Top 250 fantasy rankings.Give me one second, though and hear me out. He is relatively durable, and has played an average of 74 games a season since 2007. The 74 game average takes into account the 48 game 2012-2013 lockout shortened season. Once that season is removed from the equation, his career average rounds up to almost 77 games a season. There’s no reason to believe he can not be near those averages again. Statistically, he has not been as terrible as many people believe. He dropped off a cliff to 34 points last season, but I believe its more of a one year drop more than a long term worry. It’s natural to expect some sort of regression to begin with his age 30 season, especially with the way he plays, but I do not believe he will regress further this year. Last year, his shooting percentage dropped to 6.8%. It seems that every four years, his shooting percentage takes a drop to under 10%. I’m not saying that he phones it in every fourth year on schedule, but he has experienced a drop in shooting percentage before and has recovered from it. I do expect his shooting percentage to increase. His dip in production this year could also be partly blamed to luck. His PDO had been one of the lowest in his career at 98.4. There’s not much Lucic can do but wait it out. He is still a tank on the physical front, with above average years in hits and blocks, and is still able to generate quite a few penalty minutes. I do not expect his physicality to change, but I do expect his points total to increase this year. A lot of the criticism of Lucic has to do with his bloated and inflated contract at $ 6M per year, but this is fantasy hockey we’re talking about. His contract does not matter here. He’s a solid pick.

Radko Gudas
I’m not going to lie, I originally had Jake Dotchin but after his weird termination, I can not in my right mind add him to the list now. Radko Gudas is still part of the Grit’n Grind list. Gudas does not need to be introduced. He’s infamous for his hard hitting defense, and the “Grit ‘n Grind” that makes you special part of this list. 123 hits, 170 blocks, 83 penalty minutes, screams Grit’n Grind. He’s not much of an offensive force, with his career high in points being 23. In 2017-2018, his goal total is a meager 2 goals. However, at the same time, his shooting percentage was 1.4%. If you take away his 2017 season, his career shooting percentage is a much more respectable 3.8%. Critics would argue his offensive abilities are so bad that if he scored even one more goal, his shooting percentage rises to 2.1% for 2017-2018. However you look even deeper, his advanced stats are still relatively solid; 51.8% Corsi For, 52.9% Fenwick For, 98.0 PDO. All positive numbers. Gudas is relatively protected for his game. Last year, he had 53.2% starts in the defensive zone. Let’s address the elephant in the room. He’s not the cleanest player. He’s been suspended quite a few times, and he likes to walk the line. There’s nothing fantasy owners can do, but he’s a strong depth piece for the last few spots.

Are there anyone we missed? Let us know below!