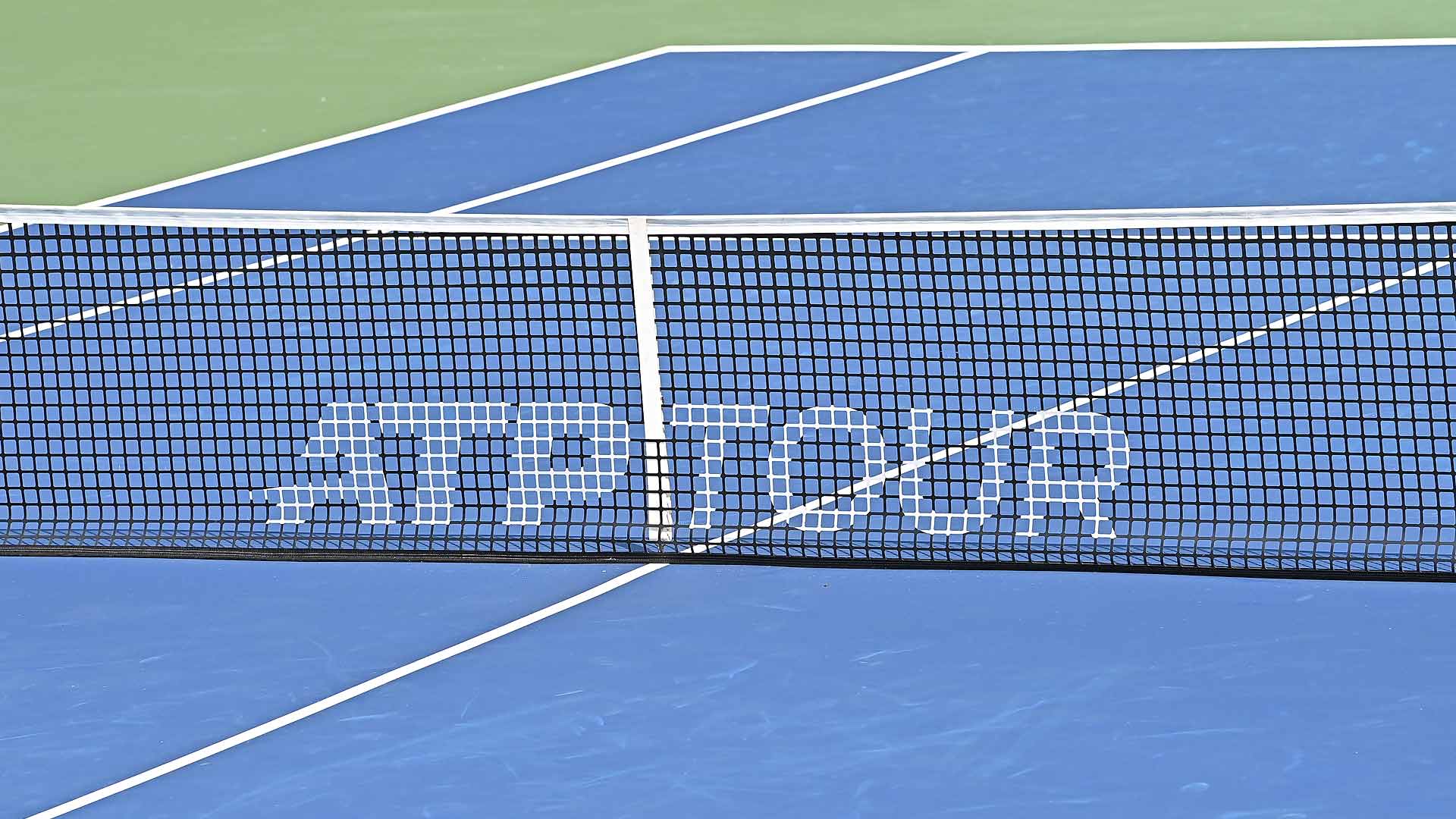 What are the main factors behind this decision?
Protecting the integrity of our sport was the primary factor. Our sport is built upon merit-based tournament entry and a level playing field for all players, free from discrimination. It was also important to avoid setting a precedent of unilateral decision-making by events. Our Tour can only operate and thrive as a viable sport under shared principles of governance.

How can you take points from Wimbledon and not the ATP events?
Wimbledon stands alone in its position in the calendar, with no concurrent events running alongside it. Compromising the fairness of player entries therefore compromises the fairness of the entire rankings system. It is also a reality that as one of the biggest events in our sport, Wimbledon will continue to operate and attract players with or without ranking points.

Removing ranking points at ATP Tour events brings a significant risk of these events not running at all. This would have damaging consequences for many players and fans, through the loss of valuable playing and earning opportunities. In addition, there are alternative ATP Tour events open to Russian and Belarusian players in those weeks. This reduces the impact on fairness in the rankings.

Was there no other solution? Why did not you opt to just give ranking protection to the excluded players?
As the governing body of the sport, our duty is to maintain the integrity of our Tour and the ranking system that upholds it. Removing rankings points at Wimbledon is a decision made purely on the basis of maintaining a level playing field for our players across the season. Providing ranking protection to the Russian and Belarusian players would not have done so in an adequate manner.

You have said the players were more amenable to the alternative option under the informal guidance from UK government, under which they would be required to sign a declaration. Is that not dangerous?
Among other requirements, the alternative option required players to declare they would not ‘express support for the invasion of Ukraine, the Russian or Belarusian regimes, or their leadership’. It’s important to clarify that there was no requirement to denounce the Russian regime – a risk that’s unrealistic to expect any player to take.

The informal guidance specifically states: “The Government is not seeking a statement that is critical of the Russian regime, to avoid the potential for any undue personal risk being incurred by the sportspeople involved.”

Our discussions with Russian and Belarusian players made it clear that this alternative option would have been preferred. We understand LTA and Wimbledon had concerns about this course of action, however, we also note this option is currently being offered to Player Support Team members from Russia or Belarus.

We would also like to highlight Point 1 of the guidance, which states: “With regard to the participation of individuals in sporting events, the Government’s aim is to minimize the ability of Russian and Belarussian individuals to be seen to represent their nation – and therefore deliver reputational and other benefits by association – without unduly penalizing those who truly intend to participate in an entirely neutral capacity.“

The bottom line is there were various options on the table, and a joint decision should have been reached together. Instead, the decision was made in isolation.

How does this leave the relationship between ATP and these tournaments?
It’s important to stress that the LTA have been an exemplary member of the Tour for many years, and we’ve had a strong relationship with Wimbledon for many years. We take no joy in today’s decision. We understand the difficult decisions they faced in responding to UK government guidance. That said, in our role as governing body we must consider the wider implications on fairness for the whole Tour. Our decision was taken to prevent a damaging and unsustainable precedent being set, not to punish these events for their response to this devastating crisis.

Is it not fair on the players that compete and do well at Wimbledon?
Our decision is based around the need to maintain rankings fairness across the player group as a whole. To maintain fairness, some sacrifices and compromises are unfortunately required.

How much involvement did the players have in this decision to remove points from Wimbledon?
We’ve had extensive consultation with the Player Council, which represents the interests of the wider player group, as well as Russian and Belarusian players. In general, our conversations have stressed that this is a time to put self-interest to one side and to understand the broader picture for tennis.

Of course, we know that not all players will agree with the position we’ve taken. Our ongoing dialogue with Ukrainian players over the last months has made their position on the matter clear, for example. Our hope is that they can understand these rules are in place to protect the integrity of competition, which is fundamental to tennis.

What does this say about collaboration across the T7 and how can unilateral decision making like this be avoided in the future?
This matter highlights the need for a unified governance structure across tennis. We have and will continue to strongly advocate for this in our discussions across the sport, which we believe will serve as a net positive for all.

What happens if other tournaments or countries end up banning Russian / Belarusian players later in the season? Will you take the same stance?
Each situation will need to be assessed on a case-by-case basis. There are many factors that go into determining the most appropriate response. On principle, we can not accept unilateral decision making or discrimination by individual tournaments as this would set a damaging precedent for the wider Tour. We also note that to date, the UK summer events are the only tournaments to take such a position.

Circumstances certainly change if bans are mandated by local governments. As with the response to the COVID-19 pandemic, any government rules would supersede ATP Tour rules. Our response in such instances would also need to be assessed on a case-by-case basis.

What is ATP’s position on the Russian invasion of Ukraine?
We are unequivocal in condemning Russia’s unprovoked, abhorrent and senseless invasion of Ukraine. We are also resolute in our support of the Ukrainian people. Through Tennis Plays for Peace and direct financial assistance for many affected players, we hope to support the people of Ukraine through this tragic time.

What is the expected sanction for the LTA?
Any sanction issued to LTA will be assessed in accordance with the measures available under ATP governance. This can include financial penalties as well as an assessment of membership status via a hearing. In the event of a financial penalty, funds would be donated to the humanitarian efforts in Ukraine.

Explain why maintaining the integrity of the Rankings system is so important to ATP and the wider player group?
The rankings underpin the entire season together and ensure its fairness. Maintaining ranking points at a tournament like Wimbledon, which carries the highest level of ranking points, when the event is not open to all players, would have major knock-on effects. It would lead to a significant distortion in determining which players can enter tournaments, seedings, qualification for the year-end Finals, year-end Bonus Pool, and year-end Ranking positions. This would undermine the credibility and integrity of our sport.

Do the Russian and Belarusian players support the move you have made?
This decision has not been made at the request of Russian or Belarusian players. There is no self-interest behind this decision. Instead, we are taking a wider collective view – protecting the rights of the player group as a whole, no matter their nationality or place of birth, across our Tour.

Wimbledon has said they are concerned with their tournament being used as propaganda by the Russian regime. Do you not understand their concerns?
Sport undoubtedly has outsized influence in world affairs, and it’s true that the successes of athletes have been lauded by the Russian regime. However, we can not be certain that the decision to ban athletes is itself without negative consequences on this front. In fact, Russian exclusion by the rest of the world is consistently used as a proof point by the Russian propaganda machine in building nationalistic sentiment, justifying and rallying support domestically for the war in Ukraine.

Instead, we believe in the unifying power of sport, a view shared by many of our players. Many of the players affected by this decision in fact expressed a strong desire to use Wimbledon‘s platform to promote solidarity and peace.

More broadly, we do not believe that individuals should be penalized on the basis of collective guilt due to the reprehensible actions of an autocratic government. This was a shared position across our sport when the decision was made in March 2022 to allow players from Russia and Belarus to continue to compete on the Tour as neutral athletes.

In addition, having individual tournaments make determinations about which conflicts or world events are deserving of action, and which are not, is deeply subjective and impossible to apply with consistency across our global Tour. This threatens to fracture our Tour and sow deep divisions. Instead, these judgments should be made as a collective under shared governance.