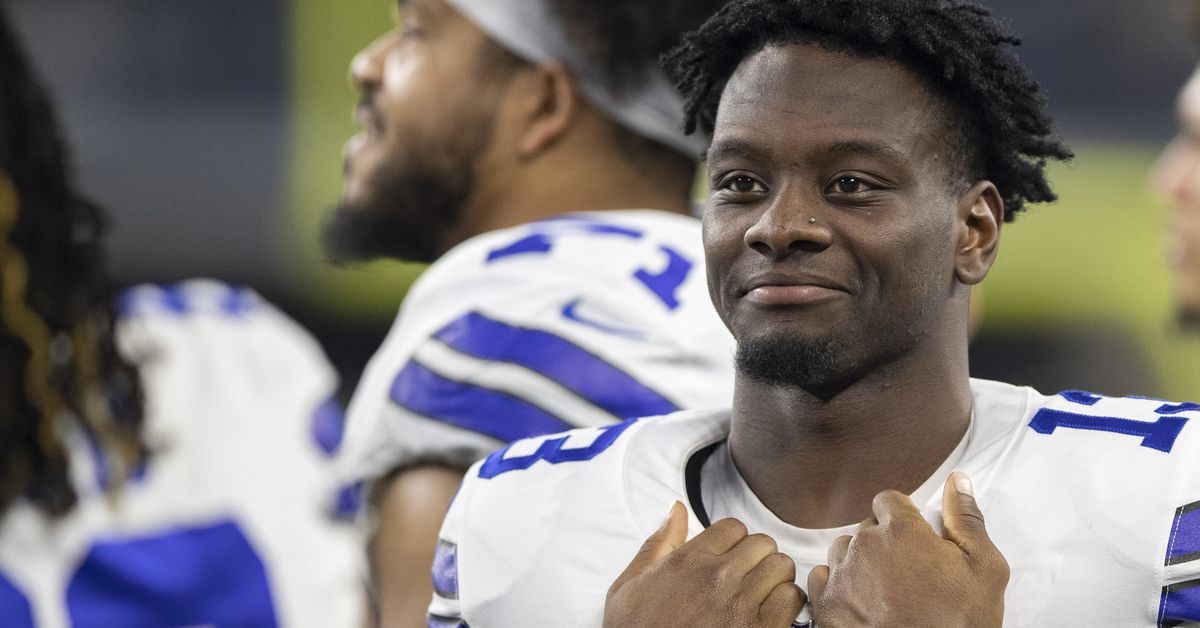 Odds are that you are highly aware of how allergic the Dallas Cowboys are to spending money in free agency, despite the urging of some to get on the dance floor. When the gates open on free agency every year the Cowboys are behaving in their typical wallflower way. They prefer to sort through the bargain bin and sign players who they believe could be great values. For what it’s worth, there are some success stories in this department from last year’s crew like Jayron Kearse and Carlos Watkins, but relying on that is not exactly a sound line of logic.

Part of the reason that Dallas prefers to hang out while everybody else gets busy is because they do not like to negatively influence the league’s super-secret compensatory formula. The Cowboys are not averse to seeing their big-name free agents sign deals elsewhere so that they can recoup draft picks in the future.

If things go a certain way, there could be a few compensatory picks headed the team’s way in 2023.

In order for a team to earn compensatory picks they would have to see a departing player earn a big deal elsewhere, play a significant amount, and a few other factors that the league chooses to keep close to the vest.

We have seen the Cowboys earn comp picks recently after players like Robert Quinn and Byron Jones left for bigger paydays. Considering there are some notable players on expiring deals in Dallas and that they will likely not keep them all, they could be in line for some extra selections in 2023.

PFF recently did a free agency prediction piece and had all four of Randy Gregory, Dalton Schultz, Michael Gallup, and Connor Williams (who PFF is higher on than most) going elsewhere next month. Here is what they had to say.

Gregory was inconsistent in 2021 but flashed elite upside. One such stretch saw him record a 90-plus PFF pass-rushing grade in three straight games (versus the Giants, Patriots and Vikings). His play was crucial to the Cowboys’ defensive success, especially after Demarcus Lawrence went out in Week 1.

The Colts recently hired Gus Bradley as their defensive coordinator, and his philosophy is simple: rush four and play Cover 3, which only works an effective pass rush. Kwity Paye appears to be an effective pass-rusher, but adding Gregory opposite of him would enable Bradley’s scheme to flourish.

Schultz had a huge year for the Cowboys and was a reliable weapon in the passing game, especially when Amari Cooper and Gallup missed time. Schultz had the third-best wins above replacement (WAR) at the TE position and the seventh-highest receiving grade amongst TEs (77.0). Going to the Jaguars would be a huge help for Trevor Lawrence, as it would provide him with a reliable safety blanket over the middle, which he lacked in his rookie year.

Gallup joins Godwin and Beckham Jr. as receivers who tore their ACL entering free agency, and it’s tough to really evaluate how teams will view him. The Lions make the most sense for Gallup because he can be their WR1 when he returns, but since they most likely will not be competitive in 2022, he will not be pressured to produce like an alpha receiver right away.

Williams has improved each year he played for the Cowboys. In 2021, Williams recorded a 75.2 PFF grade – his highest since entering the league – and only allowed 22 pressures, which is a career-low. The Cardinals need help at guard, and Williams can stabilize a unit that looked shaky to end the year, especially with the type of interior rushers in the NFC West.

It’s difficult to correctly predict the landing spots for any player right now, but it certainly is not out of the question that all four of these players would be in non-Dallas spots coming mid-March.

Losing these contributors would impact the Cowboys negatively, and that would be exacerbated if the team protected their future compensatory picks by not dabbling all too much in this free agency cycle. But what exactly could Dallas be looking to net in return for Gregory, Schultz, Gallup, and / or Williams?

Nick Korte is one of the more reliable people when it comes to predicting compensatory picks and decided to use these specific free agency projections to list out what yield there could be. It turns out that Dallas would get a fourth-round pick for each of Gregory, Schultz, and Gallup. Sorry Connor.

The Cowboys originally selected Schultz in the fourth round, but took Gregory in the second and Gallup in the third, respectively. It is not fair to look at that and say it would be an improper return on investment, but obviously it is what it is.

While we are talking about things that are what they are, you might notice that Stephon Gilmore’s contract (which again is subject to change as these are all predictions) would not be the Carolina Panthers a fifth-round compensatory pick. You will recall that a lot of people thought about trading Michael Gallup for him last offseason. Perhaps you can take some solace in Gallup potentially netting a higher return as far as comp picks are concerned.

Whether or not three fourth-round picks are worth watching these players walk away remains to be seen, but if history is any indicator the Cowboys are likely preparing for that reality.