Home Sports Get well soon: Another AEW star out of action with an injury
SportsWWE

Get well soon: Another AEW star out of action with an injury 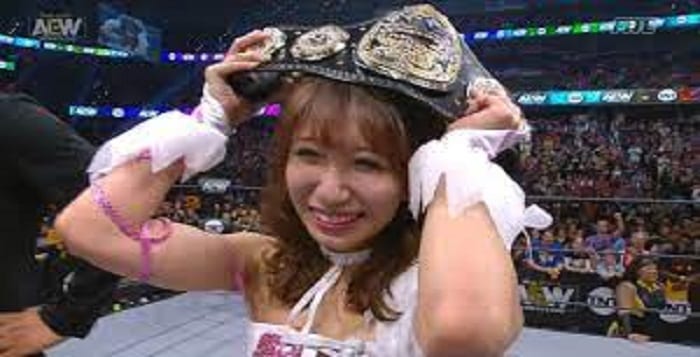 It might be a little. Injuries can happen to anyone at any time and it’s never a good thing to see. At the end of the day, no matter how much someone practices or plans what they are going to do in the ring, there is always the chance that someone might get hurt. Now that seems to be the case again, and now it may take a while before you see a fairly decorated wrestler again.

Former AEW women’s champion Riho has sent out a tweet saying she’s resting a bit. The tweet also contains a photo of Riho, whose arm is in a pendulum. Riho’s most recent match took place on January 8 at AEW Battle of the Belts. There is no word on how long she will be out of action or what is wrong with her. Riho has not been announced for any other matches in the near future.

Opinion: It’s never good to hear and hopefully Riho is back in the ring sooner rather than later. Riho was one of the stronger printed stars in the AEW women’s division and it would be a shame to have her out of action for a very long time. The women’s section has quite the level of depth, and it would be nice to have her back sooner rather than later, especially after she’s been in a big place so recently.

What do you think of Riho? Will she be Women’s Champion again? Let us know in the comments below.

Thomas Hall has been a wrestling fan for over thirty years and has seen more than 60,000 wrestling matches. He has also been a wrestling reviewer since 2009 with over 6,000 complete performances covered. You can find his work at kbwrestlingreviews.comor go watch his- Amazon author page with 30 wrestling books

Keep up with the LATEST Wrestling RUMORS! Click here to sign up for the exclusive Wrestling Rumors daily newsletterdelivered directly to your inbox.

As companies increasingly involve AI in their hiring processes, advocates, lawyers, and researchers have continued to sound the alarm. Algorithms have been...
Read more
Load more