Home Sports NBA Giants Bounce Back Up to Second
SportsNBA

Giants Bounce Back Up to Second 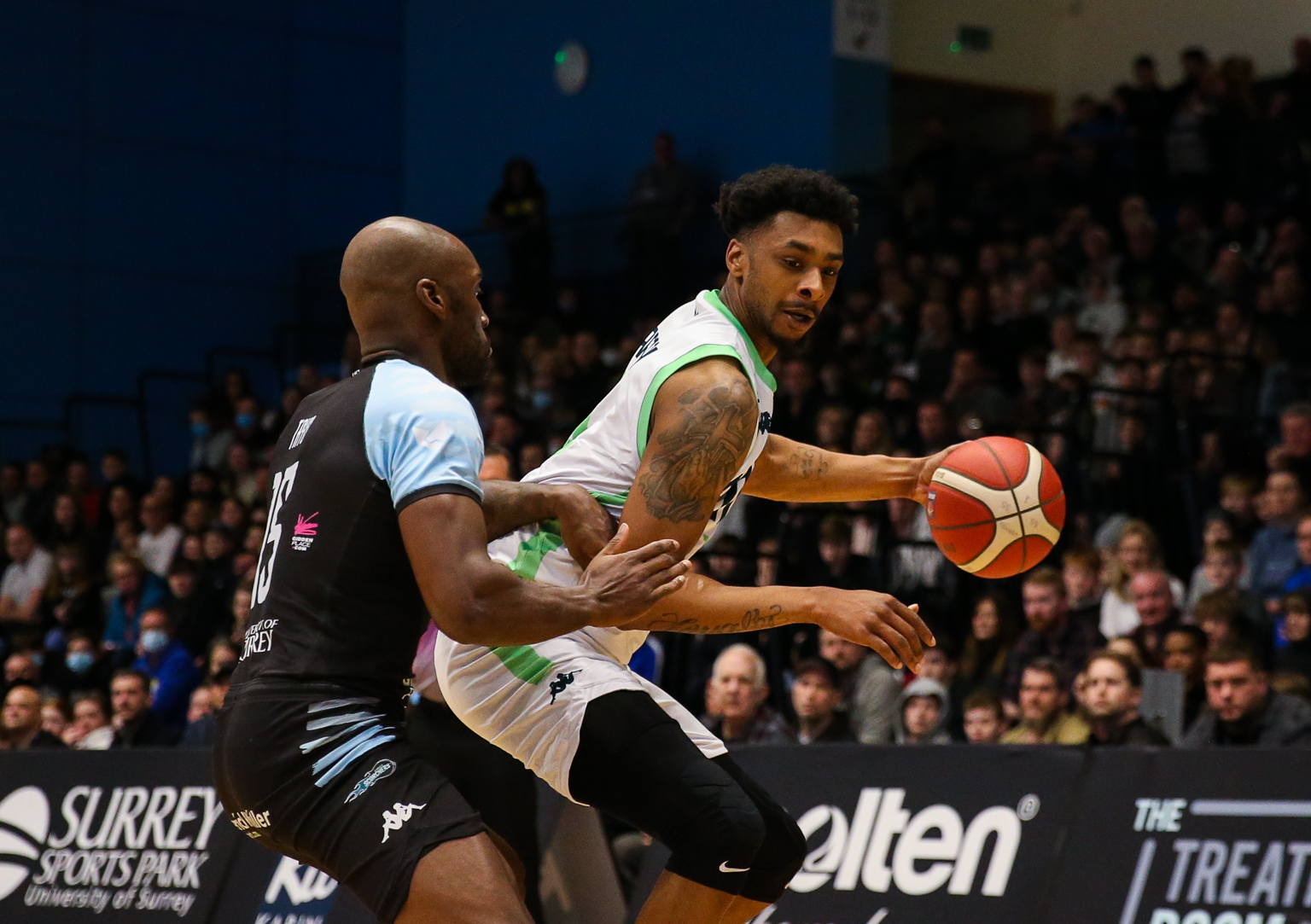 Manchester Giants bounced back from last week’s BBL Cup Final defeat with a first win in four games, 81-74 on the road at Surrey Scorchers, to go back up to second in the BBL Championship table ahead of B. Braun Sheffield Sharks.

They had to overcome a fast start from the hosts, as Jules Dang Akodo scored six early points and Ryan Ganniclefft hit a three-pointer, before Scorchers took a double-digit lead at 24-14 when Tayo Ogedengbe came from the bench to score eight early points.

Giants made their move in the second stanza, when they emerged from a Lloyd Gardner timeout to hit 14 straight points and snatch the lead at 38-33 as Geno Artison scored 10 in that run among 17 in the first half, giving them the lead with an ‘and-one’ play.

And Giants never trailed thereafter despite the hosts getting back to within one point soon after the break at 54-53. But Jordan Whelan responded immediately with the next seven points on his own, sparking another surge of 14-2 to give the Giants their first double-digit lead at 68-55.

They kept Scorchers at arm’s length from there after Will Saunders opened the fourth with three consecutive scores, Artison finishing the game with a double-double of 19 points and 10 rebounds, as Josh Steel added 15 against his former club.

Giants move to 8-5, while Scorchers remain bottom of the BBL Championship with a 1-9 record and five straight defeats since New Year’s Day.