Hakim Ziyech – Will he ever fit into Thomas Tuchel’s tactical plan? 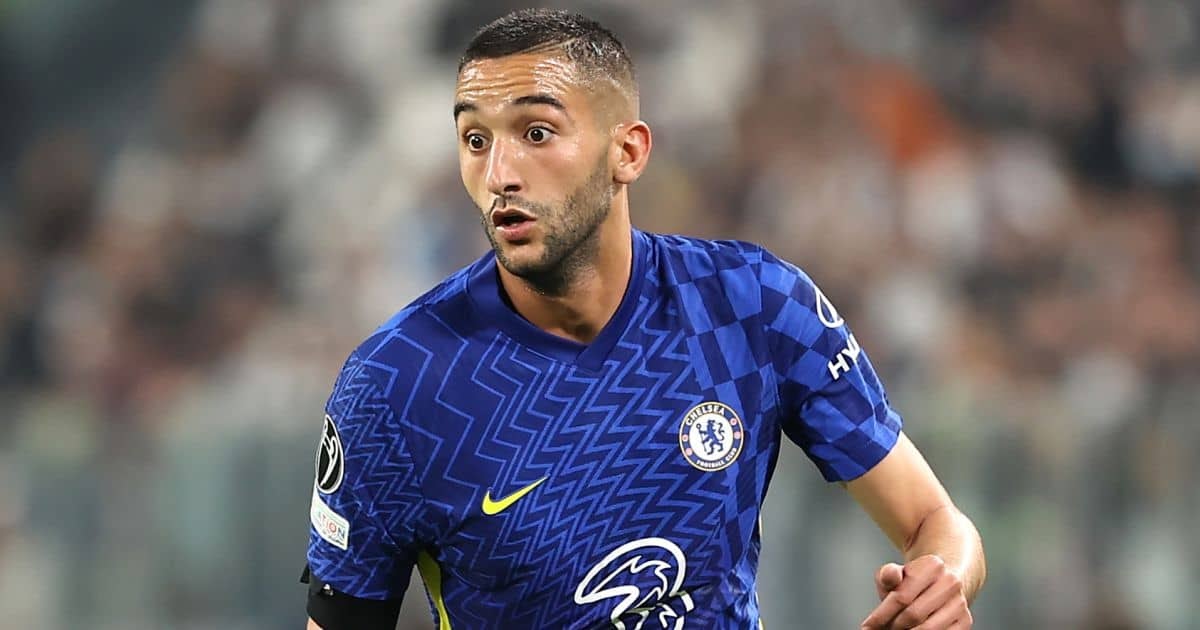 The arrival of Hakim Ziyech at Chelsea was exciting for all of us, having witnessed first-hand the season before what he was capable of for …

The arrival of Hakim Ziyech at Chelsea was exciting for all of us, having witnessed first-hand the season before what he was capable of for Ajax. Eighteen months later, it’s safe to say that we have not seen anything like the same player at Chelsea so far and you must wonder if he will ever fit into Thomas Tuchel’s plans.

For me, Hakim Ziyech is someone who likes to receive the ball in a wide area, on the half-turn with space to work inside. He has incredible ability to spot an opening early and with his magical left-foot, given the space to do so, to then deliver a cross or slide-rule pass on a sixpence to create a goalscoring opportunity.

The problem he has had here at Chelsea is that he picked up an injury during pre-season last year and took time to get himself fit, missing out on the opportunity to settle into the Frank Lampard style. Then, before he knew it, Thomas Tuchel came in and changed our tactical shape.

The problem for Ziyech is that Tuchel’s tactical plan predominantly includes two number ten’s playing in behind a striker. Both have the freedom to roam on their side of the pitch, but their starting positions seem to be narrow to work outside, rather than the other way around. Looking at the options we have available within the squad, you would be better off checking out https://www.gamblingsitesreview.com/ rather than work out where Ziyech would fit.

We have seen Hakim Ziyech play in the number ten role several times and it’s safe to say that you could probably count on one hand the number of games where he has made his mark on the game. I believe that he struggling to adapt to the role.

As I said earlier, Ziyech prefers to collect the ball on the half-turn so he can see his direct opponent’s position as he collects a pass to him. This allows him to create space or to anticipate a challenge so he can position himself to ride the challenge or step away from it. As a number ten, often you collect the ball with your back to goal with someone closing you down. You can not see their position, and this is a big disadvantage for Ziyech.

If ever a decision is made by Thomas Tuchel to revert to a formation with three upfront utilizing natural wingers, Hakim Ziyech would be perfect for the role, and without a doubt, we would see him have much more of an impact at Chelsea and the Premier League.

As a number ten, he will continue to struggle.

Russell Street Report staff react to the Baltimore Ravens' 2022 schedule, which was released on Thursday evening, and is as follows: Introducing our 2022...
Read more
Load more