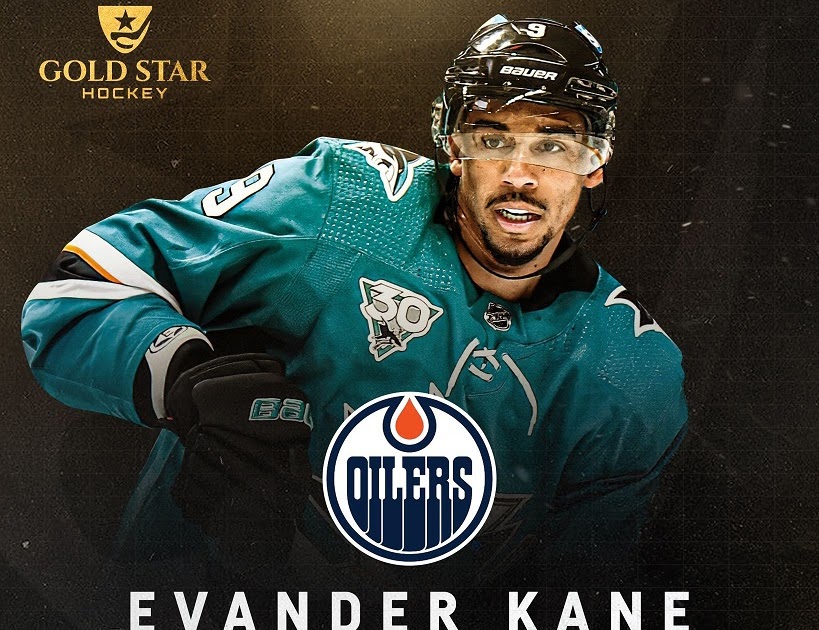 I’m pretty certain that he’s not a member of the feline species, but Evander Kane seemingly has nine lives after the Edmonton Oilers announced today that the mercurial forward had signed a deal with the Alberta squad for the remainder of the season. From what was indicated, the NHL’s investigation into Kane flying into Canada while being having COVID-19 has concluded, and the winger will be able to don the blue-and-orange as early as Saturday when the Oilers visit the Bell Center in Montreal to battle the Canadians. Seeing Kane find yet another chance in the NHL just makes me shake my head as accountability and responsibility apparently means nothing to Ken Holland.

Kane’s status in terms of the travel problems he created was cleared up earlier in the day. As for ESPNthe NHL stated that “the investigation was conducted by Patterson Belknap Webb & Tyler LLP. The report it generated said there was insufficient evidence to ‘conclusively find that Mr. Kane knowingly made misrepresentations regarding his COVID-19 status or test results in connection with his international travel. ‘”

Kane, who had been flirting with a few teams, immediately agreed to the deal with the Oilers upon being told there would be no further punishment, and Kane was aboard a plane to Edmonton to sign off on the contract. Hockey fans, pundits, and people within the game rolled their eyes at the announcement, wrinkled their noses at the Oilers, and heaved a collective sigh of “WHY?”

What may have surprised people the most about the signing was not that Kane inked a deal with Edmonton nor that Edmonton was willing to bring him in after his many documented issues. Instead, it was the full no-movement clause that was granted to Kane by the Oilers as it now guarantees Kane will be with the Oilers regardless of what happens until the final horn sounds on the Oilers’ season. Kane can not be waived or traded for any reason without his consent, so whatever happens over the next few months is on the heads of Bob Nicholson and Ken Holland.

Two weeks ago, Ken Holland told reporters that he believes in second chances, and now Evander Kane’s second-second-second-second chance will be played out in Edmonton. When it comes to a leopard changing its spots, here are three statements by Kane regarding moves to new teams. Which one came from his press conference in Edmonton?

1. “This is a great opportunity. Excitement probably does not do it enough justice to how I feel. I’m looking forward to having the opportunity to possibly play in the playoffs and add as much as I can to that group and help get us in there and hopefully go on a long run. “

2. “I do not know if there’s a winger in the League that would say they do not fit well on either one of those guys’ lines. So for me, it would be an easy fit either way and again, that’s part of what makes it so exciting. “

3. “It’s nice to go somewhere where you feel wanted and you feel that they want to put you in a situation to have success.”

If you read all three, they all seem to have Kane saying the right things following his trades to Buffalo, to San Jose, and following the signing in Edmonton. All of the statements above sound like a guy who is excited to join his new team, but we know the fiery rubble he left behind in two of those cities. If the leopard isn’t going to change his spots – and it seems unlikely Kane will – the only solution is to change the variables. In this case, that’s the term of his stay.

With 43 games left and with games in-hand on every team in their division, the Oilers have a chance to climb out of their funk and back into a playoff spot if Kane truly shows up and plays like a dangerous 20-goal scorer, 40 -point player.

That’s the key, though: Kane has 43 games to show any hockey GM who is interested in signing him next season that Kane can play hockey and avoid any major public embarrassments. The full no-movement clause in his contract makes it hard for the Oilers to do anything if Kane does mess up, but 43 games might be just enough time to show people that Kane can still play hockey without all the personal turmoil creeping into the picture .

Perhaps this is the future for the 30 year-old Kane: one-year deals where teams take minimal risk in terms of the off-ice antics in order to maximize returns on the ice. It would seem to be the most prudent way to protect one’s investment if there’s any worry about off-ice behavior from Kane. Kane and his agent may press for a no-movement clause in order to protect his earnings for that season, but that’s up to each individual GM to weigh.

If you were looking for the answer to the question above, statement # 2 was what Kane said at his press conference with the Oilers. It’s a statement that seems a little self-centered, but Kane has always put his needs and wants before anything else so this should not raise eyebrows. Perhaps if he was focused on playing for this season and the one beyond, he would remain focused on what needs to be done to be successful.

I’m still not pleased that the Oilers signed Kane after all the garbage that went on in San Jose this season. That being said, though, they’ve made their bed and are now lying in it. Let’s just hope that Evander Kane’s presence does not result in Edmonton wetting the bed.