Home Sports NFL If Kyler Murray Does Want To Leave ARI, The Vikings Should Be...
SportsNFL

If Kyler Murray Does Want To Leave ARI, The Vikings Should Be All Ears 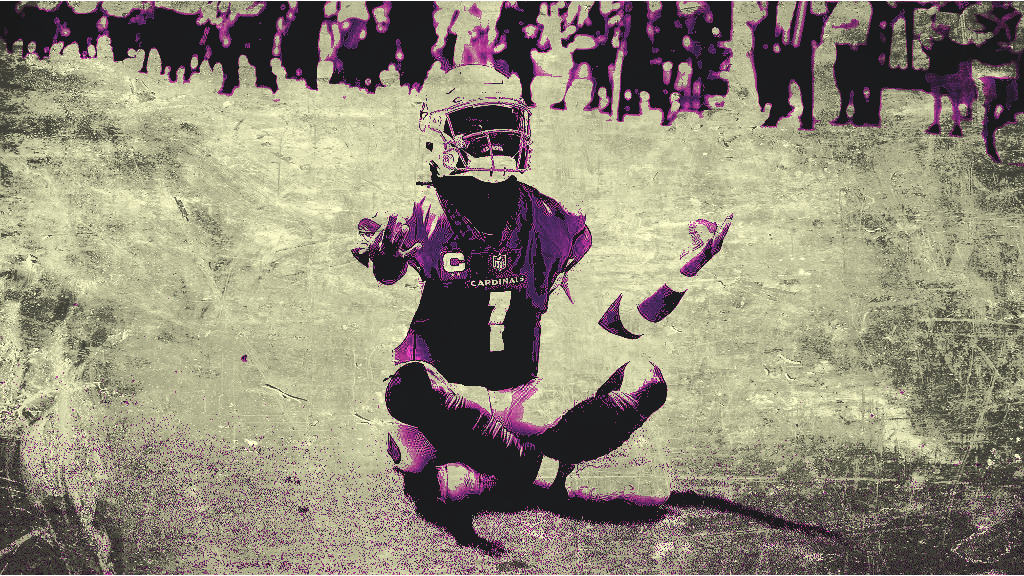 Yet, the Kyler Murray hullabaloo this week is remotely applicable to the Vikings, especially if real trade talk materializes.

For some reason, Murray scrubbed his Instagram account of almost all mentions of the Arizona Cardinals, his current employer. Sometimes athletes do this to rebrand – in other cases, they’re disgruntled and want a trade. It is unclear if Murray wants out of Arizona or if the deletion of all-things-Arizona is a coincidence.

If it’s not a coincidence – adding Murray to the trade-rumor mill with Aaron Rodgers, Deshaun Watson, Russell Wilson, Kirk Cousins, and Matt Ryan – the Vikings should be all ears.

Foremost, the Cardinals experienced ups and downs in 2021. When the season began, they were expected to be a fringe playoff team. After a few weeks, Arizona was the best team in football, even beating the Vikings in shocking fashion. The Cardinals were atop all power rankings – then they plunged. And the plummet was reality when Arizona embarrassingly lost in the playoffs to the Los Angeles Rams. Too, in an objective sense, Murray was horrendous in the game.

That’s a lot of instability and topsy-turvyness for a quarterback desperate to blossom into one of the NFL’s best. His team was decent. Then, it was great. The season ended with a loud whimper. Not good optics for a franchise courting a quarterback to stay.

Also, the Vikings just so happen to employ a quarterback in Kirk Cousins ​​who might be the subject of trade chatter. While a hypothetical deal would not be quarterback-for-quarterback, Minnesota and Arizona could come to the table if both teams seek to trade their signal-callers. It fits.

Minnesota faces a trade-Cousins ​​or extend-Cousins ​​scenario this offseason. His cap hit in 2022 is $ 45 million, a figure grossly inflated because Cousins ​​took a modest sum (for cap hit) in 2020 of $ 21 million. He will not pay in 2022 under a $ 45 million cap hit – that is too much money for Cousins. If general manager Kwesi Adofo-Mensah decides to trade Cousins ​​in favor of a younger quarterback, Murray is young. He’ll be 25 in August – almost a decade younger than Cousins. Do not bother with a rookie maybe if a Murray for-sure is available via trade.

Plus – and this helps, believe it or not – Murray grew up a fan of the Vikings. Here’s proof:

In this regard, the trade would be fate-fulfilling. If he loved the Vikings as a lad, well, bring the man home. Easy peezee.

For the last two seasons, Murray seems like he’s on the cusp of an MVP season. He nibbles around it – the Hail Murray heroics against the Buffalo Bills in 2020 and the first half of the 2022 season – but flounders putting together a 17-game sample size.

Let him try it with the Vikings – if the trade stuff is real at all. Minnesota would have to offer Cousins, probably a couple of 1st-Rounders, and maybe more. But to nail down a young franchise quarterback – albeit an expensive one after 2023 – is worth it.

A footnote to all of this? His 2022 price tag is $ 11 million, a crazy cheap number for a borderline MVP candidate. In 2023, his team can exercise a $ 25 million option before his mammoth 2024 money hits the books.

This could work if Murray genuinely wants out of the desert.

Dustin Baker is a political scientist who graduated from the University of Minnesota in 2007. He hosts a podcast with Bryant McKinnie, which airs every Wednesday with Raun Sawh and Sally from Minneapolis. His Viking fandom dates back to 1996. Listed guilty pleasures: Peanut Butter Ice Cream, ‘The Sopranos,’ and The Doors (the band).

Review by AllTheBestFights.com: 2022-07-06, we are going to comment and rate the kickboxing fight Buakaw Banchamek vs Dmitry Varats as soon as we...
Read more
MLB

Anticipation is the magic word when it comes to the 2022 Denver Broncos. Thanks to the addition of Russell Wilson, it...
Read more
Load more