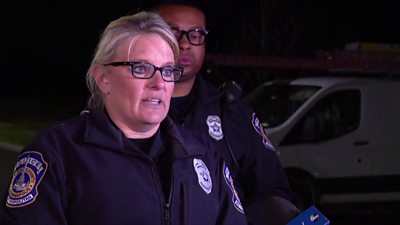 Indianapolis police said “emotions are very high” after the shooting at the FedEx facility last night.

Eight people were killed at the scene, and several others were injured.