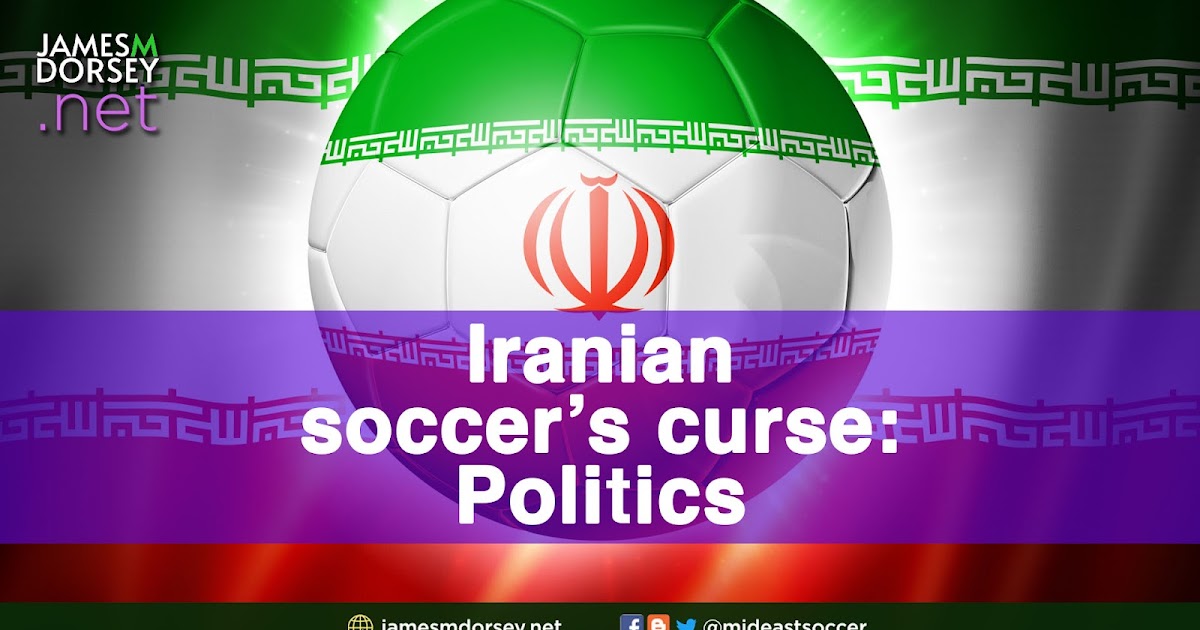 Iran recently scored not one but two soccer successes.

It was not just men celebrating. It was men and women mingling freely in a Tehran square

That was after men and women, albeit segregated, egged on their team in Tehran’s Azadi or Freedom Stadium.

Although banned from attending men’s domestic soccer matches, the presence of women for an international qualifier was evidence that some kinds of pressure on Iran work, at least when the pressure is aligned with popular domestic demands.

That all sounds like good news. But there is bad news too, and that may be more consequential and contain a cautionary note for Iranian sports and sports globally, particularly in lands governed by autocrats and authoritarians.

The AFC penalized the clubs, two of which are owned by the Iranian youth and sports ministry, for failing to meet the group’s managerial and infrastructural standards and its ownership rules.

That is true not just for Persepolis, Esteghlal and Gol Gohar Sirjan. Few, if any, Iranian clubs, many of which are state-owned with representatives of the Islamic Revolutionary Guard Corps (IRGC) occupying board seats, meet the AFC’s criteria.

Inevitably, that would require privatization, a political risk that so far has been one step too far for Iranian leaders.

Too often, soccer in Iran, as elsewhere in the Middle East, a football-crazy part of the world, has been a catalyst for the venting of pent-up anger and frustration.

Stadiums like Tehran’s Azadi (Freedom) Stadium and Tabriz’s Yadegar-e-Imam or Sahand Stadium have at times turned from offering Karl Marx’s proverbial opium to the people into venues of protest.

As a result, soccer, one of the few things that evoke emotions as deep-seated as religion does, is a sport authoritarian leaders feel they have to control.

Credibly maintaining that control is where the rub is. Harsh US sanctions make it difficult for the government to invest in clubs whose debt burden makes them difficult to privatize even if the regime were willing to take the political risk of relinquishing control.

Conservative Iranian Member of Parliament Ahmad Rastineh said as much recently when he insisted that it would be “Impossible” to grant independence to the Football Federation of the Islamic Republic of Iran, the country’s governing soccer body.

Mr. Rastineh was responding to the AFC’s reported demands that Iran start privatizing clubs, lift the ban on women attending domestic soccer matches, and end government interference in the sport.

The AFC demands indicate how dire the situation in Iran is. The AFC, like FIFA’s world soccer body, has long been a de facto pillar of support for Middle Eastern autocracy by acquiescing in political interference across the region.

The AFC’s demands appear to have encouraged critics of government control to come out of the woodwork.

“The whole problem today is the presence of politics in football,” said Dariush Mostafavi, who was chairman of the Iranian football federation in the 1990s. Mr. Mostafavi was speaking on state television.

Mr. Mostafavi’s frustrations appear to be shared by many in soccer as well as more implicitly by the federation’s current leadership.

“If the structure of football improved, then Iran would be in the top 10 in the worldfor sure, “said Afshin Ghotbi, an Iranian-American coach who has worked with Persepolis as well as Iran’s national team.” The current generation of players is the best yet, but they do not have the atmosphere in Iran to develop themselves as much as they could. “

In a remarkable move, the Iranian federation’s secretary-general, Hassan Kamranifar, came out swinging in support of Mehdi Mahdavikia, a former national team captain, who caused a stir for wearing a jersey featuring the flags of all FIFA member countries, including Israel,

during a friendly game in Qatar. Iranian athletes have in the past been sanctioned for refusing to compete against Israelis in international events in violation of globally accepted sports governance rules.

Mr. Mahdavikia “is one of the greats of Iranian football” and “a symbol of pride for the Islamic Republic of Iran,” Mr. Kamranifar said in a statement on the federation’s website.

The expulsion of the Iranian clubs and the politics of Iranian soccer is the sharp edge of what is a global rather than a local problem: the incestuous and inseparable relationship between sports and politics and the insistence of international sports governors on maintaining the fiction that there is a Chinese wall between the two.

The refusal to acknowledge the relationship and establish an oversight regime that would properly govern it serves the purposes of autocratic governments and leaders of international sports associations.

The criticism expressed by the Iranian football association and Mr. Mostafavi fits an emerging trend among some athletes and some club managers to stand up for various rights, including those of LGBT and labor in Qatar, this year’s World Cup hosts.

Seven-time Formula One world champion Lewis Hamilton wore a helmet featuring the colors of the LGBTI Pride Progress Flag during the recent Grand Prix races in Qatar and Saudi Arabia as a challenge to the two Gulf states’ refusal to recognize the rights of sexual minorities.

The union said it would also minimize the number of trips to Qatar by the Danish team that has already qualified for the 2022 World Cup to avoid commercial activities that promote the World Cup hosts’ events.

Pressured by human rights groups and trade unions, Qatar has significantly improved its labor regime since the 2010 awarding by FIFA of its 2022 World Cup hosting rights. However, many argue that Qatar needs to ensure that adopted reforms are properly implemented.

Unlike the issue of LGBT rights that has sparked fierce debate

in the Gulf, the AFC’s demands appear to resonate with Iranians.

Said Iranian sports journalist: Behnam Jafarzadeh: “Most people agree with the AFC’s decision and say they wish they had done this earlier.”

A video version of this story is available at https://youtu.be/awaDps9u_Sc