‘Jaded’ Kofi Kingston was unsure he’d win WWE title until moments before: ‘I was scared to get hurt’ 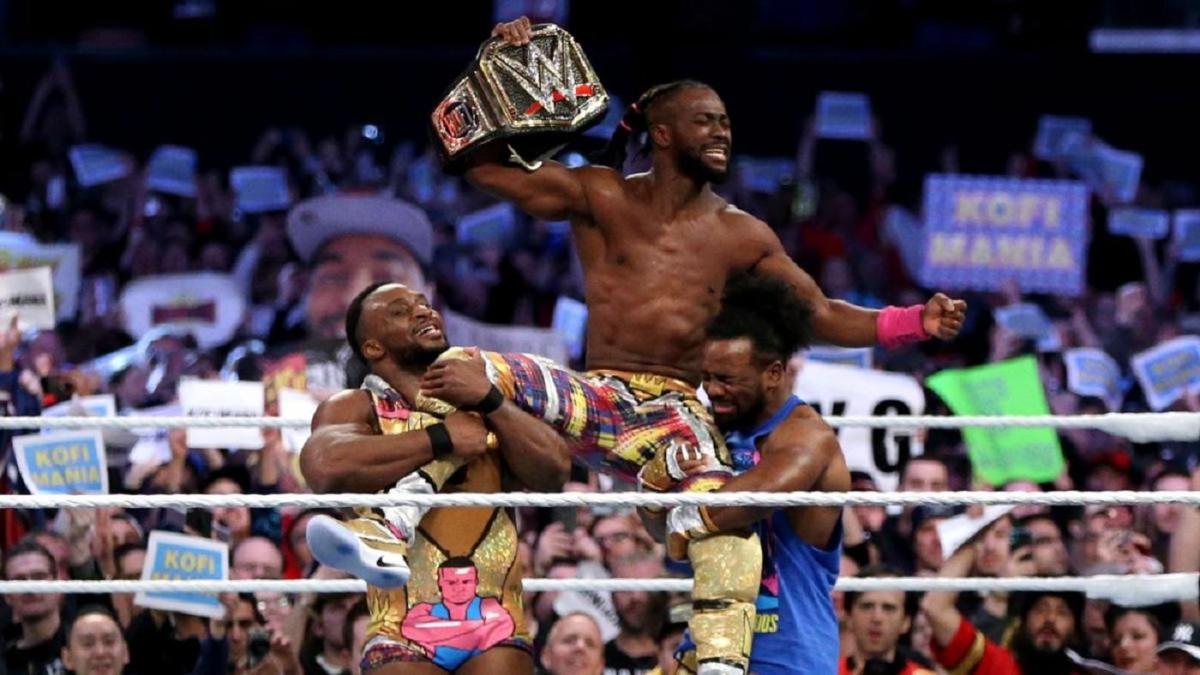 Kofi Kingston defeating Daniel Bryan at WrestleMania 35 is among the most cherished examples of WWE fans willing something into existence. “KofiMania” ran wild in the months leading up to Kingston’s coronation, 11 years after his main roster debut.

In the lead-up to the 2022 Royal Rumble, WWE’s first stop on the Road to WrestleMania, Kingston reflected on the career highlight. Kingston was admittedly jaded by his experiences at the upper levels of the roster, unconvinced his championship crowning was a certainty until moments before his WrestleMania match.

“There’ve been so many times where I’ve been told that something was going to happen. Then I show up at the building and it does not happen for whatever reason. Things are always changing,” Kingston told CBS Sports. “That two-month period was the perfect amount of time to just guide the fervor of the people. You knew that at WrestleMania, it was going to happen or the possibility became stronger. But it really was not until I heard my music or when the promotional package right before the match came on, I was like, ‘Oh my God, this is going to happen.’ I’m looking around making sure no one’s going to come up to me and be like, ‘Oh, well we just changed the plans. Sorry, we’re not going to go with you right now … You know, Brock Lesnar is going to come in in the middle of the match. ‘ You know what I mean? You just have no idea.

“The jaded old man in me, I would not allow myself to really fully emotionally invest in the possibility of actually becoming WWE champion because it was a childhood dream. I think I was scared to be hurt. To get my hopes up and be let down again. It really was not until like moments before walking out that I was like, ‘Oh my God, this is really going to happen. If you watch the entrance, you see me. Woods and E are on my left and my right. I’m just jumping, using their shoulders to push myself up as high as I can because I finally was able to let that energy out. “

Check out the full interview with Kofi Kingston below.

“Being the first African-born WWE champion. I had a lot of people of color who never thought they would see that moment,” Kingston said. “So the fact that it was like on the cusp of actually happening was like, ‘Man, this is really powerful stuff.’ For an entertainment business, what we call entertainment, it has such a real effect on people. To me, that was like the best part of ‘KofiMania’ was being able to give people the payoff that if you work hard enough at something and you work long enough and you just put your whole ass into it, it can happen for you.

“Beyond race, it was a story of struggle. Somebody who did everything that they could do, brought unique skills to the ring and had the potential to be WWE champion, just being shortchanged for year-after-year-after-year-after -year and finally it was going to happen. “

Kingston is not the only member of The New Day to capture the WWE championship. Big E cashed in his Money in the Bank contract in September and defeated Bobby Lashley to kick off his first run with the title. Kingston acknowledged how he, Big E and their teammate Xavier Woods were not given the opportunity to express themselves fully before introducing The New Day.

“Big E’s reign was just magical and beautiful in so many different ways. There are very few people in this industry that can move a crowd the way he does on the mic. He does it in such a different way, just galvanizes people. Gets people on their feet and gets them to believe in themselves, “Kingston said. “That’s really unique.”

“When he debuted, he was Dolph Ziggler’s bodyguard. All of a sudden they told him like, ‘Hey, you gotta go out there and you gotta be stoic. You gotta be big.’ So you see him out there with a serious face on and folding his arms and looking big and intimidating and brooding. Then they had the nerve to tell him, ‘Hey, you know what, you do not have enough personality.’ And it’s like, ‘What? You told him, you said to strip all personality out of your persona and go out there and look big and menacing. That’s what you told him to do. So now you’re saying,’ Well, he does not have any personality. ‘ And now you’re on the verge of pulling him off the main roster because of what you told him to do. So the fact that he was able to take that and make it into what he did. “

Kingston celebrated his New Day brother for manifesting his own success.

“It was just somebody who took the scraps that they were given and they kept on building and building and building and building into the entity that he is now. He just was so deserving of that championship. I think he covered all the bases. He checked off all the boxes with regards to what he brought to the table, “Kingston said. “The way he’s able to move people, his look, his athleticism and his demeanor and his approach to the WWE.

“It was someone who had worked really from nothing. From being nothing in this industry to beating the odds and being something that he wanted to be versus what he was told to be. Now he’s the champ. So that story in and of itself to me was like, “Wow, what a journey … ‘I’m sure he’s going to be championed again at some point in time.”

Are you planning on traveling with kids but aren't sure where to start? We had Sharing the Wander share their...
Read more
Load more