Home Sports Julianna Pena says she was “heartbroken” by Khabib Nurmagomedov's comments about her...
SportsUFC 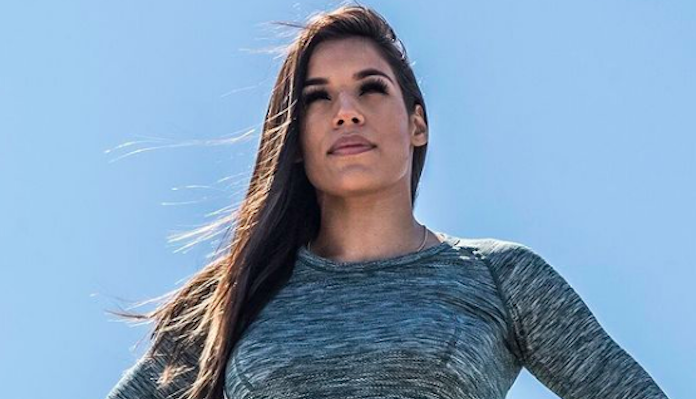 Julianna Pena, 32, (12-4 MMA) is heartbroken by recent comments made by Khabib Nurmagomedov following her UFC 269 win.

Pena defeated Amanda Nunes 33, (21-5 MMA) on December 11, 2021 in Las Vegas to win the UFC women’s bantamweight title. It was said to be one of the biggest upsets in UFC history. Odds were stacked in favor of ‘The Lioness’ but it was not to be, as ‘The Venezuelan Vixen’ won by submission with a rear naked choke in the second round.

At the ‘Eagle FC’ press conference, Khabib, undefeated former UFC lightweight champion, indicated his indifference concerning the match and inferred that the victory was a testament to the inferiority of the WMMA.

“I am like, we can watch what Julianna Peña did with Amanda Nunes [at UFC 269]. But Julianna Peña, she is not like the greatest or something like that. She just beat Amanda Nunes like [on the day]. We can watch not many good [female] fighters all around the world. There are only like five or six of them, ” Khabib said.

Khabib was asked if he was considering adding a womens’ divisions to his Eagle FC promotion in the near future, but while leaving the possibility open, he does not seem to be in any hurry to make it happen.

Pena during a recent appearance on the ‘Joe Rogan Experience‘podcast commented on Khabib’s remarks:

“I saw in a presser that they asked [Khabib] a question and he was just completely downgrading the whole win and everything like that it .it totally broke my heart… ”

“He must be friends with Kayla Harrison or something. I do not know. Because he was like, ‘If this is the top of women’s division, it’s a joke’. I mean, it was not very nice. I did not appreciate it, Khabib. “

Although Pena, in speaking with Joe Rogan, credited Khabib for the way he retired from the UFC in 2021 and has since promoted Eagle FC, she was obviously very hurt by the longest reigning UFC lightweight champions comments.

As far as what’s next for Julianna Pena, she is hoping for an encore presentation with Nunes sometime this year. According to Dana White, while speaking with ESPN, he stated:

This article appeared first on BJPENN.COM

Now that the 2021 season is over, bringing yet another year of disappointment, a fifth consecutive season with no postseason victories, it's time...
Read more
Technology

People used to say that you were either born to be a golfer or you were not. Either you had the innate...
Read more
Load more