Last weekend’s NFL action reminds us why sports are great 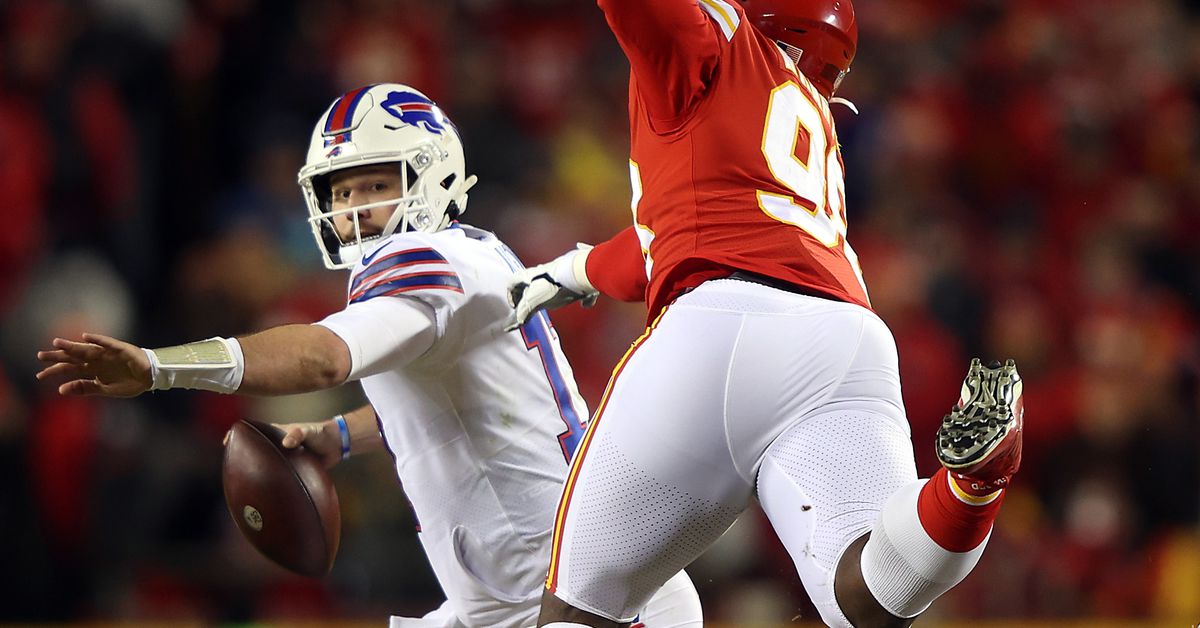 “How was your weekend?”

“I’m watching the end of a tense football game and trying not to have a heart attack.”

That is a snippet from a text conversation I had with a friend as I watched the final minutes of the AFC Divisional Playoff game Sunday night. I do not remember at what point during the wild final two minutes the conversation occurred and it honestly does not even matter. Every football fan who watched that game, especially those with a rooting interest, knows that we all had that feeling from shortly before the two-minute warning until the end of the overtime period. It was wild, it was intense, and it reminded me why I even bother being a sports fan.

Over the course of the weekend was a full display of what can happen when eight teams with competitive rosters all vie for the same goal. All four games were undecided until the final play, culminating in the final game which saw four lead changes in the final two minutes of regulation with a fifth and final lead change occurring in overtime to complete the game. There were seemingly superhuman feats achieved in all four games. Unexpected reversals and upsets occurred in all four games. It was stunning the behold.

On display were amazing moments such as Patrick Mahomes leaping backwards into the air to gain the clearance needed to throw a touchdown pass to – depending on who you ask – his third- or fourth-best receiver, well-covered in the endzone. Another game saw Tom Brady drag his team back from a blowout to almost force overtime. Yet another game saw a team on what it assumed was a game-winning field goal drive suddenly foiled by a tipped pass interception.

My favorite play might have been one that went against my favorite team, though. Josh Allen dropped back and Melvin Ingram threw his blocker to the ground and raced for Allen. Allen somehow evaded him but was suddenly in the sights of Tershawn Wharton. Allen only escaped Wharton because Wharton could not change directions as quickly as Allen after being forced to leap over the blocker Ingram had so thoroughly destroyed (as immortalized in the header photo for this article.) Allen then, after all that racing around in a panic for his life, fired an accurate pass for what he believed would be a game-winning touchdown. The athletic prowess on display by all three men was simply awe-inspiring.

I have been a Royals fan since 1998. The Royals, famously, have achieved the playoffs only twice in the span. Fortunately for us, they played two of the most memorable postseason games of all time in those two appearances. Not to mention, they also made it as far as the World Series both times. Those were similarly memorable periods for a sports fan. Other fanbases get to experience those highs on a more regular basis, but an unacceptable number of fanbases have experienced even less over the same period.

Baseball may not be in any imminent danger of a fatal blow, even if they end up missing some games or delaying the start of the 2022 season because of the ongoing labor dispute. Unfortunately, all signs point to a long-term decline if something isn’t fixed. I’m afraid that while both sides focus on money, the health of the sport is being ignored. That is not to say both sides are equal, you know I do not believe that.

Even as I side with the players, however, they’re not seeking to increase the competitiveness of the league. At least not in any substantial way. And it does not appear the owners are, either. A lot has been made of the fact that, at least for a certain period of time while the Patriots dominated the NFL’s AFC, that baseball actually saw more diversity in its playoff participants. And sure, maybe it took Buffalo, Tennessee, and Kansas City longer to figure out how to compete at the highest level than people would have liked. But now that those teams are competitive, everyone expects them to remain competitive for a considerable length of time. Looking at baseball, on the other hand, we see a lot of teams come up and reach the playoffs for a couple of seasons and then sink back down into obscurity for years upon years.

While talking about the amazing feats and the thrill of competition earlier, I almost forgot that there was another type of sports fan. Those that do not actually care a lick about the players or the teams but only about the outcomes. The gamblers. Baseball may not outright die, but if the ratio of gambling content to competitive play continues to progress at its current pace it could very easily become more akin to boxing or horse racing than the NFL or NBA. A sport primarily viewed as a vehicle for gambling instead of a place to view amazing spectacles of athletic prowess tied to unscripted stories unfolding in front of our very eyes.

If baseball wants to continue to flourish deep into the twenty-first century they’re going to need to figure out how to eliminate the long rebuild (and especially tanking) periods that many teams endure. I’ve written before about how I think they can do just that. Maybe there’s a better solution and maybe there is not. Either way, baseball needs to figure it out. Every fan deserves to be reminded of how amazing sports can be when they’ve played by two competitive teams consisting of some of the very best athletes in the entire world.