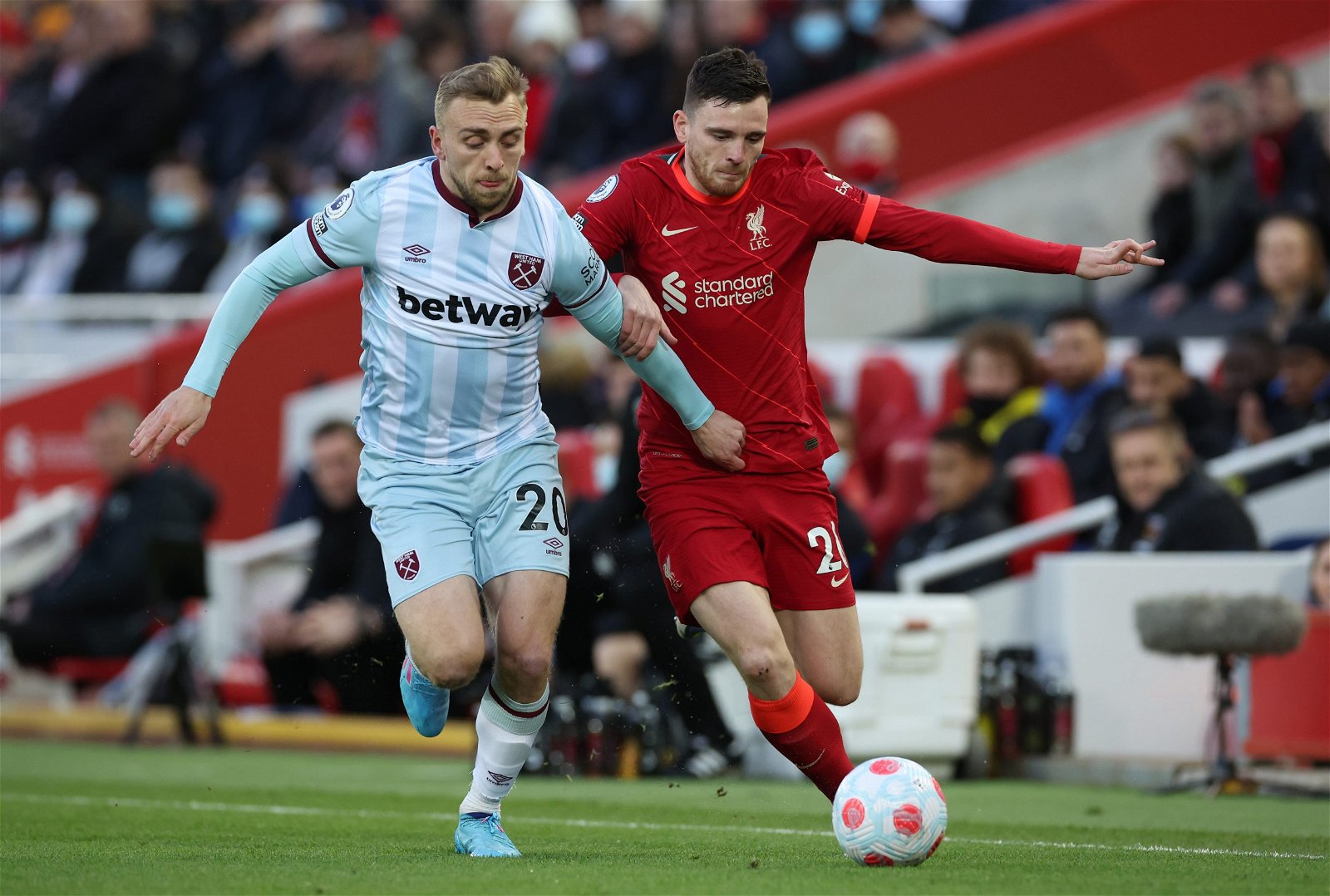 Liverpool are long-time admirers of West Ham’s Jarrod Bowen, but could face stiff competition for his signature, according to talkSPORT’s Alex Crook (via GIVEMESPORT).

West Ham have enjoyed a successful season so far, with Jarrod Bowen at the heart of all things good for the Hammers. Following a remarkable Europa League run, West Ham currently sit in a European spot with every chance to leapfrog Manchester United on the final day of the season.

Having featured as both a right winger and as a second striker, Klopp could be eyeing the in-form Englishman as cover and competition for both Mohamed Salah and Diogo Jota.

West Ham aren’t keen to let their star man go, and Liverpool could also have to battle with Newcastle United to get his coveted signature.

According to 90min, West Ham have already entered ‘initial discussions’ with Bowen to reward him for his fine form this season.

Jurgen Klopp has been cited as a “long-time admirer”Of the £31.5m-rated marksman, and reports claim that Liverpool are simply ‘keeping tabs’ on him whilst West Ham look to line up a new contract.

“I know Jurgen Klopp’s an admirer so that interest from Liverpool is genuine,” Crook said.

Bowen still has three years left on his current contract which could prove an insurmountable hurdle for the reds, but with Mohamed Salah, Sadio Mane and Roberto Firmino all with expiring contracts in 2023, desperation may set in for Klopp as he searches for suitable replacements.

Jurgen Klopp is not short of attacking options, but adding a man with 24 goal contributions and an average SofaScore rating of 7.11 this season in the league to his ranks can only help their lofty ambitions of the quadruple.

With the reported contract troubles already at Liverpool, it could also make financial sense to cash in on some of the best players in the world in favor of a younger man with more goal contributions this season than Mane.

Labeled “outstanding” and agame-changer”By Andy Townsend following his goal against title-chasing Manchester City, Bowen’s versatility and proficiency in front of goal makes him an ideal Klopp signing, as well as his 10.79 pressures in the middle and attacking third of the pitch.

Liverpool could have another superstar on their hands if they can tempt Bowen from the Irons, but with contract talks seemingly going well, Liverpool should act sooner rather than later if they want him at Anfield.

Rafael Nadal has enjoyed another strong run at Wimbledon despite concerns over his foot, but...
Read more
Load more