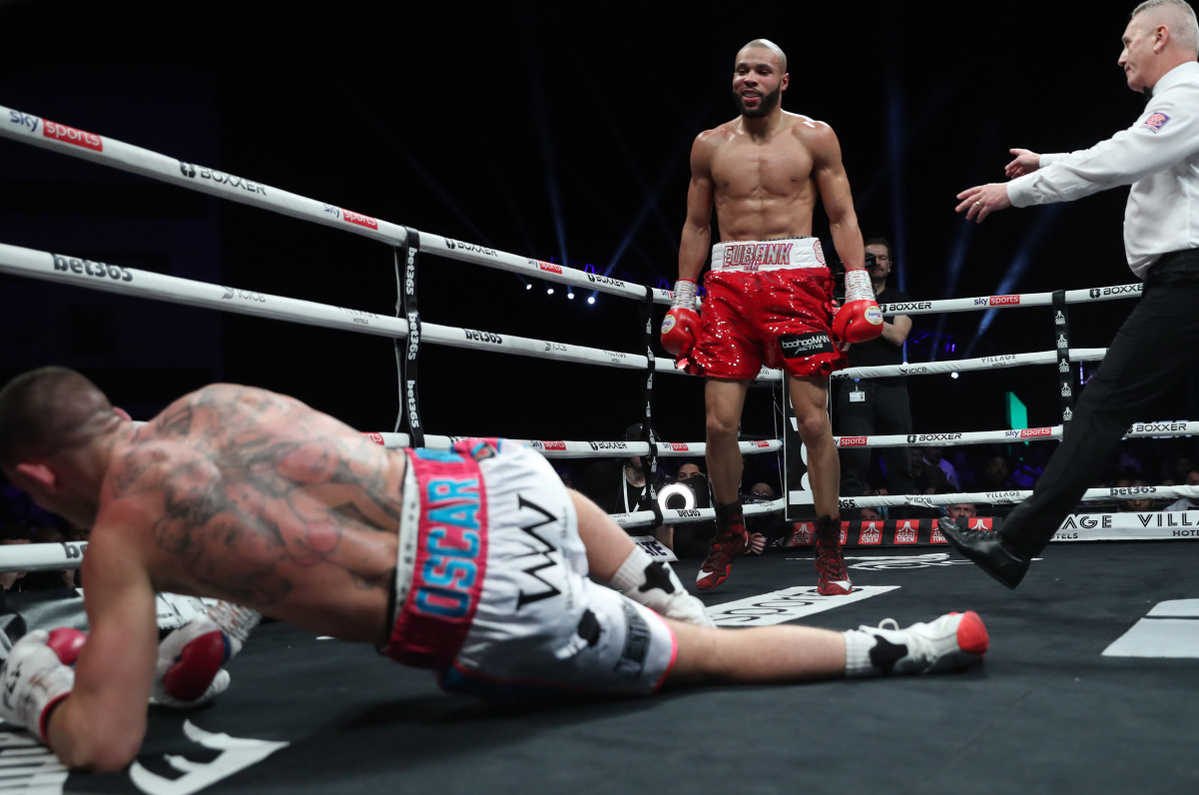 Chris Eubank Jr. vs. Liam Williams, at a fervent Motorpoint Arena in Cardiff, was a domestic grudge match with world-level implications. Eubank Jr., the Brighton son of a legend, had settled at middleweight and with trainer Roy Jones Jr., once the best pound-for-pound fighter in the sport. Following defeats to Billy Joe Saunders and George Groves – the former possibly retired and the latter most certainly so – Eubank, WBA No. 1 and WBC No. 3 coming in, could justifiably view Williams as the final hurdle before a genuine superfight with a GGG or similar. The Welshman had come up short in three previous world title challenges, twice against Liam Smith at 154lbs then, after an eye-catching run of form in the heavier division, in his last content against the supremely talented Demetrius Andrade. This appeared a make-or-break clash for Williams in terms of venturing beyond the domestic sphere.

The pair clearly did not like each other after a build-up replete with spite, and each possessed typically aggressive, explosive styles, so an action-packed war always looked likely. As it turned out, a one-sided start slowly morphed into more of a chess match, but four knockdowns scored for Eubank (the last should not have been called) ensured a unanimous decision victory, 116-109, 116-108, 117- 109.

It certainly began dramatically, with Williams dropped by a counter in the opening round despite a solid start behind the jab. Eubank Jr patiently pot-shotted in the second and decked the home nation hero again, this time a heavier knockdown from a right hand-left hook. Liam, with new trainer Adam Booth in the corner, found himself four points behind after just two rounds. Williams made it through the third without tasting the canvas though struggled to get much going offensively.

You felt for Williams by the fourth. His aggression brought success but also moved him into range of a stiff counter jab that floored Williams once again. Eubank Jr. was proving too sharp and smart. Williams’ legs still looked unsteady in the next but Eubank remained patient and beckoned his rival in. Liam may actually have nicked the session but Junior, a big middleweight, seemed unfazed. In round six he continued to goad Williams and posture to the crowd, but did scant effective work, perhaps allowing his gutsy opponent a route back into the contest.

Williams used his feet to cut down the distance in the seventh, moving his head well to avoid danger. Eubank Jr. missed wildly at times but has a proven chin and was content to take risks. He got caught with plenty of jabs and a couple of clean right hands in round eight and was often caught off balance, though remained composed. Chris seemed to feel in charge due to never being in trouble but was losing a few rounds at least partly though laziness or complacency. He ceded another in the next and Williams, bruised under the right eye, had seemingly closed the margin sufficiently to have a shot at triumphing.

Williams enjoyed another good stanza in the 10th, feinting to encourage Eubank to throw, then slipping and countering, which was presumably the initial gameplan before the knockdowns changed the pattern of the fight. Eubank’s work rate was poor for a fighter with world-level aspirations, but apparently sealed the verdict in round 11 as he put Williams down for a fourth time. Williams protested that he had been pushed and TV replays supported his version of events, but the deficit was now too much to eradicate. Williams fought aggressively in the final round but Eubank, moving and posing, survived fairly comfortably.

Chief support saw undefeated double Olympic and three-weight pro world champion Claressa Shields further fuel the appetite for a summer showdown with WBO 160lbs ruler and her former amateur conqueror Savannah Marshall, by retaining the WBC, WBA and IBF versions of the middleweight title against previously unbeaten Ema Kozin of Slovenia. Flint, Michigan’s Shields dominated the brave but significantly outgunned Kozin, hitting her with every shot in the book en route to a lopsided 10-round decision, 100-90 on all three scorecards. Shields and Marshall then got into each other’s faces on TV in the post-fight.

OK, so the essential Baseball-Reference has yet another incredibly cool new feature called “Spans,” which allows you to take a look at a...
Read more
Load more