Meta has launched Reels on Facebook in over 150 Countries Globally 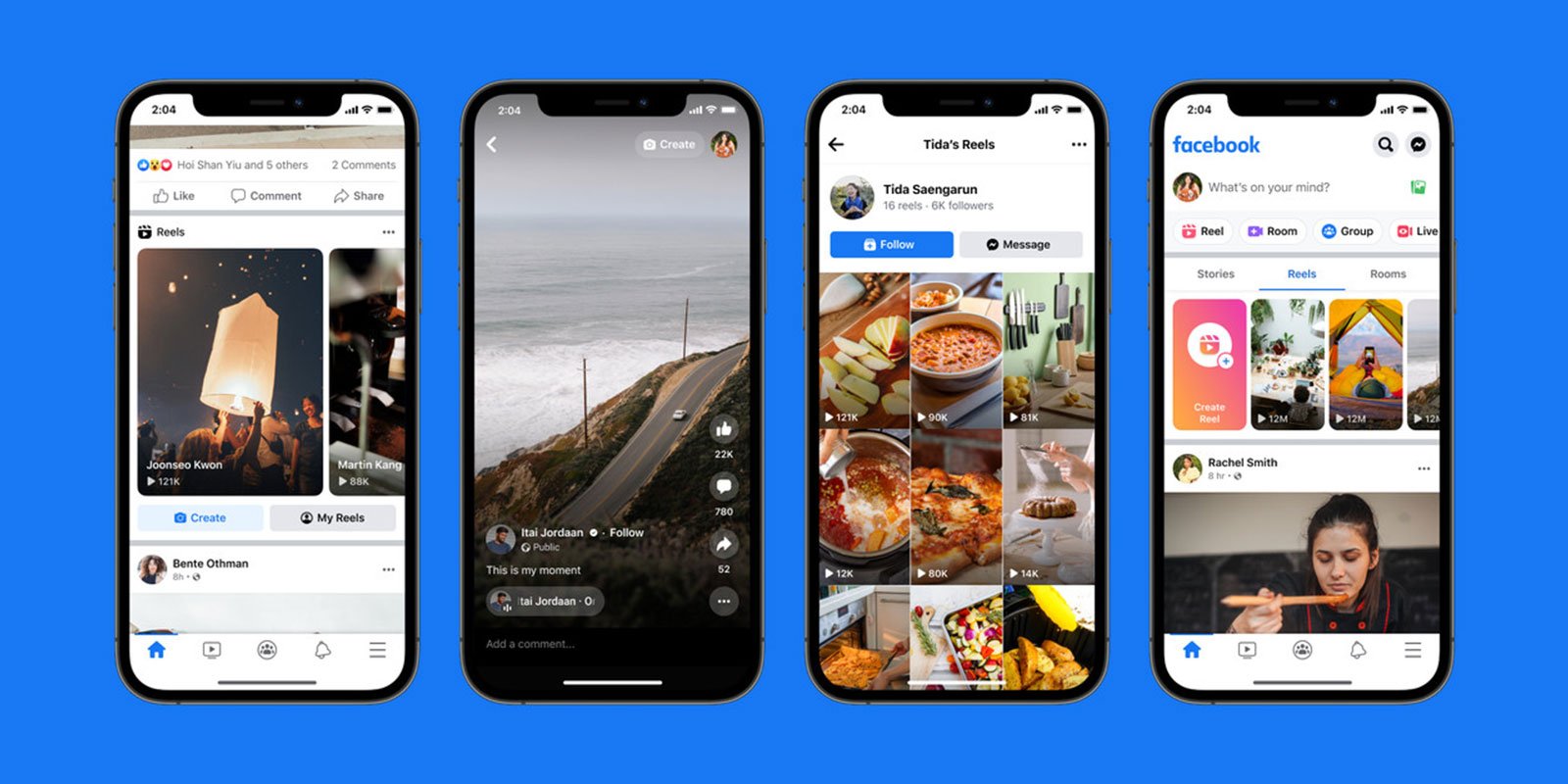 Meta is expanding the global reach to Reels. Reels is a TikTok clone for making entertaining and immersive videos. Content creators could now create the reels on Facebook. You would have access to the reels on iOS and Android devices in over 150 countries globally. Meta aimed to bring more enthusiasm and entertainment for the creators throughout the world with short, long, and mixed videos.

Besides adding new features, Facebook reels would contain more features and an amazing graphic experience. You could make the audio and AR effects on reels as well. You can comment on a reel, share it with your friends, and follow the creators through the reels. Reels would be visible in the Facebook Feed. Meta has added many new features and expanded its global reach. Let’s know more about them.

Rules resembles TikTok. Like you used to make videos on TikTok, so is true for the reels. However, Reels on Facebook has many features, such as music, AR effects, audio, text overlays, stitching different videos, and much more. Using your mobile device of Android or Apple, you can create your reels on Facebook and share them with your fans. They can watch your reels on the Feed. There is also a dedicated Reels section for the new users. This can give more coverage and better chances of earning more money.

Meta has made it convenient for the creators to get full advantage of the reels on Facebook. Rules are accessible and you can make your own reels with little trouble. You can create them from the top of the Feed. Moreover, adding the videos from your camera roll is very easy to mix up with your creativity. Let us know about the editing tools that can assist you in making wonderful and awe-inspiring reels.

Facebook reels give you a wonderful and precise feature of editing. You can add audio to your videos from the Facebook music library. Adding audio from another video is also possible and you can set the timing and position of audio in your video to make it an unforgettable experience for the audience. Besides uploading audio, you can make your own and set the audience on fire by sharing it.

Make a fast-paced or a slow video depending on the genre of your audience. Mix up the different speeds in different segments of your video to bring more viewers and likes.

Facebook reels also provide you with an augmented reality library. Through this library, you can animate the enthusiasm of your audience and capture their undivided attention. Besides the default AR effect, you can use the AR effects of third-party developers.

With Facebook Reels, you do not need to press the button to make the reels. Instead, you can set the timing and hand-freely make the audio or video clip without losing the glimmer of your reels.

You can stitch together multiple clips either from the gallery or from the camera roll. This can be a perfect feature to capture the greater attention of your audience.

These features resemble TikTok. However, Facebook has over 1.9 billion users which can give reels an unrestrained levity over TikTok and can become the next famous Facebook feature for the content creators.

You can have unrestrained accessibility to the followers and to the audience who have the same interest as your shared reels. No more obstructions based on the limit of existing followers. Facebook reels let you go beyond the reason. Your funny, creative, and inspiring reels can reach more audiences and you can gain more reputation. That’s how the newly added features of reels in Facebook can challenge TikTok.

Show yourself in groups

You can express your talent with no hesitation in the Feed and in the Groups. The shared feeling of improvement and success can spur more creativity and vitality in your reels. Group admins and members equally can enjoy funny, creative, and entertaining reels.

Meta has all planned out for the Facebook reels. As part of their lofty plan, they would invest $ 1 billion in content creators to promote them and to reward them. Bonuses and incentives on views of their reels would help them to reach more audiences with more refined and funny reels. In 2022, a $ 1 billion investment will encourage more users to come into the Facebook reels. Reels play bonus and other incentives would drag more users and can help them to avoid living paycheck to paycheck.

Content creators can use Facebook reels to increase monetization. There are two formats of ads. One is a banner ad that would appear at the bottom of the Facebook reels. You can place another format of ads in the reels. These decisive steps are crucial for the sustained growth of this giant venture.

The Facebook reel is a venture which can put it in blatant competition with TikTok. Although currently there is no comparison between these two rivals, in the future, there can be more than tough competition. Over 150 countries have access to the Facebook reels and there is an increased surge of content creators.

The in-stream ad program and other heavy incentives for the content creators are dragging more and more users on the Facebook reels. Meta has avowed to invest over $ 1 billion in content creators. Added features, exquisite AR effects, and greater reach are some features that can boost the nourishment of Facebook reels.