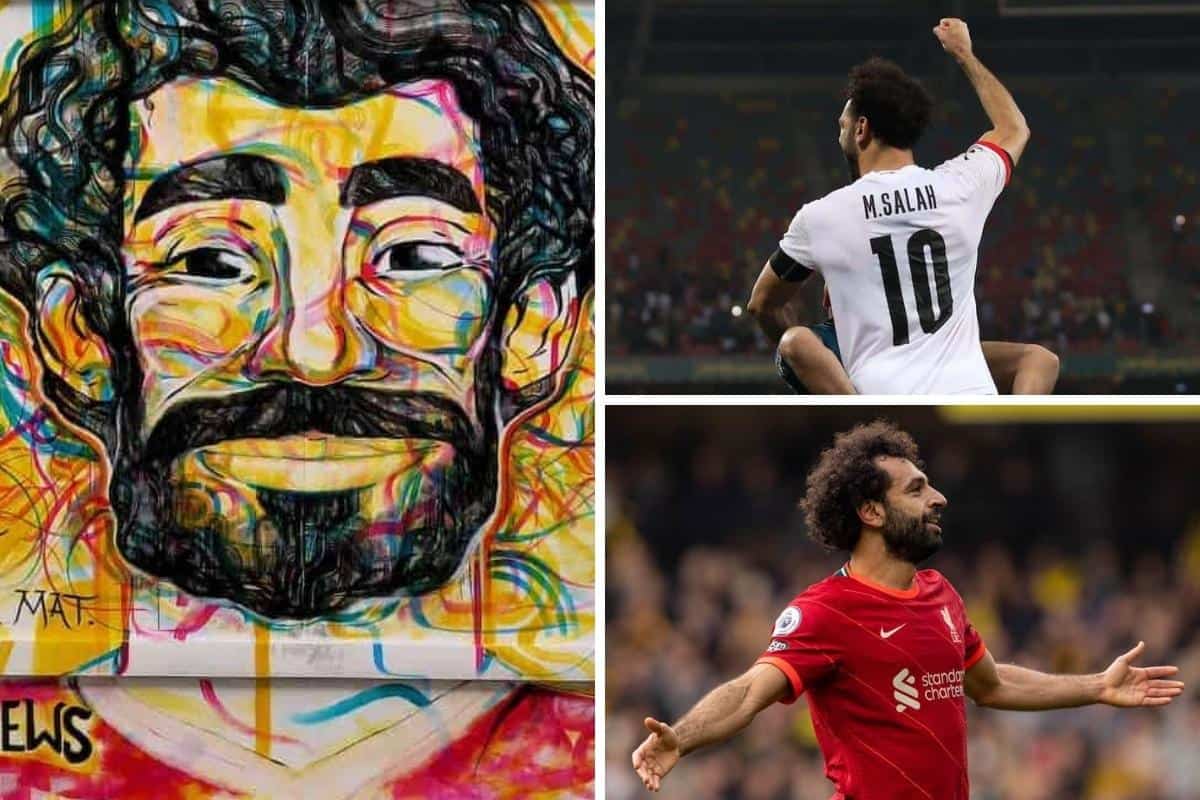 Mohamed Salah‘s rise to the world-class bracket has earned him admirers around the world, but it’s in his native Egypt where his influence is truly astounding.

Throughout Salah’s four-and-a-half seasons on Merseyside we have grown accustomed to watching him as he marauds down the wing, ruthlessly finds the back of the net and forms one part of a formidable attacking unit.

He has captivated the imaginations of millions of fans worldwide and more often than not he has you precariously perched at the edge of your seat each and every game.

And while his footballing feats have rightly earned him widespread admiration, for many Salah is more than just a footballer.

The 29-year-old grew up over 3,700 miles away from Liverpool in Nagrig, a small rural village in the Gharbia district of Egypt.

He endured a nine-hour roundtrip five days a week for years to play football in Cairo, before he was allocated accommodation from what would be his first professional club, Al Mokawloon.

The Egyptian outfit handed Salah his senior debut in the Egyptian Premier League in May 2010, and a rapid rise to prominence soon followed.

Swiss side Basel came calling in 2012 before spending time with Chelsea, Florentina and Roma prior to his arrival in Liverpool – all of which occurred within a five year time period.

It’s been an exponential rise that has seen Salah become a hero and a source of motivation for all generations in Egypt.

From murals which are seemingly adorned on every corner, to his image on billboards, shopping bags, traditional decorative lanterns, mugs and countless other items, Salah’s presence is felt everywhere in the land of the Pharaohs.

Nothing beats street art for me, especially when it’s Salah on a building in Egypt? pic.twitter.com/uR8hykhVq4

“People do not just love Mo, they adore him,” Khalid Yousif, president of Liverpool’s Egypt Supporters Club, told This Is Anfield.

“His influence is massive. It’s just unbelievable. His humility, dedication and his good deeds towards the poor have made him one of the most popular and lovable public figures in the country.

The scale of admiration for which Salah is held-in in his native country is mind-blowing when you also consider that he has streets, schools and community centers named in his honor.

Even a reported 1.7 million Egyptian voters spoiled their ballot papers for the presidential election by writing Salah’s name in 2018. His presence knows no bounds.

But it comes as little surprise when you delve into the level of his contributions to the city and country which have shaped who he is.

Salah’s helped pay for an Egyptian child’s medical fees, a school for girls, a sewage treatment plant, a medical center and an ambulance station in his hometown, while also paying for the construction of an all-weather football pitch at a school where he once studied and donating tonnes of food to his hometown during the pandemic.

And these are just the things which have been published.

But importantly he has also been a key figure in anti-drug and anti-smoking campaigns across the country, which Yousif feels only showcases his ever-growing level of influence.

“People look at him as a hero, kids see him as a role model. Doing commercials for fighting against drugs and upping the awareness for the younger generations has only increased his status as a role model for them, ”Yousif explained. 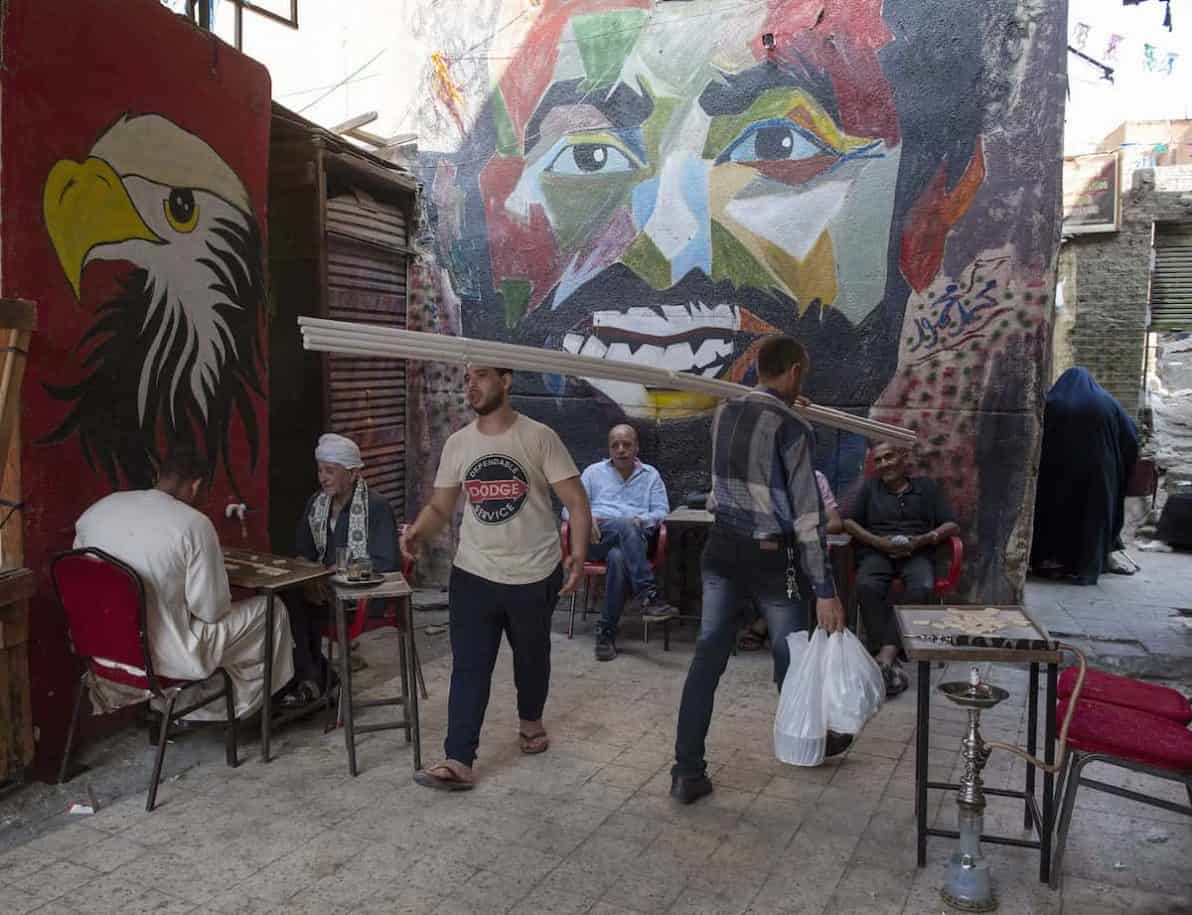 For a player who has seen the level of expectation on his shoulders rise exponentially following his senior international debut at just 19-years-old, Salah takes it all in his stride.

He currently harbors the dreams of a nation as Egypt meets Senegal in the Africa Cup of Nations final on Sunday, a final that sees Salah’s Liverpool compatriot positioned as the favorite.

There’s no doubting the eyes of his country will be cast in his direction as they look to pick up their first title since 2010 and their eighth in history.

He’ll be key if they are to lift the crown but Salah’s humble nature ensures he’s a man who does not seek out the spotlight but one who the spotlight consistently finds such is his impact and influence, both on and off the field.

Salah has always been held in high regard in Egypt but his move to Liverpool offered the Reds their first glimpse at just how much power and pull he has, not only in his homeland but the surrounding areas.

“The moment we signed Mohamed, straight away we looked at our social media platforms and you could look at IP addresses and immediately see [a spike in followers], in particular from Egypt, ”Peter Moore, Liverpool’s former CEO, previously revealed.

“But there is a pan-Arabian pride from all people in the Middle East, regardless of whether you are Egyptian. We saw Jordan, and we obviously saw the UAE.

“It breaks down some of the barriers in this region when it’s an Arab player that is playing, and not only playing but arguably one of the best players in the world and scoring goals for fun.”

And the initial spike in online interactions was just the start.

You can only imagine the pride of everyone in Egypt for @MoSalah got to see it to believe it. @LFC game was on in every bar, cafe, shop & restaurant. I repeatedly declined a plastic bag in the local shop but was proudly given this to carry my chewing gum back to the hotel with pic.twitter.com/zBUlOd2LMa

As Salah’s star continued to rise on Merseyside, Liverpool’s presence on the ground in Egypt has increased in line with the No. 11’s incredible tally of 148 goals in 229 games.

The man affectionately coined the ‘Egyptian King’ has risen to the top echelon of players around the world with those in Egypt watching on, as they always have throughout his career.

But a new wave of red has descended across the nation as the red of their national strip has been met with an influx of the red of Liverpool.

“I can tell you that the numbers keep increasing by the day since he joined Liverpool. Kids of all ages walk down the streets wearing the club’s jersey, ”Yousif said.

“More and more people are not only attached to Mo but now they know who Klopp is, they love Bobby’s celebrations and so on.”

The pride in Salah’s achievements is interwoven in a desire for the Reds to succeed, and it means you would not find it hard to find a screen to watch Liverpool’s games around the country as bars, cafes, shops and restaurants are full of people tuning in.

Salah has weaved his way into the lives of millions of people and acts as a beacon of hope as he has shown dreams can come true. 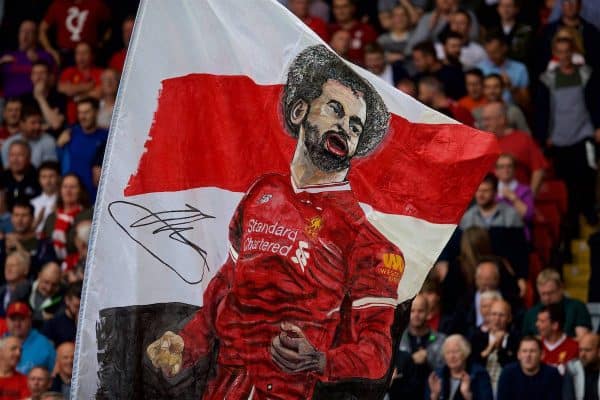 “To have an Egyptian, one of our own, achieving these things is something unbelievable, it makes us really proud of him,” Yousif said.

To think one player has such vast reach and power is simply incredible, but gone are the days when one’s influence is limited to 90 minutes of football.

And it is safe to say Salah is more than just a footballer, especially to those in Egypt.