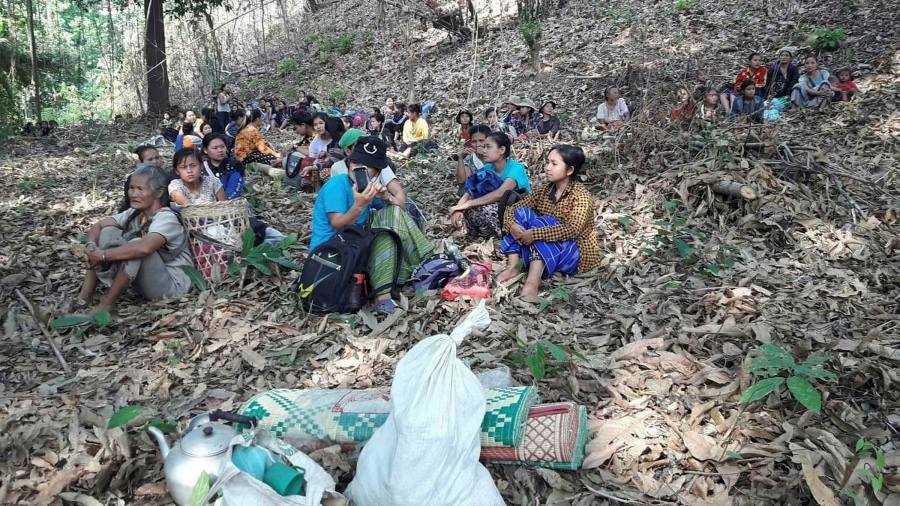 At least 3,000 people have fled to the eastern Karen state of Myanmar to Thailand to escape military airstrikes, marking the largest refugee movement that ousted the Aung San Suu Kyi government on February 1st.

The cross-border exodus will raise more and more concerns about the conflicts created by the military taking power and attacks on civilians can have consequences in neighboring countries.

According to NGOs in the area, the military dropped bombs and fired automatic weapons on Karen National Liberation Army, the KNU’s armed wing, the day before the KNLA led the army’s post.

It’s a karen decreased in several groups in the highlands of Myanmar, which have been fighting the country’s military for decades. KNU signed a ceasefire agreement in 2015.

The UN has denounced the coup and given it support mass movement of civil disobedience against it. This has included enabling shelter in a territory that controls hundreds of people fleeing the Burmese ethnic heart in Myanmar.

Padoh Saw Taw Nee, head of KNU’s foreign affairs department, told the Financial Times that more military attacks have sent about 4,000 people fleeing into the jungle. “If airstrikes continue, we may find a way to cross the border and seek refuge in Thailand,” he said.

Thai PBS, Thailand’s public media, has confirmed that about 3,000 people have arrived in northwestern Mae Hong Son province. Prime Minister Prayuth Chan-ocha has said his government is preparing for the possible arrival of refugees from Myanmar “but how much – we are not talking about that,” according to Reuters.

If his government has it not convicted the coup, and Thailand was one of the few countries to send representatives to celebrate Myanmar’s Armed Forces Day on Saturday.

“This is the first time that refugee flows can be much larger,” said independent political analyst Richard Horsey, adding that there is a risk of “more serious conflicts”.

The junta in Myanmar, headed by General Min Aung Hlaing, has suffered international condemnation killing protesters and others, including children. Security forces have killed 459 people and arrested more than 2,559, according to the Association of Supporters of Political Prisoners for Human Rights.

Local media reported that 700 fugitives had also arrived in northeast India, including police who defied orders to shoot Protestant crowds.

The government of Prime Minister Narendra Modi has taken a tough stance, with the Interior Ministry ordering officials from the four states bordering Myanmar to identify and deport these “illegal migrants” to New Delhi.

The Indian government has also told state officials that they have no right or authority to double the number of fugitives who have arrived. India is not a signatory to the UN refugee agreement and the Modi government has traditionally been hostile to those it considers to be illegal migrants.

But local officials, who have close cultural and kinship ties to communities on the western border of Myanmar, have challenged instructions to reproduce the entry, and many refugees are housed in local villages.

The last entry came when New Delhi took its first steps towards implementation a long-standing plan to deport thousands of Muslim Rohingya who had previously fled military repression. In recent weeks, hundreds of Rohingya have gathered and entered camps ready to leave the country.