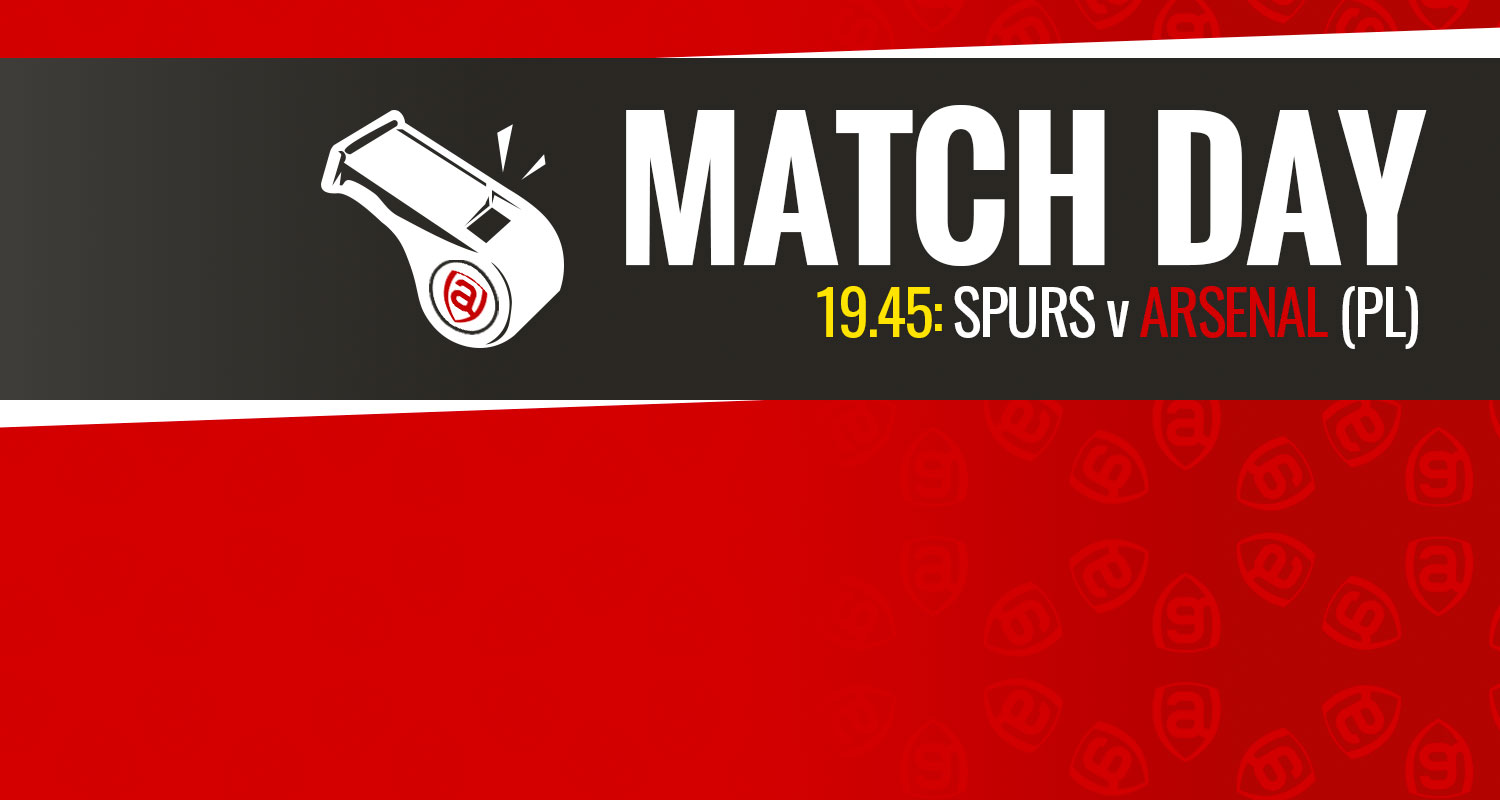 Having spent a few days not writing about it and doing my best not to think about it, this morning I have to write about it and I can stop pretending to myself it has not consumed my waking thoughts all week long.

This is possibly the most high-stakes North London derby in recent memory. We go to White Hart Lane with a four point lead over them and if we win, we qualify for next season’s Champions League.

I watched Mikel Arteta’s press conference yesterday and was calmed slightly by his cool demeanor. It’s not that he’s unaware of the importance of the fixture or what victory might mean, it’s just that he’s approaching this in a much more focused, considered way than, dare I say, many of us mere fans. That’s the job I suppose, and he laid it out in simple terms when asked if achieving a top four finish at the expense of our rivals would make it better:

The message is clear, if we win against them we are in the Champions League next season. You do not need any motivation or to tell them anything more than that. The opportunity is there, we are going to play and go for it like we always do. It’s how we have got into this position, and it’s how we are going to approach it.

It’s not really about them, it’s about what we can achieve.

When he says we are going to ‘go for it like we always do’, I wonder if that’s something for public consumption. Not quite gamesmanship or mind-games, but just to put that in the minds of the opposition. Everyone knows that Sp * rs thrive on transition and counter-attacks, that if you push forward and leave space, they have players who can exploit that, so perhaps the best way to approach this one is tweak our system to make that happen as little as possible.

There’s talk of a possible back five, and if you go back just a couple of weeks to the game against Stamford Bridge, we started with that system. On the day, Arteta was expecting Chelsea to be set up one way, but receiving feedback from Martin Odegaard and Granit Xhaka, he shifted to a sort of fluid back four. On that basis, I would not be at all surprised to see us start with three center-halves again, but with a line-up that makes it possible to rearrange ourselves into the more typical back four.

Quite who the personnel are remains to be seen. Ben White is a doubt, but ‘feeling better’ according to the manager’s update yesterday, however we’ll have to wait and see. There must be an element of risk and tonight it’s about deciding if we want to push him to secure top four now, or keep him in reserve if he’s potentially needed for the next game or two. If he’s fit, he’d be part of my back three with Rob Holding and Gabriel, with Takehiro Tomiyasu and Bukayo Saka as the nominal ‘wing backs’.

The midfield duo of Xhaka and Mohamed Elneny is obvious, and then a front three of Gabriel Martinelli, Martin Odegaard and Eddie Nketiah complete the set. It might be cautious in some eyes, but it seems sensible to me, denying their best players the space they look for, and it also means that if we want to shift to a back four we can do that relatively easily without having to turn to the bench.

After that? I do not know what to say. Do the job. I feel like we’ll be the ones watching from afar feeling all the nerves. The players know what’s at stake, what victory would mean, and how this is possibly the most important derby of their careers so far. I’m refraining from saying the most important game of their careers, but some of them are very young and this really is as crucial as it gets in Premier League terms apart from going for the title itself.

It’s also worth remembering that as much as I want to win tonight, this is not necessarily a must-win game. That is, very obviously, my preferred outcome and I’m sure that’s true for Mikel Arteta and the players too, but a draw leaves us with a four point lead with two games to go. I’m not saying we should be playing for that necessarily, but it’s still a very decent position to be in, and it brings me back to my earlier point about not going gung-ho at them and thus leaving ourselves exposed. From their perspective though, this one they have to push for three points from, so hopefully that’s something we can exploit during the 90 minutes.

The 90 terrifying, exhilarating, knee-trembling, stomach-churning, potentially awesome minutes that kick off at 19.45 this evening. Final thing: let’s remember that this game feels so big because there’s so much at stake beyond winning a derby, and that we’re in this position because we have earned it. We’ve had ups and downs this season, good times and bad, but you do not sit in fourth place in the table, on the cusp of next season’s Champions League, by accident. Let’s not lose sight of that, and let’s keep everything crossed that we can do what needs to be done later on.

For those who can not get enough of that pre-game stuff, Lewis and I have a preview podcast for you over on Patreon which is well worth your time. For now, take it easy as much as possible, and join us later for the live blog and all the post-game stuff on Arblog News.

COME ON YOU REDS!

On this week's episode of AEW Rampage, Kris Statlander & Ruby Soho fought in a semi-final match to decide who would...
Read more
BOXING

Casual Friday: Where in the world is Field Gulls? (2022 edition)

It's back! Over the past two offseasons I've done a Casual Friday open thread to take us into preseason, to resounding success....
Read more
Load more