Home Sports SOCCER Nothing Doing For Either Side
SportsSOCCER

Nothing Doing For Either Side 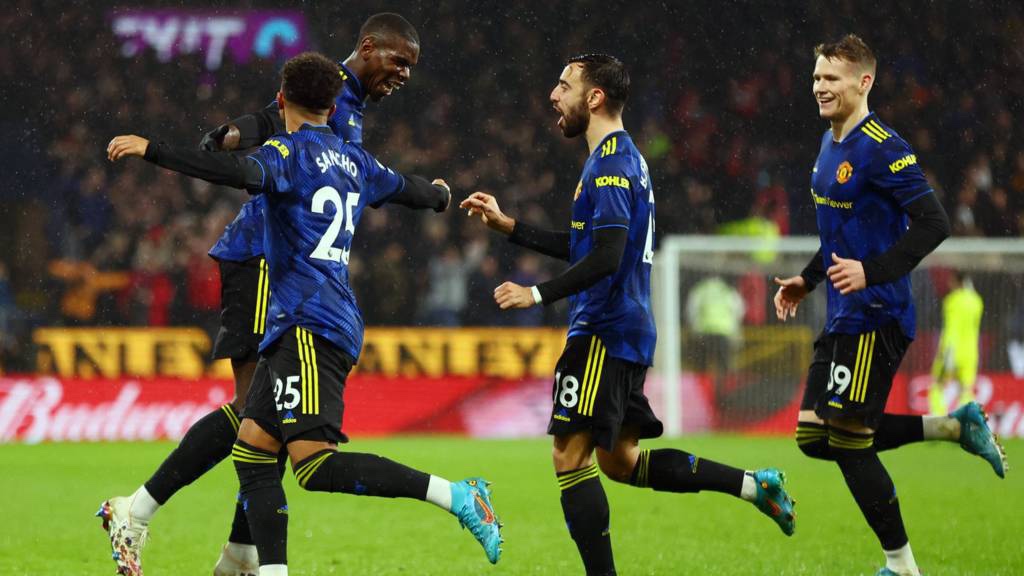 It was an important night for Man Utd to notch up wins as the easier run is about to come to an end. One of its last games would take us to Turf Moor, a ground that has often given us three points. In fact, outside of our first two visits, we have been able to pick up three points on every occasion. Tonight was not the case but it should have been. The first half was a barrage of chances that should have been converted, or not disallowed in the case of the own goal. Like it did in our FA Cup defeat, those chances would be rued. United would go ahead from a controlled finished by Pogba after good work from Sancho and Shaw. However, the good work was ruined by shocking defending from Maguire, as Weghorst outwitted him to slip through Rodriguez, who would put past De Gea. All in all, it mirrored much of what we have seen from United since we have moved to this 4-3-3. Poor second halves discoloring the good in the first. It’s something that Rangnick will have to put right if we have any chance of getting top four.

Often, when a specific bad pattern emerges, it tends to be laid on thick rather than it coming slowly. In other words, when it rains, it pours. But this saying is reserved for things that are usually out of your control. Bad things that are just happening to you rather than you being able to stop those things. Well, United are not guilty of that. Because the bad things that happen to United are for things they both lack and incompetence in things that they have been usually good at. In what they lack, the ability to control the game through the rocky periods. It is a gripe that I have had for a long time. It seems that waves of momentum or spectacular moments are the only way in which Man Utd are able to get themselves over the line. No team can dominate a game for 90 minutes but United’s shrinking violet act when a bit of pressure is applied, particularly away from home, has always been a joke.

But that has been a ground trodden over enough that the footprints are more recognizable than the Mona Lisa. In the last two games, tonight and the penalty shoot out defeat against Middlesbrough in the FA Cup, the Red Devils have been guilty of something that has not been present since the 2016/17 season. The profligacy that plagued the team that year was quite something. A compilation of missed chances from Paul Pogba alone could fill 2 minutes, let alone the chances created by the team as a whole. Tonight, Varane had a goal disallowed, correctly in the end, and an own goal, incorrectly. Outside of that, Rashford blasted on at the keeper, with the unsubtlety he usually goes for, and Cavani really should have scored with a close range header. There were other more difficult chances through Bruno, where a pass may have been the better option, that sums up his penchant to go for glory rather than work a better angle. By the end of the first half, United had an xG of 1.02 but this excluded the two disallowed goals. After Middlesbrough, it is something that can not happen anymore but with the weakness in midfield, both in their ability to protect and control, we have to take our chances as and when they come because when the rainstorm begins to swirl, our midfield will not be there to calm it.

It’s not just tactics that are able to see teams through those arduous times in the game. The mentality of the staff is particularly key because those that have been there and done it have to be both on it 100% and pulling others into positions to make sure they are doing their jobs as well. I have never known a captaincy as contentious as Maguire, from its appointment to its tenure. His appointment after just a few months at the club both stunk of the fact of validating an exorbitant fee and paying credence to the British core earmarked to underpin the team. It has been a turbulent campaign for the ex Sheffield United graduate to say the least.

Ignoring the off the pitch misdemeanors, his performances have oscillated as much as a heartbeat does on an ECG. In fact, outside the run from February to July 2021, he has actually been middling between average and poor. Tonight, he encapsulated his spell with the team so far. While United were on top and did not have to deal with any intensity and complexity in runs, Maguire looked comfortable. The pair of Weghorst and Rodriguez are neither going to threaten you in behind or with much trickery between their feet. The former name matched up with the latter description to embarrass Maguire for the Clarets goal in the second half. His play on that goal continued throughout the second half in all phases, outside of an exquisite turn to win a corner.

With what transpired over the past 2 weeks, United’s front line quality and quantity has dwindled, for better or for worse. Ronaldo, who lead the line on Friday night, was benched today as Cavani humbly came back from his well deserved rest of the weekend to start the game tonight. The Uruguayan probably needed more of a rest given his performance tonight. Even in the first half, while United were dominant, he was actually sticking out like a sore thumb in his awfulness. The ball did not stick well, his presence was fleeting and the one glaring chance he got, he passed up in a fashion that not many would expect. Usually as brave as anyone, he seemed to go for the safer option and it cost him getting on the scoresheet. The conundrum at the number 9 position looks set to continue until the end of the season.

If not more commonality was needed between the game on Friday and today, Sancho once again offered up a good display. While the former was against Championship opposition, it was dismissed as an expectation. With this performance coming against the bottom team, it will probably be met with the same dismissal. However, it is better to see something than nothing at all, as we did in the first half of the season. The formation change seems to have helped a lot with Sancho able to link with the outside CM, the LB behind him and his striker at different angles, something that helps both his link up play and also his ability to run into space. Hopefully this is a sign of things to come.

Max Rohskopf is going to get another chance on the big stage.The one-time UFC competitor...
Read more
MLB