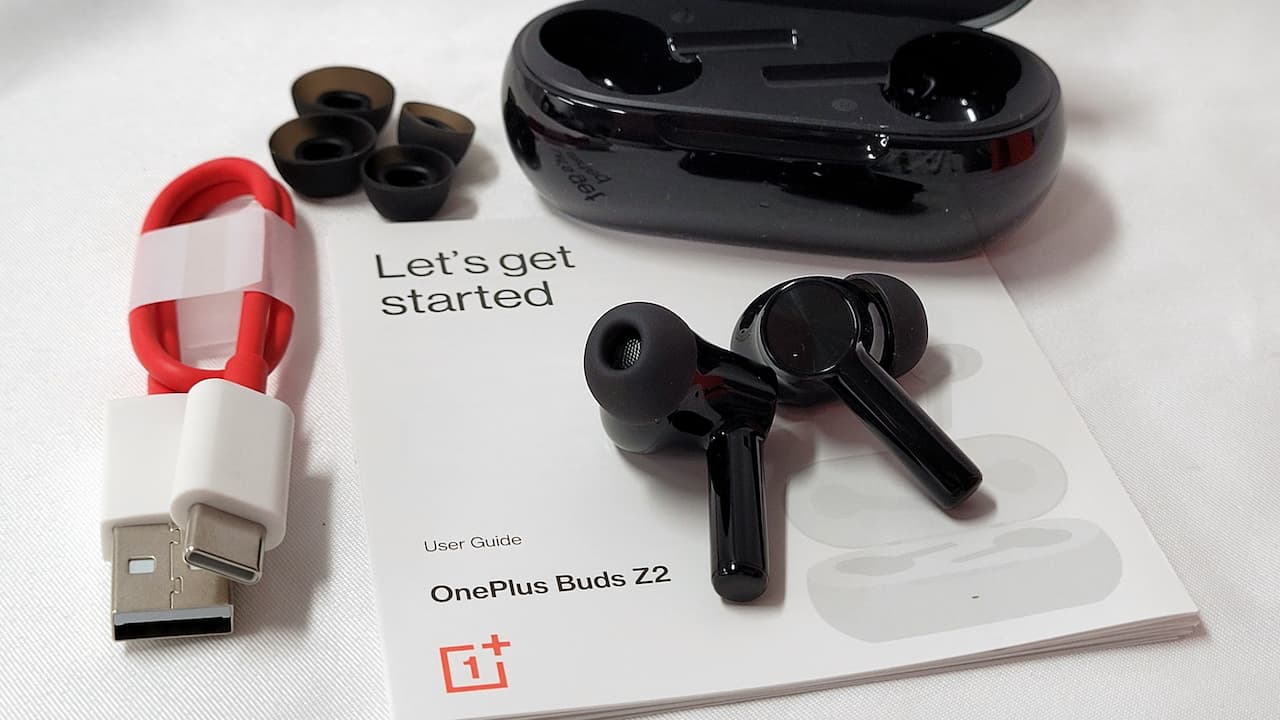 People laugh when you tell them that the wireless earbuds and headphones market is going to hit $ 27 billion by 2027 but based on the sheer number of searches online and products we have under review – that number is starting to seem like a real possibility.

The smartphone manufacturers saw the writing on the wall with Apple’s success and decided to make the leap from wired earbuds to wireless and it really did not surprise anyone that OnePlus jumped into the ring over a year ago with two models; the OnePlus Buds Z2 True Wireless Earbuds are the budget model that come bundled with a number of their phones.

The OnePlus Buds Pro are the high-end model and AirPods Pro competitor.

I was sent both models along with a OnePlus 9 5G smartphone to try them out. The earbuds have some integration with Oxygen OS on the OnePlus phones so it was interesting to try out the features with that model and with the HeyMelody app on a Samsung S21.

While many of the features do parallel one another, there are some differences between the OnePlus integrated app and the add-on. For a more in-depth look at the OnePlus9 5G phone see my review (coming soon).

The OnePlus Buds Z2 retail for $ 79.99 and are available in white, or black; the highly decorative “Steven Harrington” SE finish which was an option for the original OnePlus Z is currently not an option and we’ve yet to see it in any of the press material.

The retail kit contains the earpieces, three sizes of tips, charging case, and a typical overly short charging cable along with a warranty card and instructions.

The construction is decidedly AirPods-lite and what I now refer to as a typical stick bud IEM. The body is mid-sized as is required to hold an 11mm dynamic driver with a 2.5cm (1-inch) stem beneath the body.

The tips attach at the leading edge of the body via a very short nozzle and the insertion depth is very shallow for a bud that includes ANC. The OnePlus Buds Z2 are IP55 rated making them safe for gym use, but the charging case is only IPX4 and I would suggest keeping it out of the rain or any water.

Pairing is easy as the Buds Z2 support Google Fast Pair and offer either SBC or AAC connectivity via Bluetooth 5.2. I had no issues with pairing using multiple Android and Apple devices and connectivity was good as long as the source was kept within about 10 meters in open spaces. Walls did defeat the signal most of the time unless distances were kept very short.

The earbuds support two levels of ANC as well as an ambient listening mode. I found that the maximum ANC mode worked well for droning noises but struggled with higher pitched sounds.

I also found that the foam tips while not particularly well suited or comfortable, did not lessen outside noise considerably so part of the issue is not with the electronics but with the passive isolation or lack thereof.

The best sound was with the ANC disabled as ANC tended to limit the top end and with the bass forward nature of the design, they need that top end extension.

The sonic signature is a very mild “V” with a sub-bass emphasis centered around 80Hz with roll-off evident below around 35Hz. The mid-bass drops back and remains linear through the midrange where we start to see a mild emphasis again.

The upper midrange and lower treble are boosted mildly with roughly the same level emphasis as the sub-bass. The boost in the upper midrange give female vocals a bit more presence than their male counterparts.

Male vocals have good weight but stand roughly even with the instrumentation whereas female vocals do stand out more. I found the Z2 sounded its best with dubstep, house, and hip-hop and less well suited to full orchestral compositions.

This is partly because layering and detail retrieval are not the strongest characteristics of the Z2 and as tracks get more complex, instrument separation suffers somewhat as a result.

The battery life is quite good with nearly 6.5 hours life without ANC in use and a little less than 5 hours with ANC on maximum. The case can charge the earbuds 3.5 full times before it needs to be recharged; which places the OnePlus Z2 in the top tier of budget true wireless earbuds in that category.

The HeyMelody app can be installed on OnePlus phones but when you attempt to connect the earbuds a warning message that HeyMelody is not supported on OPPO or OnePlus phones pops up and takes you to its own integrated phone app.

The internal app on the OnePlus phone lacks the ANC and ambient mode switches that are present in the HeyMelody app so oddly those using a OnePlus phone have to rely on the touch controls on the earbuds while those with third party phones can use the app to control the same functions.

The HeyMelody app is very basic and offers ANC / ambient switching, firmware updates, and an earbud fit test but lacks an equalizer.

The OnePlus Buds Z2 offer solid value but struggle to differentiate themselves in a very crowded market. The ANC is good, but certainly not a class leader in that regard.

The tonal balance is relatively neutral compared to comparable budget true wireless earbuds, but detail retrieval is somewhat limited which keeps me from listing it as a top pick.

Compared to other true wireless earbuds that come packaged with a new phone, the OnePlus Buds Z2 are one of the best so far, but that may not be enough for listeners with a budget between $ 50 and $ 80 who are looking for something to pair with their existing smartphones.