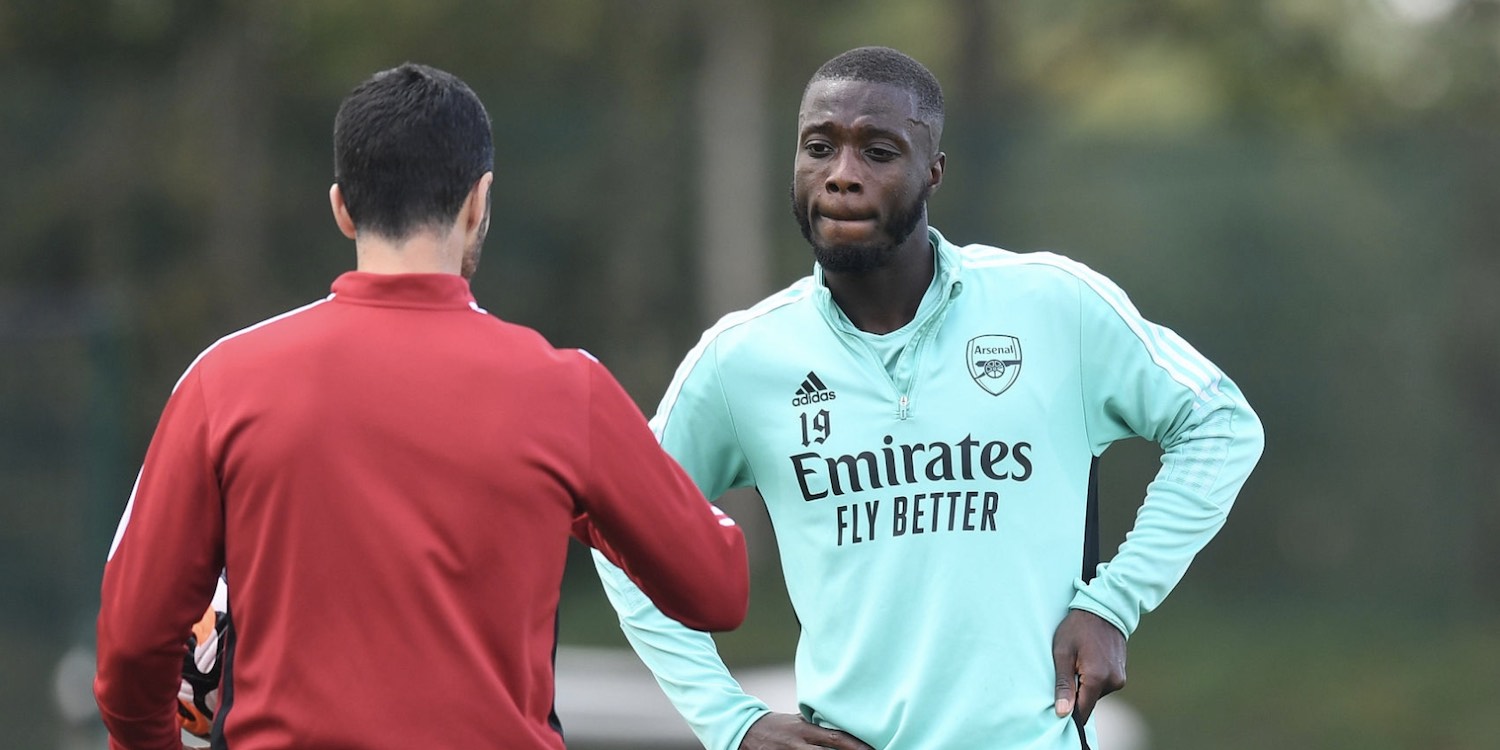 It may not have escaped your notice that Arsenal’s squad has undergone a cull during January. Not even just January in truth, since Mikel Arteta arrived at Arsenal the squad has undergone a bloody revolution. Guillotines, loan deals and payoffs have been the order of the day, illustrated most brutally this January with another five first team players crossed off the team photo.

Henrihk Mkhitaryan was sort of given away, David Luiz, Dani Ceballos and Mat Ryan’s contracts were allowed to run down, Eddie Nketiah, Alex Lacazette and Mohammed Elneny’s contracts will tick down to expiry this summer. Joe Willock and Emi Martinez were sold for cash. It’s been quite the swing of the axis and the Manager and Technical Director have been supported to this end.

What is left is a lean squad but one that is very much staffed with the manager’s guys. Even Elneny, Lacazette and Nketiah, whose deals run down this summer, are well regarded by the coach. Bernd Leno will certainly leave this summer but with no cup games on the horizon, the only way he will play for Arsenal again is if Ramsdale is injured.

Arteta’s ‘you’re either all the way in or all the way out’ approach has given him a squad full of people with whom he shares a mutual commitment. With one exception. Nicolas Pepe. Pepe was brought in by a previous regime- even the coach at that time, Unai Emery, was very public about the fact that he did not want the player.

Pepe has been something of an unloved stepson at Arsenal and while there has not been a public falling out between the two, it is obvious to everyone by now that Arteta and Pepe is a marriage of convenience at most. I think both parties would certainly be open to a parting of ways this summer if something can be arranged.

While Pepe is an immensely frustrating player, he is also a very talented one. Crucially, one of his best talents is kicking the ball towards the goal in a way that opposition goalkeepers do not always appreciate. Even when Aubameyang was at Arsenal I think Pepe was the best finisher in the squad. His lack of clever movement on the wing is enough to drive you to distraction- but put him in the penalty area with the ball on his left peg and he always draws a gasp from the crowd at least.

All of Arsenal’s goal scoring threat comes from the exterior of the team. Martinelli, Saka, Smith Rowe when he plays as a wide forward, these are the guys that take the most shots. So too is Pepe. In fact, even this season, where the emergence of Saka as an inverted forward has diminished Pepe’s status even further, Nico averages 2.86 shots per 90 in the Premier League, more than anyone else in the current squad.

That is an attribute that Arsenal and Arteta are not in a position to turn their noses up at, whatever Pepe’s other flaws. The issue, of course, is how best to integrate him for the remainder of the campaign? First and foremost, there is the issue of how far Arteta can strike up an expedient relationship with a player.

He appears to have strong relationships with squad players like Rob Holding, Cedric and Elneny but, let’s face it, it is not just character that means they behave well for the manager. All of them are on contracts they probably would not win elsewhere. (That might seem harsh on Holding but he did ink new terms last year and is, therefore, probably at the ceiling of his earning potential).

Pepe is different in that he is probably just as fine with the idea of ​​leaving Arsenal as Arsenal are with the idea of ​​selling him. I think the club would be delighted to net some cash (though nowhere near what they paid) for him and put the kitty towards the two (minimum) new strikers they need in the summer.

The ‘you’re either all the way in or all the way out’ approach does not apply to Pepe. Neither party is all the way in. But that’s ok, that’s an inevitability in any workplace, not every single person is 100,000% committed to the company, good managers eke something out of the people who are happy to clock in, do the job, then clock out and not give another thought to the company until it’s clock-in time again.

The other question is how best to use Pepe and juice some of those sweet, sweet goals out of him. Because I do not think he should be starting ahead of any of Saka, Martinelli or even Smith Rowe in a wide forward position in a million years, frankly. For all the talk of trying him as a center-forward, I have to say I could not conceive of that working in even the abstract sense.

He is far too static. One of my pet frustrations with his wing play is his unwillingness to mix up his movement, to run in behind occasionally, or even feign to run in behind. His default is to stand on the touchline until the ball is gently rolled to him and he has to try to beat three players (which is he talented enough to do on occasion).

Pepe upfront would be the easiest afternoon going for a Premier League center-half. He certainly would not tire you out. Even if Saka is unavailable, I do not think you could have Pepe and Martinelli on opposing flanks because neither particularly wants to be part of the build-up. To my mind, Pepe could only start if one of Saka or Smith Rowe were on the opposite side.

All of which is to say that I think the best role for Pepe is as a supersub. He has four goals from the bench during his Arsenal career thus far (one against Slavia Praha in the Europa League knockouts, two in one game against Vitoria Guimarães in the Europa League and one against Sheffield United). It does not exactly scream supersub given how often he has been involved from the bench.

However, he does have a knack of finishing seasons strongly and Arteta and Arsenal have to lean into every gain they can get from their record signing. Maybe the carrot of a nice new contract somewhere else in the summer can be dangled in front of his nose, maybe playing more regularly with a center-forward facilitator like Lacazette can wring some form from him.

Maybe the stars can align? Maybe he can just realize a little more of his talent? However it happens, it is difficult to believe that Arsenal will finish 4th if Pepe remains on zero Premier League goals come the conclusion of the season. Arteta and Arsenal have to find a way to avail of his end product without disrupting the other players who play his position, frankly, better than he does. It’s a challenge but one that the manager ought to relish if he wants to be coaching in the Champions League next season.

Sean Ross Sapp is reporting that there is discussion backstage about the Sasha Banks and Naomi situation and it may be addressed on...
Read more
NASCAR