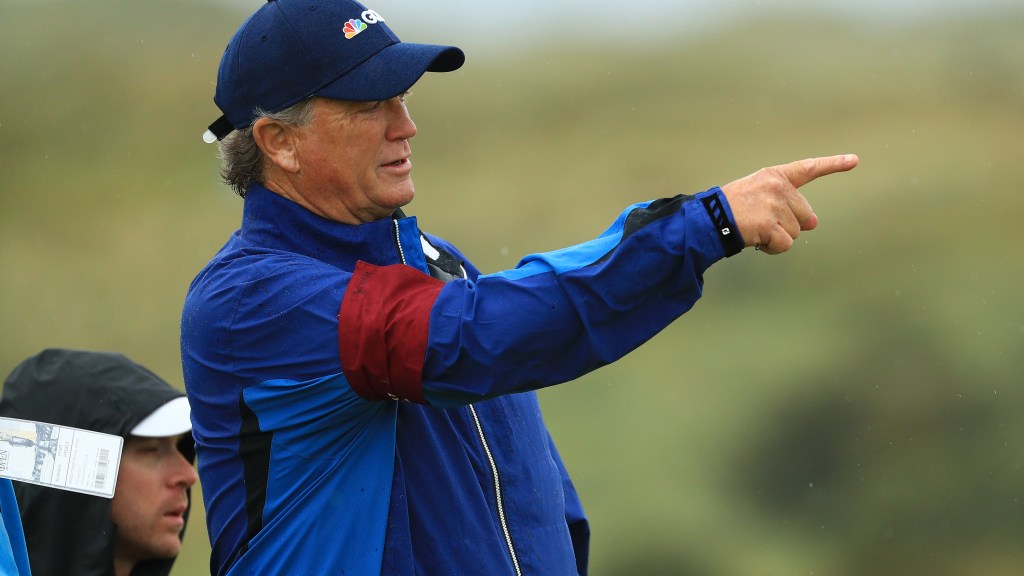 Peter Jacobsen is “disheartened” that some of the best players in golf asked for permission to skip the AT&T Pebble Beach Pro-Am in favor of receiving appearance money.

Jacobsen, 67, who retired from competitive golf this week and spends most of his time as a golf analyst for NBC Sports, had some choice words for the 20-odd PGA Tour pros, including Dustin Johnson, Bryson DeChambeau and Phil Mickelson, who elected to take guaranteed money and play the Asian Tour’s Saudi International instead of a staple of the Tour.

Jacobsen made his PGA Tour debut at Pebble Beach Golf Links in 1977 when the tournament was still known as Bing Crosby’s Clambake. Speaking from Pebble where he competed in the AT&T for the 32nd time, Jacobsen said, “This is the most important tournament on the PGA Tour and I think some of the players are a bit short-sighted when they do not understand that.”

AT&T has sponsored the event since 1986 and is the Tour’s second-longest running sponsor behind only Honda’s backing of the Honda Classic. AT&T also underwrites a second Tour event, the AT&T Byron Nelson in Dallas, and Jacobsen noted that the Pebble Beach pro-am is chock full of all the leading executives who sign off on the sponsor dollars that are the backbone of the Tour.

“What better place than Pebble Beach to spend time with and thank these corporations for sponsoring this Tour and giving all these players the opportunity to seek fortune and fame,” he said. “I understand getting appearance fee money. I’ve done that myself. But I think this is the one tournament that is extremely important to the success of the PGA Tour and it’s disheartening for me to see so many miss this tournament, so many of the stars, because I think the best players on the PGA Tour should be here and playing with the top people in business, the top people in entertainment and sports. It’s disheartening for me just to see this and I would have loved to have seen the best players in the world playing here this week. ”

Jacobsen played the AT&T consecutively from 1979 to 2008 and he’s long been a proponent of the pro-am as the lifeblood of the Tour.

“This event is a microcosm of what the PGA Tour is, what it should be and what it has become,” Jacobsen told the Associated Press in 2018. “If some players do not recognize that? That’s fine. I understand that. Those who do, I admire. I’ve said to a lot of guys, ‘How much money did you make last year?’ They say, ‘$ 5 million.’ I say, ‘Would you sacrifice one week a year to continue to make $ 5 million? Go play the AT&T. ‘ ”

Jacobsen also blamed the managers and agents of players, who typically receive a cut of deals negotiated on a player’s behalf such as show-up money, for giving advice that may have been self-serving.

“The players have gotten to where the only people they listen to are the agents. That’s a real bad direction for the game of golf to go, ”Jacobsen said. “I hope someday that somebody realizes how important this event is to the past, present and future of the PGA Tour.”

I am glad that my friend and countryman Canelo is going to have the third fight with Golovkin ... It is still unfinished...
Read more
MLB

Micah Parsons can do something only Lawrence Taylor, Luke Kuechly have done

Micah Parsons is the reigning NFL Defensive Rookie of the Year. Unlike most NFL accolades, this is a title that...
Read more
Load more