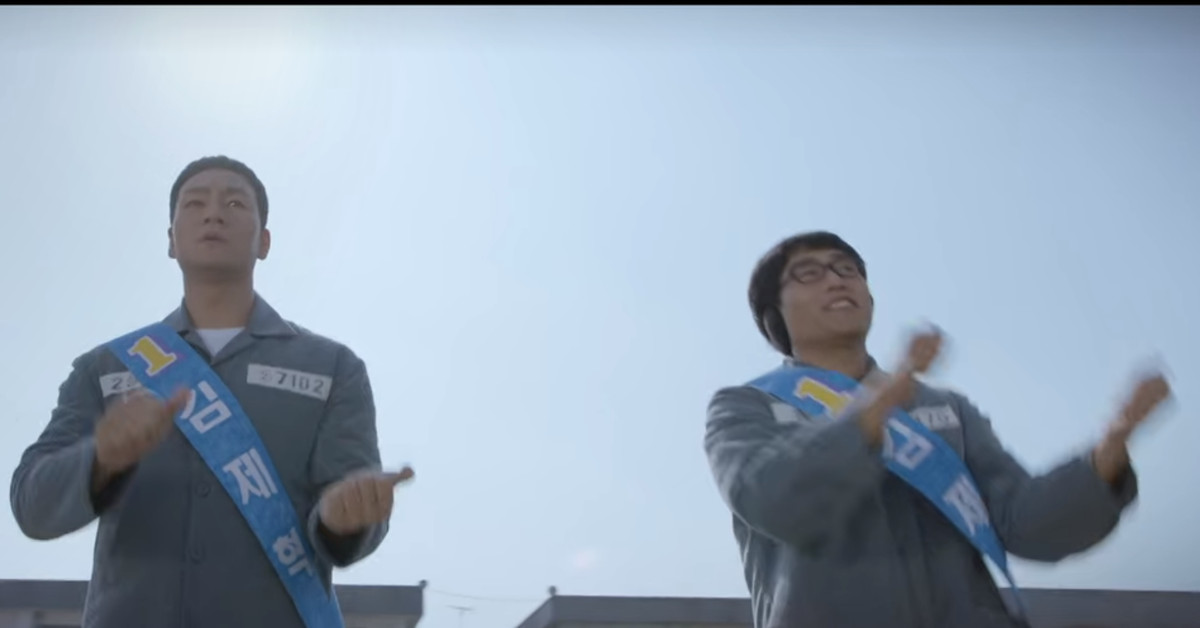 Last week’s episode concluded with the cliffhanger that, despite everything apparently going very well for Je-hyuk – he agreed to try to make a comeback in baseball! – he told Ji-ho (his ex-girlfriend) to stop visiting. If you’re hoping for a little movement on that front in this episode, you’ll be disappointed. We are treated to several flashbacks from both of them about how they were before Je-hyuk’s jail sentence and Joon-ho both call them idiots because they were not together, while it is clear that they both still care about each other. Yet neither of them talks to the other and there are no decisions made by either of the two regarding their relationship or lack thereof.

This episode has one driving force plot compared to the multiple threads of the last few episodes. It actually has the effect of making the episode look longer because there are no constant inferences. The new wood shop chief is just as willing or perhaps even more willing to be corrupt with Lieutenant Lee than the previous one. He demands that the prisoners work night shifts and while he promises them their night shift payment, he tells them that they can not have breaks because he doubles the amount of work they have to deliver compared to the previous guy. I had high hopes that someone with such a bright smile would be friendlier.

Dr Ko, of course, is not going to let it go. He has filed multiple petitions against this new status quo, but Lt. Lee continues to take it out of the petition box and throw it in the trash. Finally, Min-chul tells him that he should rather focus on making a proposal for a new change. Ko comes up with the idea of ​​asking the Warden to run for office. Unfortunately, Ko himself can not run because his prison level is too high. It’s extremely unclear to me why Ko, who is charged with a white-collar crime, would be considered more dangerous or criminal than Je-hyuk, who is in jail for excessive violence during self-defense, but that’s how Ko nominates Ko Je-hyuk. for the role.

Ko immediately becomes Je-hyuk’s de facto campaign manager and does the math – with the normal prisoners and the thugs on their side, Je-hyuk should easily win the election because the existing chief will only get a few votes. However, there is a week before the election, and Ko is still creating a plan, multiple pamphlets, and even some sketches and speeches for Je-hyuk to perform to maintain his position. Unfortunately, all of this has absolutely no effect, while Lt. Lee does something to convince the thugs to rather vote for his corrupt chief.

Dr. Ko does the new math and realizes that they will have to convince the four drug addicts on the wood shop team to vote for Je-hyuk. However, he will first have to convince them to vote at all. When he first approached them, they asked to be bribed, but he refused. Justice must prevail, according to dr. Ko! He comes up with a plan to write them a convincing letter. Election day finally dawns and they all vote for Je-hyuk! Victory for the good guys! They also loathe everywhere in Je-hyuk which makes Captain Yoo question whether Je-hyuk paid them and whether they are just in love with his fame. Je-hyuk tries to insist that it is Dr. Ko’s justice was, but eventually admits it was fame.

We are then treated to a flashback from the previous day. Je-hyuk approaches them, willing to pay them, but discovers they have all drastically changed their tune! They will all vote enthusiastically for him! Je-hyuk turns to find … Prison Bird! He was transferred to this prison and is the new supplier of drugs to all the addicts; he told them to vote for Je-hyuk in the election, otherwise he would cut them off.

The whole piece was quite funny, especially the efforts. It was also great to see the return of Jailbird, who swore to make Je-hyuk’s jail sentence as pleasant as possible. It’s quite nice to see how Je-hyuk’s interference with others in prison continues to bring him rewards, even after Joon-ho’s warnings against it. Speaking of Joon-ho’s warnings …

Each episode ends in a cliffhanger and this week is no different. Je-hyuk has several bullpen sessions throughout the episode, but things do not seem to be improving. He still can not even get the ball reliably from the hoop to the target he is aiming for. Much less with any speed or control. Joon-ho calls an end to the last workout and the camera follows him to the exit of the temporary bullpen when we hear the characteristic hit of a baseball hitting a plastic mat with authority. The camera turns around to show Je-hyuk and Joon-ho insists that he do it again. This time we get to see how Je-hyuk uses his right arm to cast a quality pitch, to hit the bull’s eye.

It turns out that Je-hyuk is a natural judge. He pitched with his left hand because his father insisted on it when he was a child. This apparently made him a two-sided pitcher. For now, it seems everyone is considering that he might return as a right-hander until he can recover his left shoulder – which will take a long time – and at least get back into the game. His right-handed fields are not as good as his best left-handed fields, but they are better than anything he can do left-handed at the moment. Of course, he also still has to complete his prison sentence, so there is a lot that can happen between now and then as well. Yet it will be interesting to see how it affects his attitude and rehabilitation efforts!

© Brad Penner-USA TODAY Sports The Yankees and Mets have the best records in their respective leagues, but both teams took their lumps in...
Read more
Load more