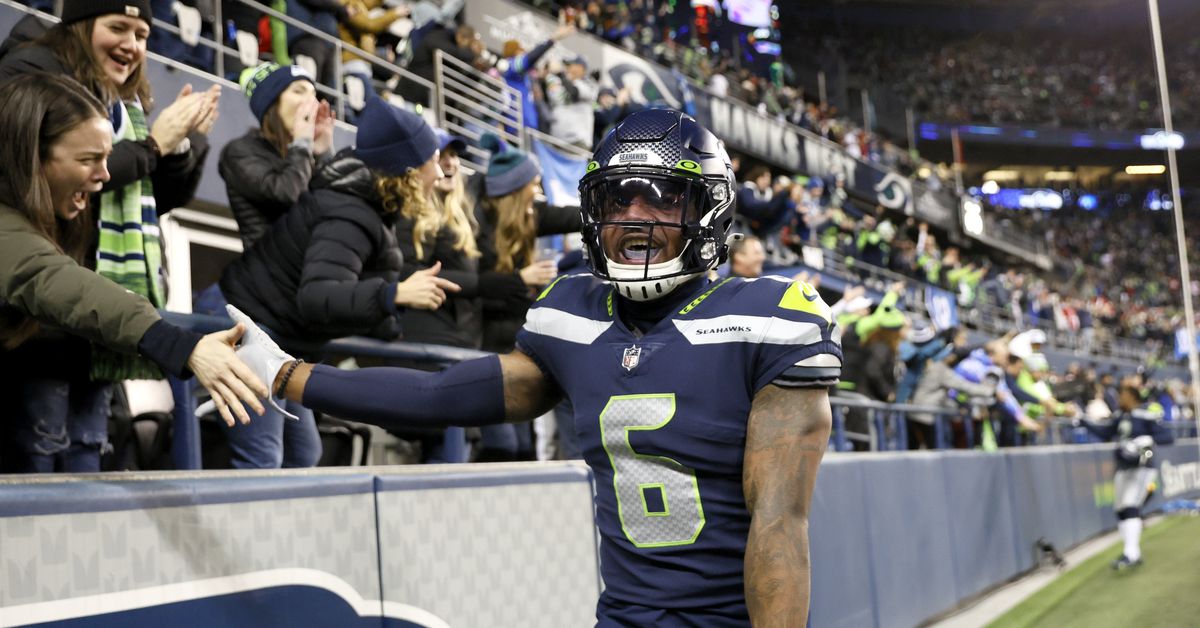 When Seattle Seahawks safety Quandre Diggs went down in Week 18 against the Arizona Cardinals with ankle and fibula injuries, players on both sides of the field were moved to tears. But then the sports world responded with a type of support that speaks the highest praise of Diggs’ character.

Quotes and interviews are just a glimpse into the impact that the man Quandre Diggs has had on hundreds, as players and coaches across the country spoke out in support and hope for Diggs.

It’s because Diggs has been generous with everyone around him. And for Diggs, it’s never been for public appearance; it’s simply his character.

See, while some players may have a foundation, charity, or other organization that they use to reach into the community, Quandre Diggs has been consistently and intentionally selfless for years.

It starts with his family.

In 2019, Diggs returned to Angleton High School in Texas with several of his Detroit Lions teammates. He led an event to give backpacks filled with school supplies to the kids at the school he had attended. Making the event extra special was the entire family, including Diggs’ mom, dad, and infant daughter.

For me, it’s like a dream, but at the end of the day I’m blessed. God has blessed me in so many ways and it’s my responsibility to give back to these kids.

Detroit Lions star / AHS alum Quandre Diggs stopped by AHS today with several Lions players to donate 100 backpacks full of school supplies to AISD students! The team is preparing for a match up against the Houston Texans and took time out of their training schedule to give back. pic.twitter.com/6YwH1wxt2S

In 2020, Diggs took part in the NFL’s December to Remember. Only 20 players participated in giving $ 800 Amazon gift cards to families for Christmas presents. Diggs chose 10 families in Seattle, five in Detroit, and a few more in Angleton, Texas. All of the families were connected to agencies committed to transforming the legal system and providing alternatives to quick incarceration for teens who fall through the school system.

Last year, Diggs did his thing again. His style remains self-initiated and on the casual side, but his consistency and charisma have often drawn others to follow. February 2021 was no exception.

During the unusually intense winter storm in Texas last year, Diggs flexed his leadership muscles, and again athletes were naturally drawn to his example.

Diggs and his girlfriend Abby tracked down a couple of businesses that were able to operate, and sponsored meals for anyone who was in need.

Other Seahawks players immediately joined in.

This is worth catching: Quandre Diggs is not often alone in these endeavors. Leading by example only works if people are actually following. There are many who think they might be leaders, when in reality if they were to turn around and look, might find that people are not with them.

But for Diggs, this is not a problem, because he’s put in the effort to become someone worth following. His selflessness does not start and end with a charity event. Why are players so quick to join Diggs, whether in online support or in person for an initiative?

It’s because he’s led by serving, and he’s done it for years.

“Giving back” is more than an occasional event for Diggs; it always has been. Like his smack talk on Twitter, or his dedication to intercepting Matthew Stafford, Diggs will not quit – this time with open-handed affirmation.

While undoubtedly laying low at home recovering from a surgery, Diggs remains his usual steadfast presence online, only now he’s not making fun of Tyler Lockett’s hair. In fact, he’s retweeted every possible option to vote for Lockett for Walter Payton Man of the Year.
Additionally, he’s giving shoutouts to the masses.

A cynical perspective of the NFL might conclude that it is dominated by selfishness: athlete holdouts, untrustworthy owners, temper tantrums, and more.

While much of that is overblown, it is present to a degree, and more so online, where social media tends to give the more negative soundbytes.

That’s why Diggs’ continued presence – at the most personally difficult time of his career – is so refreshing.

Quandre Diggs feasibly lost several million in free agency when he went down in the final quarter of the final game of the final year of his contract. It was, quite literally, as bad as it gets for an athlete’s biggest fears. That Diggs continues to use his voice to uplift athletes who are still playing a game that he currently cannot is commendable and representative of who he is.

Encouragement is one of the purest forms of generosity. Lifting up another at no gain to self is not what anyone would call a trademark of American culture. But it’s part of Diggs’ character, and if you’ve ever been around somebody who has developed the gift of encouragement, it’s incredibly powerful. It naturally draws people in, and is unquestionably why Diggs has so many followers among the NFL community. Guys across the league look up to Diggs because he made simple investments into them.

Quandre Diggs does not have a foundation like Bobby Wagner or Russell Wilson, and his pattern suggests that he probably will not. Instead, he lives and leads out of his intentional selflessness. This past year, he changed his jersey number from 37 to 6 simply to honor his older brother Quentin Jammer, formerly of the San Diego Chargers.

He’s been wearing No. 6 to support his big bro since little league baseball.

Diggs lives to build others up. It’s among the most needed traits in our society these days, and nobody does it better than Diggs.

Jose Benavidez Jr. does not believe Jermall Charlo or Caleb Plant will fight his brother David Benavidez because neither of them wants...
Read more
MLB