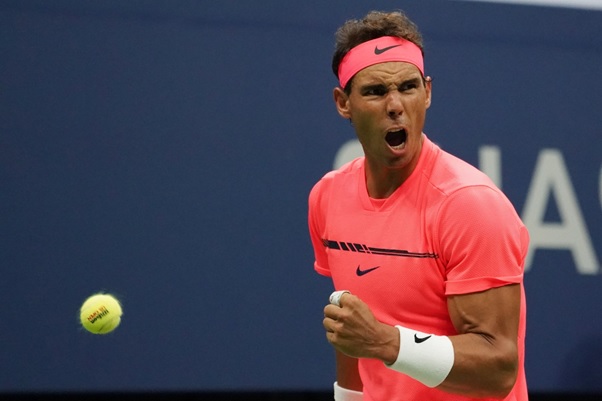 Every so often, an athlete will come into a sport and change everyone’s expectations. Fortunately, for tennis fans, the last decade has blessed us with a proverbial big three – Novak Djokovic, Roger Federer and Rafael Nadal. Grand Slams are the currency of success in tennis and while Djokovic may have dominated the Australian Open in recent times, winning three in a row between 2019 and 2021, his stance on the coronavirus vaccine led to his deportation from Melbourne and Nadal swooped in to pick up a record breaking 21st Grand Slam.

Indeed, it was the Spaniard who tasted success Down Under when he overcame the odds and saw off Daniil Medvedev. Despite being two sets down, and his last few months riddled with injuries and inconsistency, we saw a performance from Nadal worthy of a champion. His foot problems, which have been a recurring theme of a difficult few years, again caused him some very visible pain. But the fact he was able to play through it and preserve a 2-6, 6-7(5-7)6-4, 6-4, 7-5 victory demonstrates what a winner Nadal is and how he can certainly stake his claim as one of the greatest to ever grace the game.

That is to take nothing away from Medvedev. The Russian, who is currently ranked second in the world, enjoyed a great tournament and was hardly an underdog to those sports betting with SkyBet. He saw off Stefanos Tsitsipas in the semi-final and started the final at the Rod Laver Arena aggressively, playing some explosive shots with a lot of versatility as he cruised through the first two sets. It was obvious the semi-final had taken a lot out of the 25-year-old, who looked fatigued in spite of being ten years younger than his opponent – more of a mental drain than anything.

His outburst at the Greek Tsitsipas, who Medvedev believed was receiving coaching in the second set, was something he regrets, but psychosocially looked to have affected him, and that lack of experience and composure was something Nadal capitalized on excellently to outlast the Russian and take home the trophy.

Nadal looked so comfortable in the latter stages, reaping the rewards for his hard work to return to court. He’s already demonstrated how well he plays on the clay, with a lot of his success in the French Open coming on the red surface, and with the power unleashed by his left hand against Medvedev, the Spaniard was playing like a man possessed, almost relying on pure adrenaline as he admitted the match was physically draining on his body.

“If you put everything together, it has probably been the biggest comeback of my tennis career,” he said. “For the last six months, I really fought a lot to try to be back on court.

“There have been very, very tough moments. There have been conversations, tough ones, because you do not know if I was going to have the chance to be back on the tour. ”

To anyone who believed Nadal had run his course and that injuries had taken their toll, just look at the elation illustrated on his face after victory in Australia. Had Djokovic been present, perhaps things might have panned out differently. Admittedly, a strong surge of momentum carried the Spaniard through to his place in the history books, but the pressure is on to consistently deliver and Nadal’s extremely high standards and will to win could stand him in good stead for a brilliant 2022. The question now is whether this will be the only Grand Slam victory he tastes this year.

2021/22 was a season filled with, in the league at least, overachievement on the part of Tottenham. The Lilywhites secured a top-four berth and...
Read more
NBA