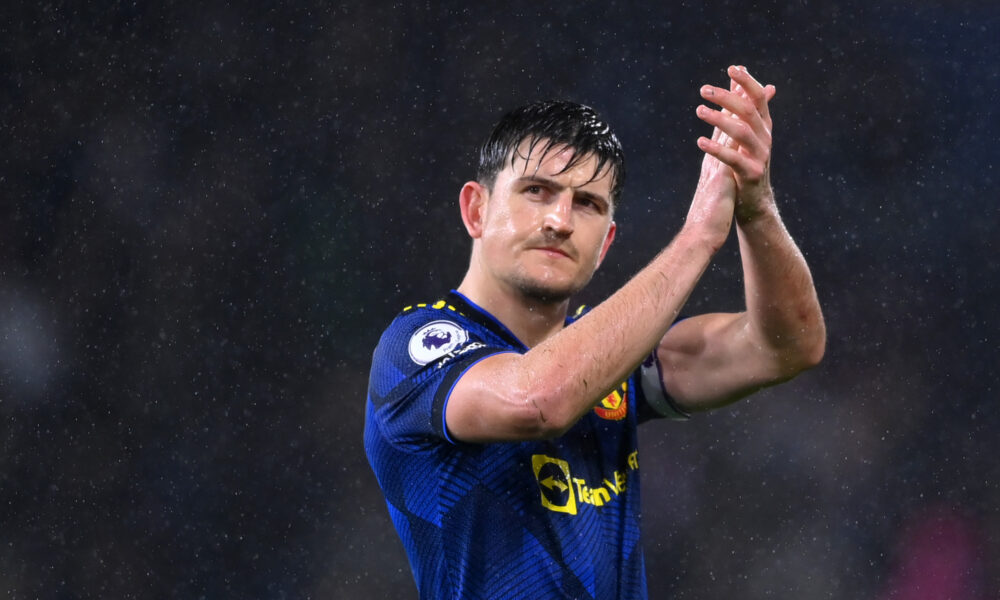 Manchester United lost ground in the top four race on Tuesday night following a disappointing 1-1 Premier League draw against Burnley on the road.

The Red Devils opened the scoring through Paul Pogba in the 18th minute. The Frenchman came up with a powerful finish from the edge of the box.

Either side of that strike, United had two goals chalked off, and the first of those will undoubtedly frustrate some fans due to the nature of the incident.

Raphael Varane appeared to have bagged his maiden goal for the club from a Bruno Fernandes free-kick, but it was overruled by VAR for offside.

While Varane was onside for his header, Maguire interfered with play (from an offside position) by blocking Jay Rodriguez’s path.

United deserved their first-half advantage, but the joy was short-lived after the break with Rodriguez equalizing within two minutes of the restart.

Maguire was easily turned inside out by Wout Weghorst. He then failed with his cumbersome attempt to dispossess Jay Rodriguez, who calmly slotted the ball past David de Gea.

The 28-year-old has endured an average campaign by his usual standards. His poor showing yesterday was capped off with a cynical foul on Rodriguez following the hour mark.

Luckily, the incident happened around the halfway line or the £ 43.2 million-rated star would have received his marching orders as Rodriguez was through on goal.

Interim boss Ralf Rangnick has not been shy from making changes when a player underperforms, and it was evident last night with Cristiano Ronaldo starting on the bench.

The German tactician may hand a similar treatment to Maguire, and it will not be a surprise either. Victor Lindelof is back to full fitness after a period out with an illness.

The Swede was an unused substitute and should be fancied to replace Maguire following his poor showing. United entertain Southampton in Saturday’s early kick-off.

Effectively Wild Episode 1849: When the Whiff Hits the Fan

Ben Lindbergh and Meg Rowley banter about a wave of baseball ads for cryptocurrencies and NFTs coinciding with crashes in the crypto and...
Read more
Load more