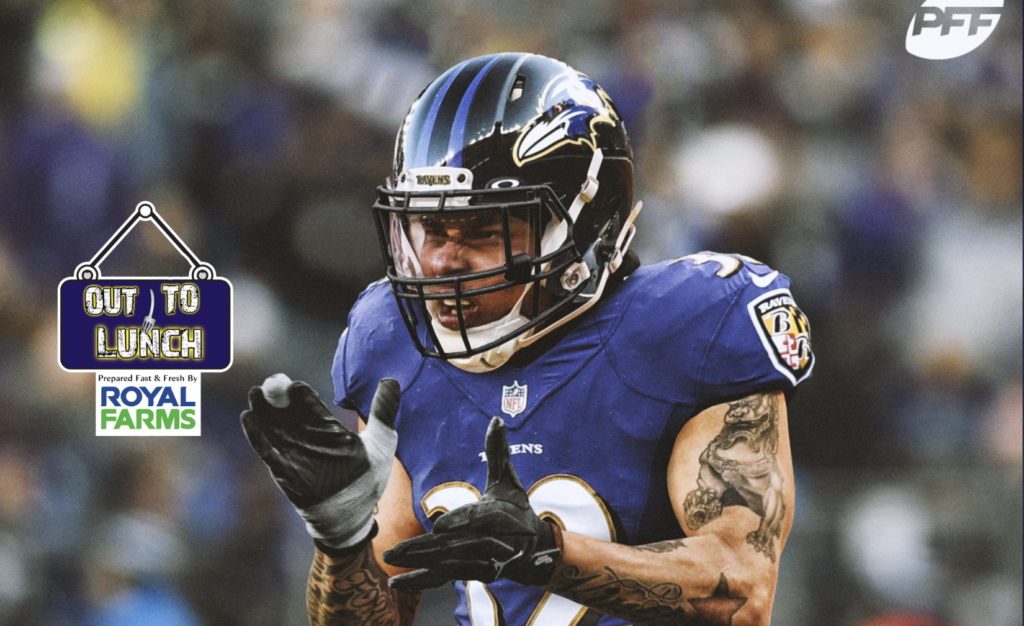 Greetings again, Flock. We’re back to start another week, but this is not just any week – it’s Super Bowl week. As unbelievable as that seems, considering how it feels like just yesterday the Ravens lost that heartbreaker in Vegas, it’s even more ridiculous that we’re about to watch a week full of interviews of the Cincinnati Bengals. I still can not believe it. Anyway, let’s see what’s poppin ‘(how do you do, fellow kids.gif).

Speaking of Vegas, that’s where the Pro Bowl was played yesterday. While the game has become a bit of a parody of itself (seriously, just give them flags at this point), one Raven stood out.

Tune in to the Pro Bowl on ESPN! pic.twitter.com/4hCdOD9WuA

Tune into the Pro Bowl on ESPN! pic.twitter.com/kQ5EW0XzgY

Atta boy, Mark. Of course, the guy who threw him his two touchdowns, Justin Herbert, was named the game’s offensive MVP. Par for the course.

Not all the Pro Bowlers had a good weekend, unfortunately.

#Saints RB Alvin Kamara has been arrested in Las Vegas for battery resulting in substantial bodily harm. More below via @LVMPD: pic.twitter.com/S2e1eMZms2

Earlier this weekend, the Ravens announced some news, as Friday evening (they love their Friday evening news dumps) it was revealed that longtime team President Dick Cass was retiring.

If you look up “class” in the dictionary, chances are beside the definition, is a picture of Dick Cass. His mark upon the #Ravens is indelible. Plus, we unpack some of what EDC shared on Friday. Enjoy your weekend #RavensFlock Special thanks to @sgellison https://t.co/NBMlfdANvt

Cass will be replaced by Sashi Brown. Brown was most recently the president of Monumental Basketball, involved in operations for the Washington Wizards and Mystics. Before that, he worked for the Jacksonville Jaguars and Cleveland Browns. Welcome to Baltimore, Sashi, and happy retirement, Dick!

Wishing the best to @ Bruce45sports in retirement. 45 years in broadcasting and the voice of “Don’t be a jerk!” is quite an accomplishment. Here’s to your new chapter. May it be as rewarding! pic.twitter.com/SVuPPUJcrD

Not retiring, but soon to be a free agent, is safety Tyrann Mathieu. PFF decided to tease Ravens fans a bit.

Should the Honey Badger move to the Charm City? 😈 pic.twitter.com/pWLf5ad9te

Ok, first off, it’s Charm City, not “The Charm City.” Secondly… yeah, I will not be holding my breath on that one. Honey Badger is going to demand big money somewhere, and dropping that type of coin on a free agent isn’t Baltimore’s MO But hey, maybe Mike Macdonald loves the guy and can make a case? Though he’s been in the league for nine years and played for three different teams, the guy will still play the 2022 season as a 30-year-old. To compare, Ed Reed was 30 during his incredible 2008 season.

Have a great Super Bowl week, Flock! Good luck in your block pools on Sunday, and go Rams.